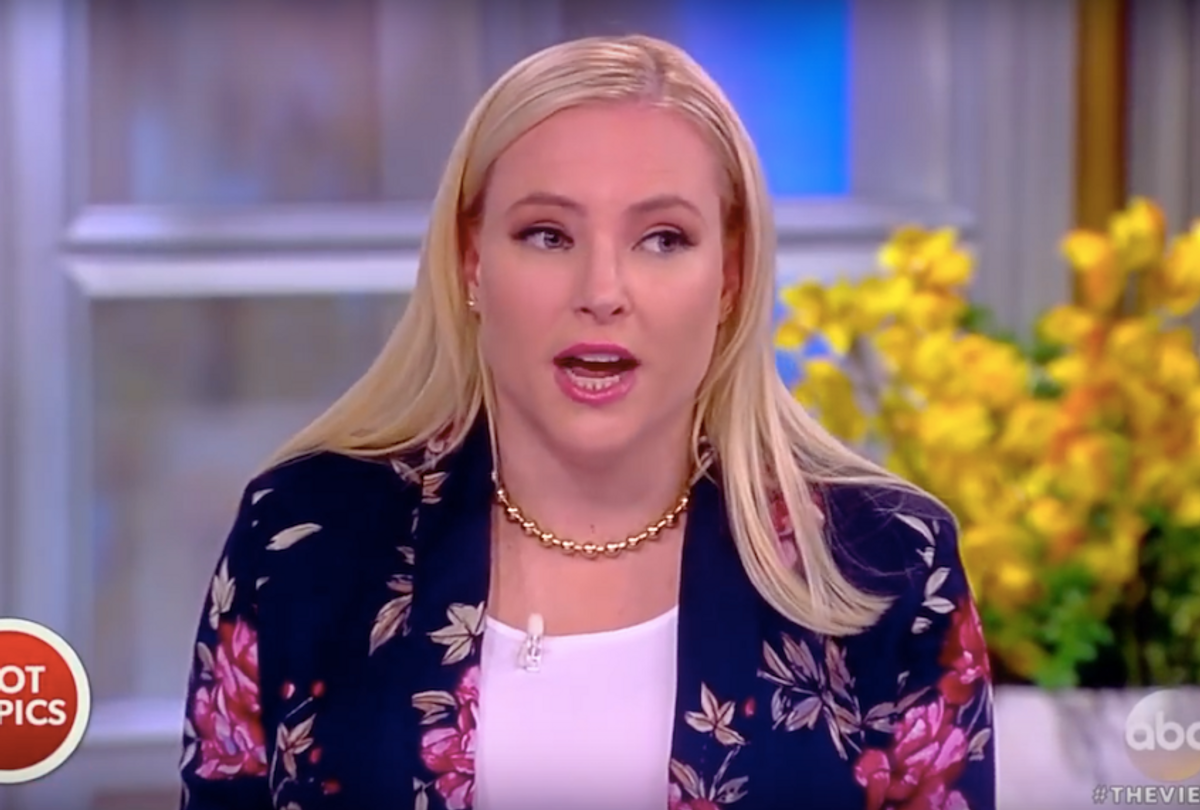 “The View” co-host Meghan McCain said Melania Trump should have listened to a White House adviser if she cautioned the first lady against wearing a pith helmet on a recent trip to Africa.

The first lady made news Tuesday by calling for deputy national security adviser Mira Ricardel to be fired as part of an ongoing personal dispute, and McCain gave grudging credit to Melania Trump for going public with the feud.

“I don’t know what’s worse, leaking or doing it publicly,” she said. “That’s how I roll — I’m a straight shooter. If I have a problem I’m not going to leak stuff.”

“The one thing I will say is the Africa trip, as we talked about on this show, wasn’t totally (well) received globally,” McCain said. “We talked about the pith helmet, the controversial attire. If this woman (Ricardel) is telling her something she doesn’t want to hear, maybe she should start listening to things you don’t want to hear. One of the things, in my experience, is you’ve got to surround yourself with people who aren’t going to be yes men telling you what you want to hear every day.”

Co-host Joy Behar said the first lady should fire whoever encouraged her to wear a jacket that said, “I don’t care, do u?” while visiting migrant children detained near the border — and colleague Sunny Hostin pointed out Melania Trump had admitted to sending a message with her clothing.

“Then she should fire herself,” Behar said.

Conservative Abby Huntsman, on the other hand, suggested the first lady was right to weigh in on White House personnel matters.

“What Melania has accused this woman of is leaking, and where I would disagree with Meghan a little bit is this White House is famous for leaks, and the people that are in that White House, they still haven’t gotten control of that,” Huntsman said. “There has to be frustration with Melania.”