Monica Lewinsky: "I can help ensure that what happened to me never happens to another young person"

The "victim or vixen?" question was often used to degrade Lewinsky in 1998. In 2018, she suggests we stop asking it 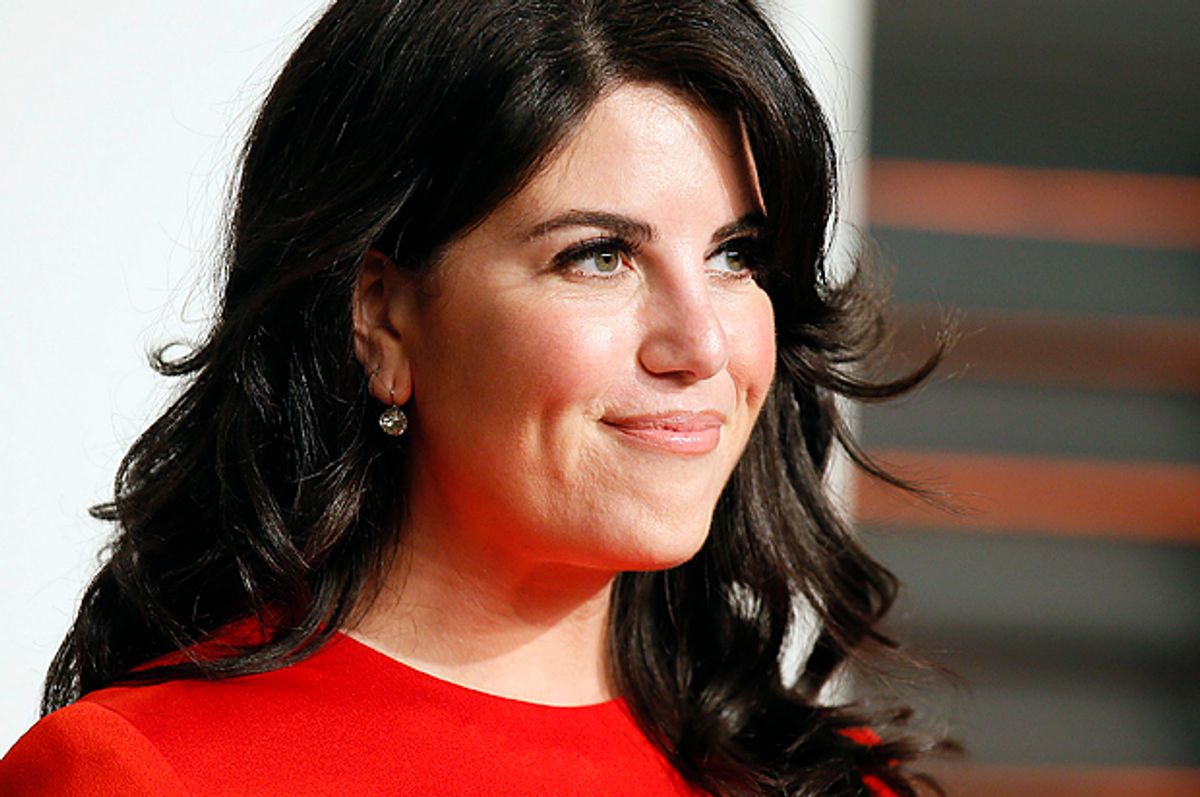 Without a doubt, if President Bill Clinton's extramarital affair with White House intern Monica Lewinsky happened in 2018, the whole scenario would be cast very differently — at least by some. Because of the #MeToo movement, the public has more a nuanced understanding of the power dynamics at play when it comes to workplace relationships, and consent more generally. It is an evolution that has informed Lewinsky's own framing of her role and treatment in the affair and its aftermath 20 years ago.

Until recently, she had remained firm that the relationship was consensual; only this year, surrounded by #MeToo disclosures and women rewriting their own narratives, has she started to recognize how complicated "consensual" was when it came to the most powerful man in the country, 27 years her senior. Most recently, Lewinsky agreed to participate in 20 hours worth of interviews for a docuseries premiering this week on A&E, titled "The Clinton Affair," and in a new article for Vanity Fair, she explains why she decided to relive the trauma.

"Do I wish I could erase my years in D.C. from memory, Eternal Sunshine of the Spotless Mind–style? Well, is the sky blue? But I can’t," Lewinsky wrote. "And in order to move forward in the life I have, I must take risks—both professional and emotional. (It’s a combustible combination.) An important part of moving forward is excavating, often painfully, what has gone before. When politicians are asked uncomfortable questions, they often duck and dodge by saying, That’s old news. It’s in the past. Yes. That’s exactly where we need to start to heal—with the past."

She continued: "Filming the documentary forced me to acknowledge to myself past behavior that I still regret and feel ashamed of. There were many, many moments when I questioned not just the decision to participate, but my sanity itself. Despite all of the ways I tried to protect my mental health, it was still challenging."

Lewinsky said that one of the most palpable feelings she has endured has been grief in many forms: for the pain she caused others; "for the broken young woman I had been before and during my time in D.C., and the shame I still felt around that"; grief by way of betrayal from someone she believed cared about her wellbeing; for her many lost years; and for being minimized to "That Woman," reduced to a sexual act in service of a man.

Clinton's famous denial in the Oval Office – "I did not have sexual relations with that woman, Miss Lewinsky" – ignited her "demonization," Lewinsky argued. "As it so often does, power throws a protective cape around the shoulders of the man," she added, "and he dictates the spin by denigrating the less powerful woman."

Yet, just as Lewinsky has reexamined the notorious affair from the late '90s, so has the country. But time has not moved Clinton in the same way.

"For the first time in more than 15 years, Bill Clinton was being asked directly about what transpired," Lewinsky wrote in Vanity Fair. "If you want to know what power looks like, watch a man safely, even smugly, do interviews for decades, without ever worrying whether he will be asked the questions he doesn’t want to answer. But in June of this year, during an interview on NBC, Craig Melvin asked Bill Clinton those questions. Was I owed a direct apology from him? Bill’s indignant answer: 'No.'"

"What feels more important to me than whether I am owed or deserving of a personal apology is my belief that Bill Clinton should want to apologize," she added. "I’m less disappointed by him, and more disappointed for him. He would be a better man for it . . . and we, in turn, a better society."

Hillary Clinton has also similarly lacked self-reflection from the events from 20 years ago. During an interview earlier this month, she dismissed the idea that the relationship constituted an abuse of power.

But, inspired by the plethora of women coming forward to reframe and rewrite their stories – their own histories of violence – Lewinsky says she felt compelled to do the same. "Throughout history, women have been traduced and silenced," she wrote. "Now, it’s our time to tell our own stories in our own words."

"Yes, the process of filming has been exceedingly painful," Lewinsky continued. "But I hope that by participating, by telling the truth about a time in my life—a time in our history—I can help ensure that what happened to me never happens to another young person in our country again."