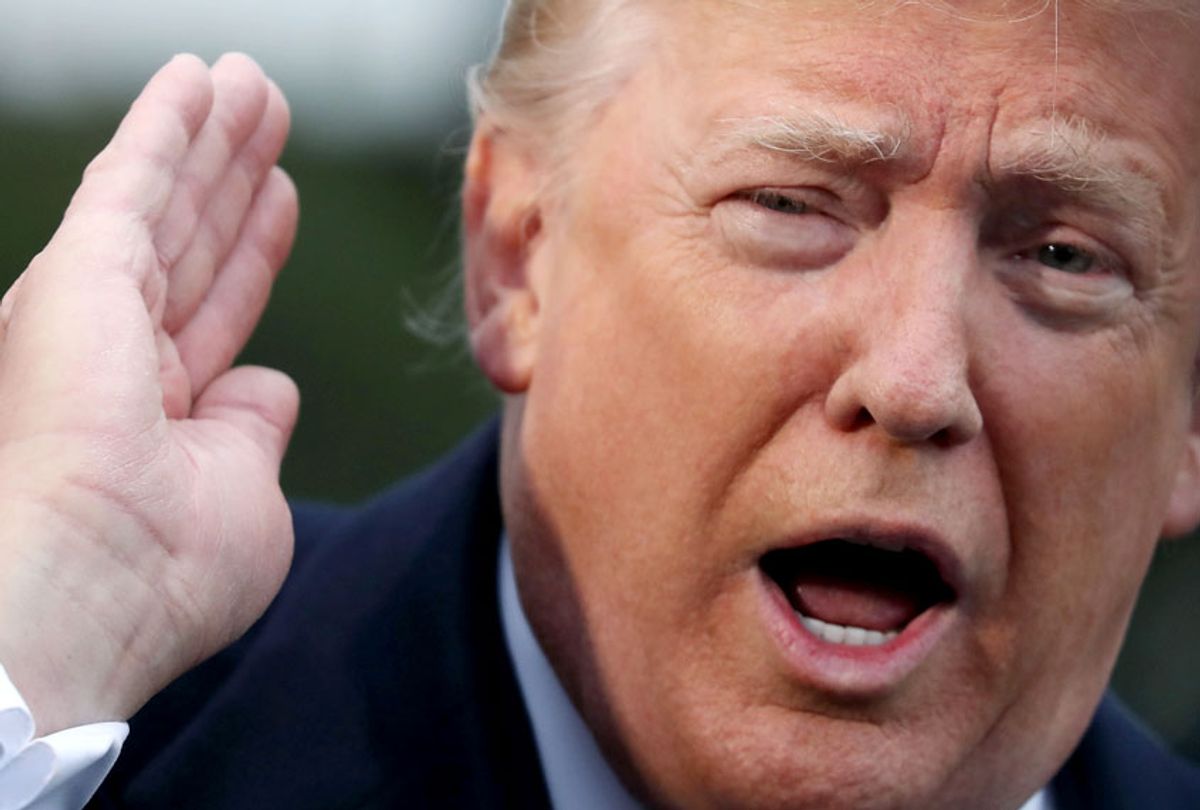 President Donald Trump called for the termination of Broward County Elections Supervisor Brenda Snipes during an interview with the conservative publication The Daily Caller that was published on Wednesday.

After referring to Snipes as a "disaster," Trump referred to accusations that Snipes had been involved in illegally opening ballots and destroying ballots in the past.

"You look at her past, she’s a disaster. Even with me. I won Florida and, you remember? That area, Broward, didn’t come in. You can only put in so many votes, although she may change that system," Trump told The Daily Caller. He added, "When they call this woman incompetent, they’re wrong. She’s very competent but in a bad way."

The president then argued that Snipes needed to have been removed from her office a while ago.

"Well, many votes were added to that, and, you know what’s going on. And now they have mixed them up. They mixed the votes up and now you can’t find the ones that were put in, they just put ’em in to a batch," Trump told The Daily Caller.

He also reiterated his earlier call for stronger Voter ID laws and repeated his unfounded assertion that illegal voting is a problem for the Republican Party.

"The Republicans don’t win and that’s because of potentially illegal votes. When people get in line that have absolutely no right to vote and they go around in circles. Sometimes they go to their car, put on a different hat, put on a different shirt, come in and vote again. Nobody takes anything. It’s really a disgrace what’s going on," Trump told The Daily Caller.

He later added, "If you buy a box of cereal — you have a voter ID. They try to shame everybody by calling them racist, or calling them something, anything they can think of, when you say you want voter ID. But voter ID is a very important thing."

When asked how he would prevent a debacle in Florida during the 2020 presidential election, Trump insisted that "first thing you do is fire her and her cronies. You get ’em out."

By contrast, journalist Greg Palast spoke with Salon by email on Tuesday about how the Republican Party is trying to rig the outcome of the election.

"My very first US investigative report was published by Salon in 2000 about the theft of the vote in Florida, then still in progress," Palast explained. "2018 and the photos are nearly identical to 2000 — GOP bullies trying to stop the vote count (in 2000, a riot by GOP operatives in the Miami-Dade elections office successfully shut down the vote). In 2018, menacing crowds supporting the GOP are chanting 'Stop the Count!' the exact phrase the GOP chanted in 2000. And in 2018, Democratic demonstrators are chanting, 'Count all the votes! Count all the votes' - the exact same (failed) chant from 2000."

Palast added, "In 2000, Democrats were calling for all votes to be counted - no games, no disqualifying ballots for 'hanging chads' or other gimmicks. The Republicans were adamant, led by Governor Jeb Bush and his Secretary of State Katherine Harris: don’t count all votes. In the end a whopping 178,000 ballots were disqualified — and George W. Bush won Florida and the US presidency by just 537 votes."