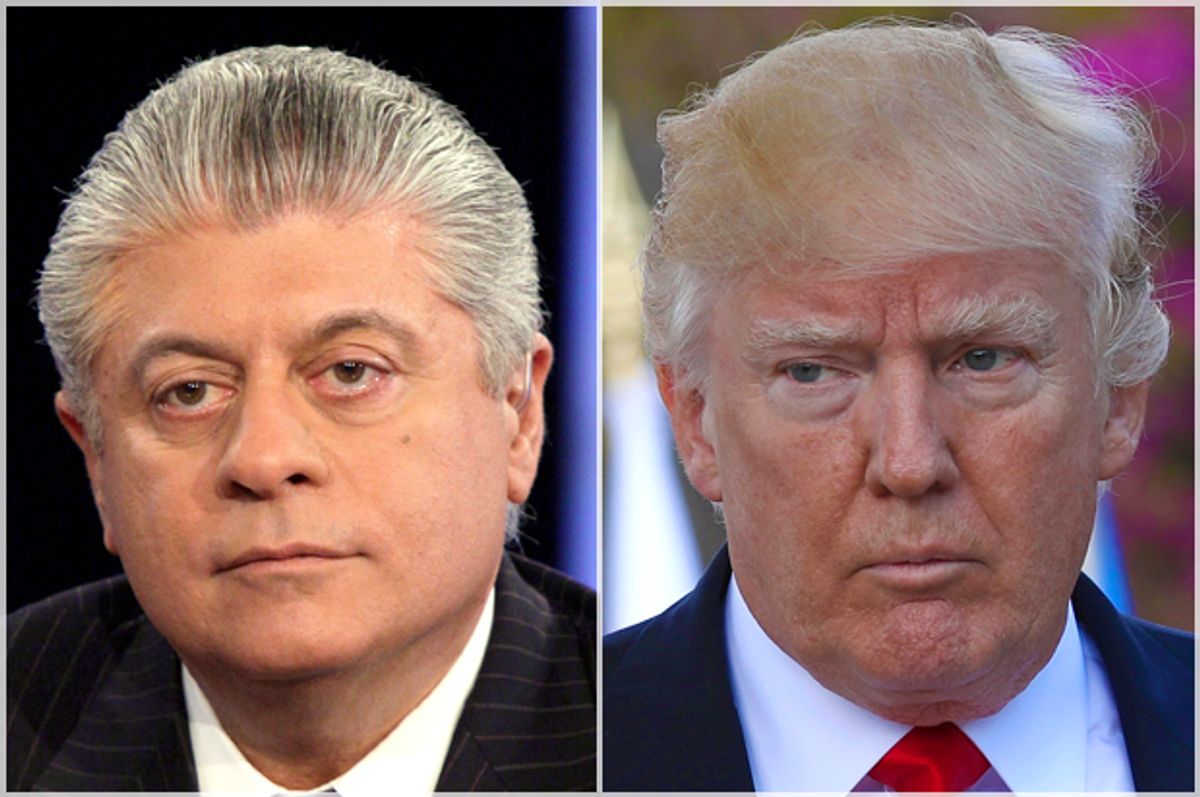 "Do you think the Maryland lawsuit regarding the appointment of Matt Whitaker as acting attorney general is legally valid? Do you think they have a case?" I asked Judge Napolitano earlier this week.

"The answer to both questions is yes," Napolitano replied.

"It is legally valid because it comes in the context of litigation in which the Attorney General of the United States is a defendant. So it’s perfectly appropriate for them and they do have standing to suggest that he’s not the lawful Attorney General of the United States. The reason they have a case, so to speak, is because there are two statutes governing who can run the Justice Department. A general statute that applies to who can run the principal department of a government when there’s a vacancy in the head of that department, like Secretary of State or Attorney General or Secretary of Defense, and then there’s a specific statute that applies just to the DOJ. So the traditional judicial analysis when two statutes clash — one clash, one is general and one is specific — is to apply the specific. In fact, the general one even makes reference to the existence of the specifics since the general one, the Vacancy Act, came after the specific one."

He added, "All of this means, in my view, that any judicial mind examining the circumstances of Mr. Whitaker’s appointment would find that it is not lawful because it does not comply with the specific statute, which requires that whoever runs the DOJ — I’m not talking about any other department, but the DOJ — must have been nominated by the President, confirmed by the Senate at the time they are elevated. The reason for that is because of the extraordinary authority vested in whoever runs the DOJ. You might say, 'Well, the Secretary of Defense has extraordinary authority, he kills people.' Yes, he does, but he can’t fire a shot without the President’s permission. The Attorney General does not need the President’s permission to commence a criminal investigation, to direct the FBI, or to shut down a criminal investigation. For that reason, Congress required the Senate confirmation because Congress wants to know the legal thinking of the human being who’s going to run the DOJ. It’s too much power, Congress wrote — not I — to put in the hands of an untested, unexamined person, which is what Mr. Whitaker is. By untested and unexamined, I mean untested and unexamined by the rigors of the Senate confirmation process."

Napolitano concluded, "I suggest to you Matt, that the Federal Judge in Maryland will find the argument I’ve just summarized appealing."

Napolitano is a unique figure in the American political and media landscape. A former judge on the New Jersey Superior Court, he is a longtime friend of President Donald Trump and continues to correspond with the president. As an avowed libertarian, however, Napolitano has not hesitated to publicly criticize the Republican politician who occupies the White House when he believes him to be wrong. On Nov. 27, he will host a live program on Fox Nation called "Liberty Files," one that will cover current events from his libertarian and judicial vantage point and include live guests.

"Liberty Files is the new FreedomWatch. We will monitor the government – all American government – as it infringes personal liberty, takes private property, and stifles economic opportunity," Napolitano told Salon by email. "We will call it out when it does these things; and we will do so directly, fearlessly, and often with humor."

When I asked Napolitano if he is concerned about alienating the president by criticizing him on a matter that Trump clearly finds to be very important, he explained the nature of their decades-long friendship.

"My job is to be intellectually honest, to explain the Constitution and the law and occasionally Economics 101 as I understand them to be. Sometimes that conflicts with what the President that wants to hear. If I do it in an intellectually honest way, I’m satisfied with what I’ve done," Napolitano explained. "That does not always please everybody, but my job is to please the people I work for, who require intellectual honesty of me. My position is a little unique because the President has been a friend of mine for 25 or 30 years and, occasionally, I hear from him on these things in his own unique and inimitable way."

Salon will run its full interview with Judge Napolitano later this month.