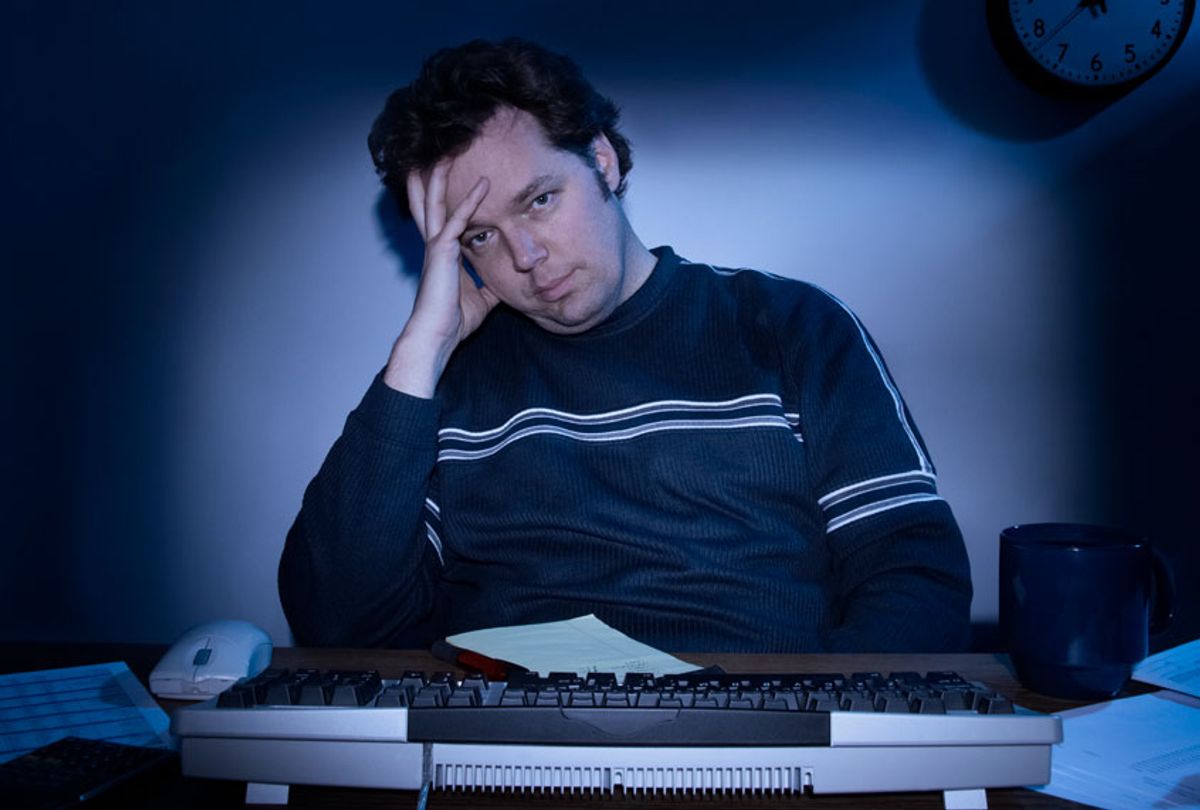 When I read that Scott Paul Beierle, the 40-year-old man who murdered two women and injured five other people at a yoga studio in Florida, identified with the self-proclaimed "incel" (shorthand for "involuntary celibate") Elliot Rodger, I was, sadly, unsurprised.

This isn't the first time that a mass shooter was revealed to have been motivated by hatred of women. Rodger infamously shot up a California sorority in 2014 because he believed women were unjustly uninterested in him romantically; earlier this year, Alek Minassian drove a van into a pedestrian area of Toronto to target women because of his own sexual frustration; back in 2009, George Sodini went on a killing spree at a fitness center in Pennsylvania because of his struggles finding a girlfriend and having sex. And even when these frustrated men don't engage in literal violence, there are countless women who can report being harassed online or in person by individuals who feel bitter about a sexual world that seems to reject them.

In all these cases, the men in question were victim to the American conception of masculinity that made them feel deeply inadequate. Conservatives mock the phrase “toxic masculinity,” and yet it is a useful turn of phrase to describe the set of feelings, normalized in our culture, that define our conception of what it means to be a man. When men cannot achieve the masculine ideal, they often self-shame, feel they are losers or mocked by society and doomed to die alone. Many more men feel this way who do not turn to violence; in all cases, shaming men for not adhering to this horrid masculine ideal only makes inadequate feelings worse.

A study published recently in the journal Evolutionary Psychological Science offered some insight into the ways in which men deeply internalize said feelings.  Though it relied on qualitative data, specifically culled from Reddit comments, the paper — titled “Why Men Stay Single? Evidence from Reddit”— offered some startling insights into the problems that seem to afflict men who complain on the popular online forum and aggregator site about being single, many of whom identified with the term "incel." It helped me learn more about the type of man who goes to an online forum to find solace for the problems in his personal life and to see, at least based on anecdotal evidence, how their plight can seem unshakeable.

"Cause I am ugly as fuck and have been cursed with awful genetics," one Reddit user profiled by the study complained.

"I’m completely fine talking to people I have [zero] interest in, but if I remotely have a crush on you I’m probably gonna be really fucking awkward. Any semblance of social skills I have go out the window if I have a crush on you," wrote another.

"I cant tell the difference if a girl is just nice to me or she is in to me. So I kinda let everything slip away," observed a third.

And this one seemed to sum up a lot of the comments that I've personally found when scrolling through Reddit: "Many rounds of rejection. Just gave up after a while. I’ll be fine on my own."

Such a culture of masculinity hurts men psychologically, and often hurts women physically. So what is the solution to this social problem?

"The first thing I would suggest is to listen to women," Harris O'Malley, better known as Dr. Nerdlove, told Salon by email. "One of the problems that comes up a lot is that men tend to make assumptions about women — what they want in men and in relationships especially — that simply aren’t true. In fact, many of these assumptions tend to come from other men, instead of women."

O’Malley added, "The next I would suggest is to focus on building the best version of themselves instead of a more nebulous ideal. Trying to mold yourself into the 'right' or 'perfect' person in order to find a relationship is a mistake. Trying to force yourself to be somebody else’s idea of successful is a mistake. It’s the lifestyle equivalent of trying to wear shoes that are too small; you may get your feet into them, but they’ll make you miserable. An introvert isn’t going to be happy as the wild club party guy and the buttoned up corporate type isn’t going to be comfortable trying to fit in to the goth or punk scene, no matter how attracted he is to the women there. Finding ways to be your best self will serve you much better and help you meet the people who are right for you."

"The hard thing about changing Incels’ minds is that they’ve frequently made being an Incel a core part of their identity," O'Malley explained. "If they admit that maybe they’re wrong — that it’s their attitude, not a few millimeters of bone that’s keeping them single — then they have to accept responsibility for their choices and abandon a community they’ve chosen to be part of. And the Incel community does it’s best to insist that change isn’t just futile but wrong."

He added, "The best way to get an Incel to break the cycle is simply to get them away from the forums and communities and out into the world. The more they see the world as it actually is, the harder it is to keep insisting that the world is divided into Incels, Chads, Stacys and Beckys. Getting away from the constant reinforcement of 'this is how the world is, now lie down and rot' does wonders for changing people’s minds."

When I showed the Evolutionary Psychological Science study to my colleague Amanda Marcotte, she astutely noted that not all of the misogyny we see from incels and other manosphere acolytes is driven by pure desperation. Referring to the book "Down Girl: The Logic of Misogyny" by Kate Manne, Marcotte elaborated on how many of these men refuse to embrace concepts like gender equality because their goal isn't really to become happy, but rather to control, monitor and punish "bad" women who either challenge male dominance or don't adhere to patriarchal concepts of femininity.

"A lot of people think of misogyny as sort of this blind hatred of women, and her argument is it's not," Marcotte told Salon. "What it is is entitlement. It is rooted in this belief that women are put on earth to serve men, that's what they exist for, right? And if they fail to do that to any single man's specifications, then he gets angry with her. Like a belligerent customer who thinks that the waiter isn't giving them good service."

She went on to compare the attitudes of many misogynistic men to consumers in a free market economic system.

"I think the consumerist model of dating really helps here. The analogy I'd use is if I go into a store, I feel as a customer entitled to a certain amount of selectivity amongst the products," Amanda explained. "I want to go buy a flower pot. If all the flower pots there are not the shape I like or the color I like, I'm disappointed. And I'll leave and I'll just be like, well they didn't have the flower pot I wanted. And everybody accepts that that's fine, right? But if I went into a store and I found a flower pot I wanted and I brought one up to the clerk and was like, 'Here's my money.' And they were like, 'We will not accept your money, you are not good enough to shop here,' everyone would be like, 'That's ridiculous. That's discriminatory.' And that's because a flower pot is just an object, right?"

She added, "And a store is a business. And we have a certain model. I think they think of dating in that way. They think of women as objects for sale, so they as a consumer get to be selective, but the objects for sale and the salesmen — which are kind of the same person in the body of the woman — are not allowed to be selective about who's buying. It should be the same price for all comers."

This is the sort of mentality that cannot be reasoned with or compromised on. For incels who look in the world through this filter, the only option is for them to be told — in emphatic, unequivocal terms — that they are wrong.

And if they're willing to accept that? Then they need to refer to the advice offered by O'Malley earlier in this piece, so that the part of them which deserves sympathy — the part that doesn't want to be lonely — can be listened to.