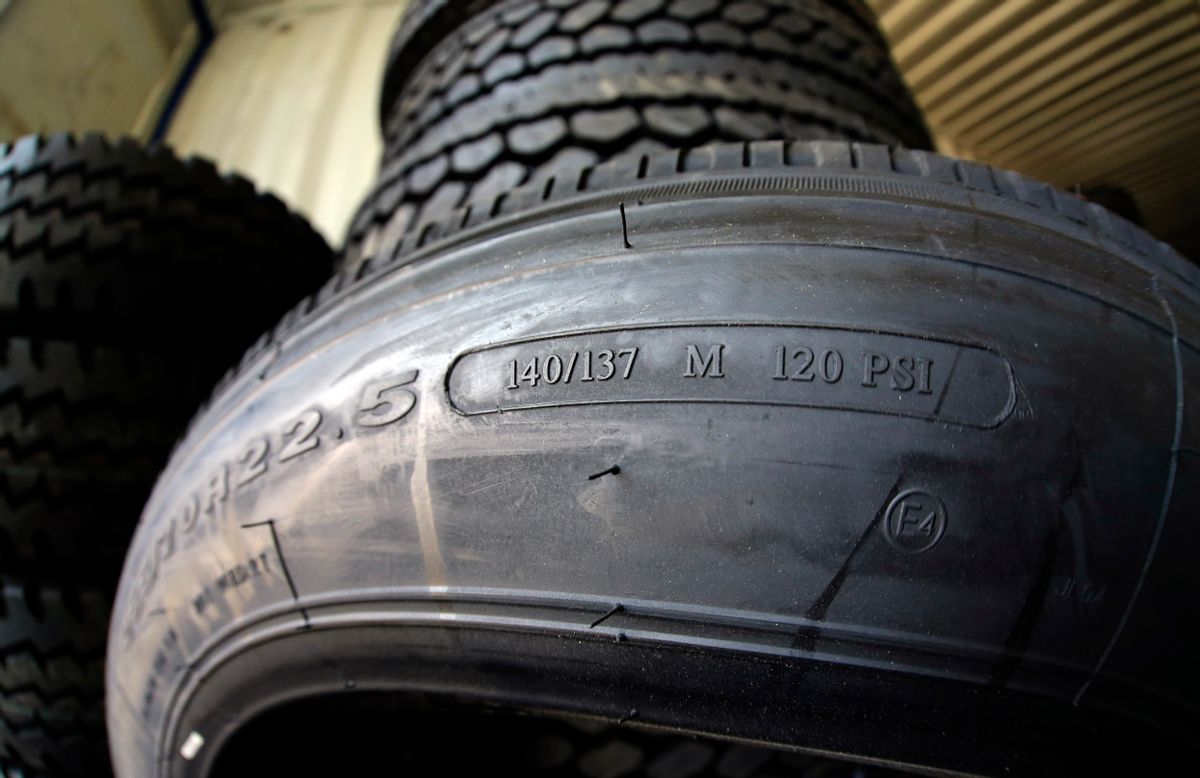 Without saying why, federal traffic safety officials have quietly altered crash data, revealing that more than three times as many people die in wrecks linked to tire failures than previously acknowledged.

For several years, the National Highway Traffic Safety Administration stated that the annual death toll from tire-related crashes was 200. Then last year NHTSA abruptly ramped up the estimate, stating on its website that 719 people had died in 2015 in such crashes.

The change went virtually unnoticed and even now might pass for a minor record-keeping error. The reason it matters is that the agency used the unrealistically low estimate to justify a decision not to seek stronger tire safety standards.

Safety advocates have long urged NHTSA to adopt a tire-aging rule that would require manufacturers to provide expiration dates so consumers would know when to replace tires. Their reasoning is that a tire may have enough tread to appear safe but still be dangerously old and at risk of failure.

In March 2014, NHTSA announced that it would not propose an aging rule, in part because recently adopted safety standards already had achieved a remarkable 50 percent reduction in tire-related crash deaths, to an average of 195 per year.  Therefore, according to the agency’s report, additional rules were unnecessary.

But later that year, an independent statistician named Randy Whitfield presented a study to the National Transportation Safety Board citing serious flaws in NHTSA’s analysis.

According to Whitfield, NHTSA had relied on a small sample of crashes in a database called the National Automotive Sampling System. By using a far more complete data set known as the Fatality Analysis Reporting System, or FARS, Whitfield demonstrated to the Board that NHTSA had actually undercounted the number of tire-related deaths by roughly two-thirds.

“It’s a stunningly bad method,” Whitfield said in an interview with FairWarning,  referring to NHTSA’s analysis.

The National Transportation Safety Board echoed Whitfield’s concerns in its own report to NHTSA in October 2015. The Board said NHTSA had failed to explain its methodology or consider potential confounding factors like the impact of the economic recession on driving patterns.

“As a result, it is difficult to attribute any reduction in tire-related traffic injuries and fatalities to the changes in federal regulations,” the paper stated.

The safety board recommended that NHTSA do further research on the impact of its upgraded tire standards and review the risks associated with tire aging.

In an email responding to the safety board in 2016, former NHTSA administrator Mark Rosekind said the agency would review the crash data and evaluate any new safety concerns.

Since then, the agency has said nothing about pursuing tougher safety standards. But without uttering a peep, it changed its annual estimate of tire-related crash deaths to more than 700 in July or August, 2017, a review of archived NHTSA website pages shows.

The change went unnoticed until a couple of months ago, when it was spotted by Sean Kane, president of Safety Research & Strategies, Inc.. Kane, who often does research for plaintiff attorneys, had commissioned Whitfield’s analysis of tire-related deaths back in 2014. In late September, he fired off a letter September to NHTSA’s acting administrator, Heidi King.

“NHTSA must review past rulemaking decisions for tire safety that were based on data and methods that are known to be unsuited to a statistical study of this topic,” Kane wrote. He said the agency has not responded to his letter.

In an email to FairWarning, NHTSA confirmed that it re-calculated tire deaths using FARS data, but would not explain the decision or whether it planned to review its past rulemaking decisions.

One group that was pleased with NHTSA’s flawed 2014 analysis was the Tire Industry Association, a tire makers’ trade group.  In a press release that year, Kevin Rohlwing, a vice president for the group, said NHTSA had cited the same data “that we’ve been using to show there is no correlation between the chronological age of a tire and safety.”

The group did not respond to requests for comment about NHTSA’s change in data.

When NHTSA officials updated their fatality number to more than 700, they apparently overlooked the fact that the original figure of 200 annual deaths remained on a different page of the website.

On Oct. 24, FairWarning asked NHTSA about the separate entry of 200 deaths. The following day that figure was gone, replaced by the number of tire-related deaths for 2017: 738.