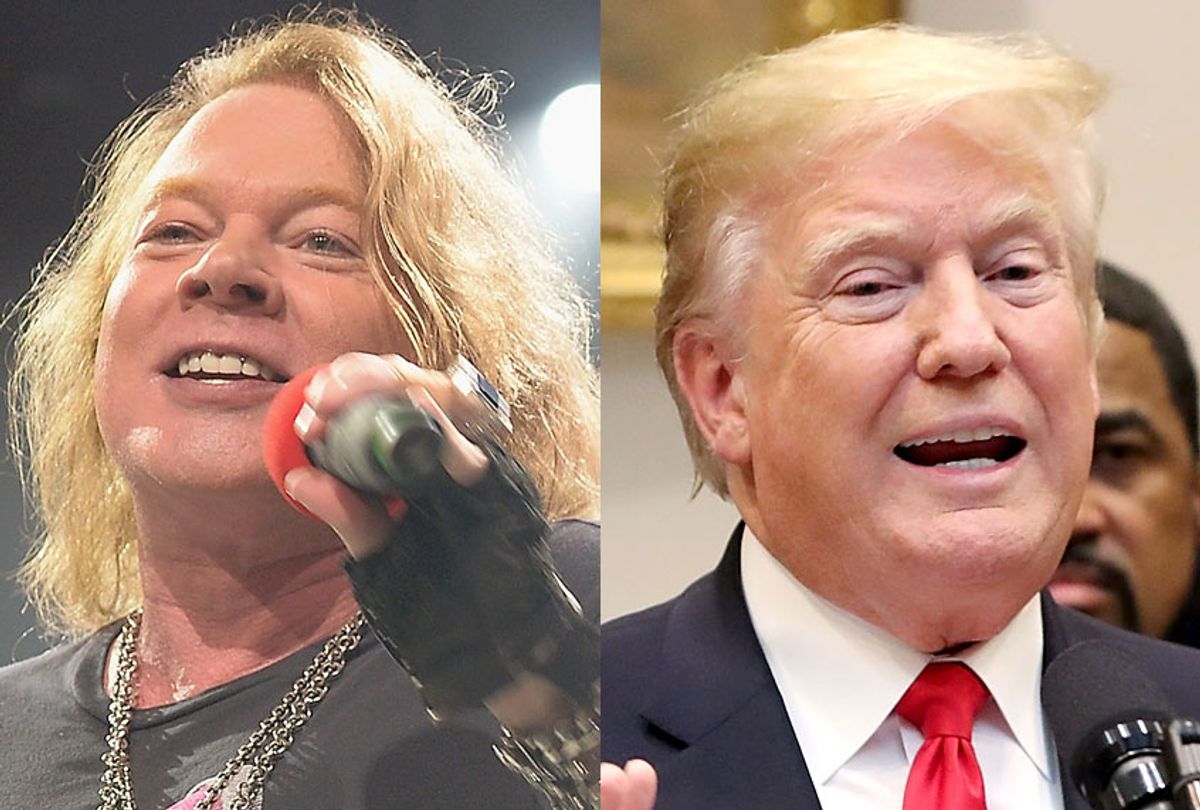 California is on fire again. In an alternate universe, the president of the United States would acknowledge the effects of climate change on wildfires as she directed a barrage of federal resources to the afflicted state. In this universe, however, the president blamed forest management and threatened to withhold funds. And then … Guns N’ Roses lead singer Axl Rose got involved? Here’s what happened.

On Saturday, as a trio of wildfires whipped through California and terrified people evacuated, President Trump took to Twitter to berate the state. Yes, at least 31 people died in the Camp Fire and the president thought now would be a good time to threaten to withhold federal relief:

“There is no reason” for the wildfires except for forest mismanagement? Sir! Poor management is certainly one element of a complex problem, but most forests in the state are managed by the federal government. And rising temperatures play a role too: They make wildfires like the Camp Fire bigger and more common by creating drier conditions.

The lead singer of an iconic ‘80s band isn’t exactly the first person you’d call on to debunk Trump’s tweet, but Twitter is a bizarro melting pot so of course Axl Rose hit back at the president with some wildfire knowledge.

We can’t speak to the “demented n’ truly pathetic” part of the tweet, but the lack of federal funding bit is spot on. The U.S. Forest Service can barely keep up with fire suppression, let alone prevention.

California does need more prescribed burns in order to alleviate some of the state’s fuel load (not the commercial logging that the Trump administration would like to promote but rather the small trees, shrubs, and brush that build up). Less fuel load equals more manageable forest fires. But doing so costs billions of dollars — money that policymakers aren’t sending to the state.