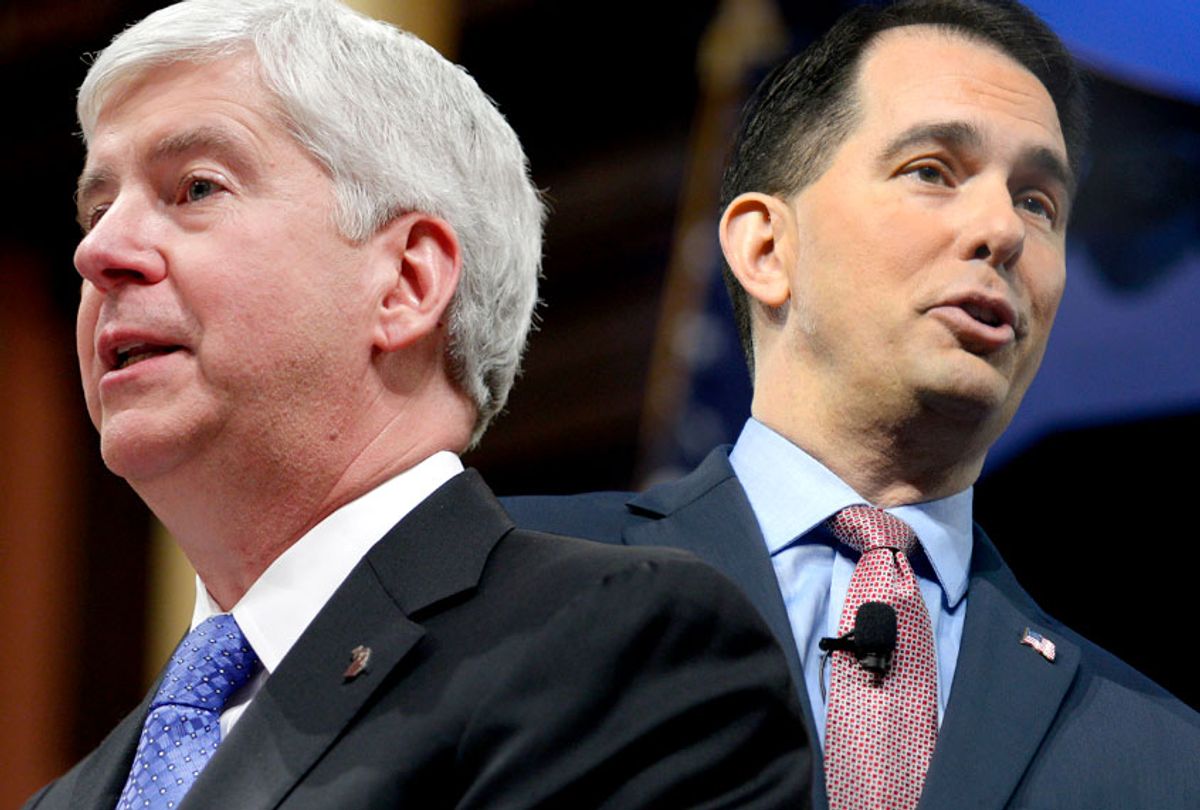 Republicans in Michigan, North Carolina and Wisconsin are scrambling to pass unpopular legislation before Democrats take over next year.

In Michigan, the Republican-majority state legislature passed a minimum wage increase earlier this year so that the issue would not go to a voter referendum, which would have been harder to amend, the Associated Press reports.

The minimum wage increase and new sick leave laws were set to appear on the November ballot -- but Republicans preemptively voted to approve it just so they could roll it back later. Under Michigan law, lawmakers can amend a bill they passed with just a simple majority, but would have needed 75 percent of legislators in both chambers to amend a voter-approved referendum.

The lawmakers raised the minimum wage to $12 per hour and required that employers grant 40 to 72 hours of paid sick leave per year.

After Democrats swept every statewide election, Republicans are rushing to amend the law to appease the Michigan Chamber of Commerce, which called the minimum wage hike “extreme,” before Democrat Gretchen Whitmer is sworn in as the state’s new governor in January.

“It’s something that smacks every Michigan voter in the face and tells them that this Republican Party doesn’t care about their voice, their perspective,” House Democratic leader Sam Singh told the AP.

A similar scenario is playing out in North Carolina, where Republicans are working to enact a new voter-ID requirement before they lose their supermajorities in both state legislative chambers in January.

Republican lawmakers are expected to enact a voter-approved voter photo ID requirement and may look at other legislation that they probably wouldn't be able to pass next year, once they can no longer easily override vetoes by Democratic Gov. Roy Cooper. Republicans earlier tried to roll back the governor’s powers before Cooper took office in 2017. Cooper successfully sued over a law that limited his role in overseeing state elections, and several other lawsuits are pending.

“I wouldn’t be surprised to see quite a few things appearing on the agenda that none of us are aware of today,” Democratic state Sen. Floyd McKissick warned in an interview with The News & Observer earlier this month.

In Wisconsin, Republican lawmakers who gave Gov. Scott Walker wide-reaching executive powers are trying to roll back those powers before Democratic Gov.-elect Tony Evers, who defeated Walker in this month's election, is sworn in next year. Michigan and Wisconsin are two of the four stats in which Republicans lost their governor’s races but kept majorities in both state legislative chambers. Kansas and New Hampshire Republicans also lost full control over their states, but those legislatures will not meet for lame-duck sessions before the election winners take office.

President Donald Trump is also urging Republicans to use the lame-duck session in Congress to fund his proposed border wall in next year’s appropriations for the Department of Homeland Security and other federal agencies. The current funding is set to expire on Dec. 7.

According to the Houston Chronicle, Trump wants $5 billion of the estimated $25 billion border-wall project funded in December. House Republicans who will lose majority control come January back the plan but the Senate, where Democrats can block spending legislation, is looking to provide just $1.6 billion toward the wall. Trump said earlier this month that he would not rule out a government shutdown if he does not get the funding.