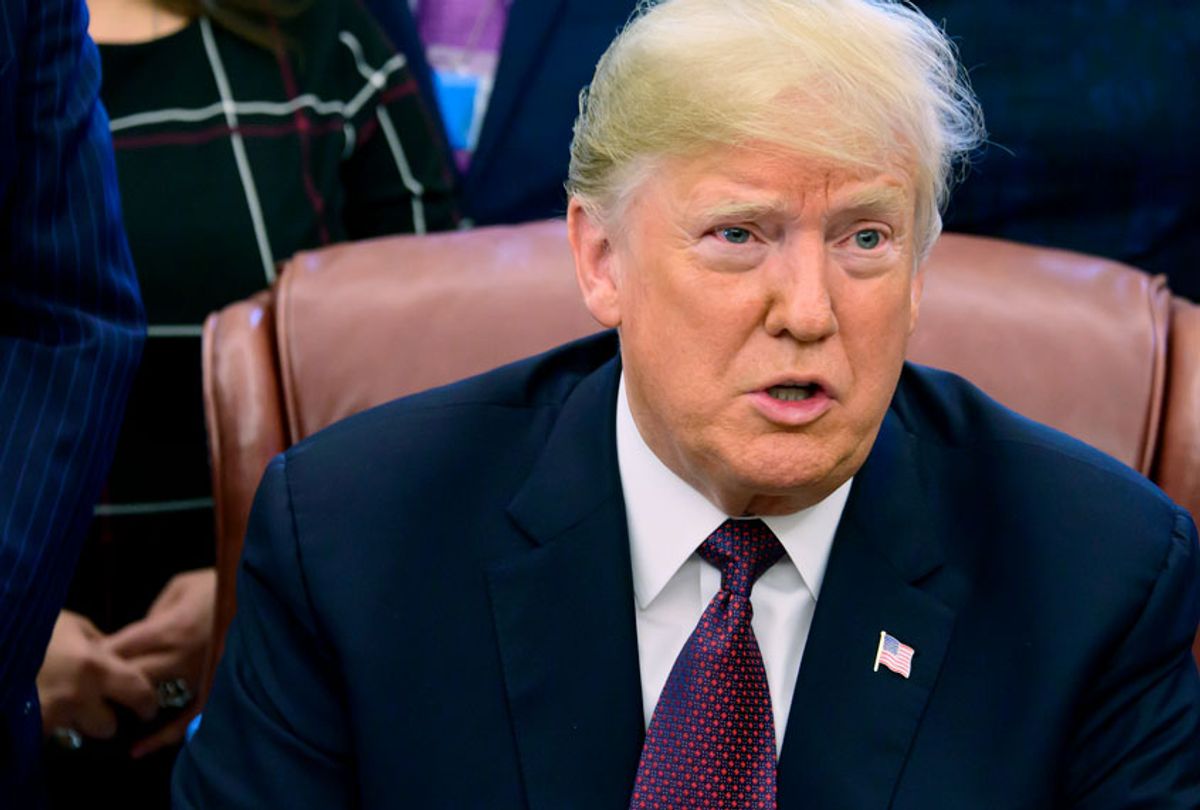 At least 38 Republican congressmen have signed a letter to President Donald Trump asking him to remove progressive language on gender identity issues from his recent trade policy, the U.S.-Mexico-Canada Agreement.

The letter, which was posted on the website of Rep. Doug Lamborn, R-Co., includes signatures from 38 legislators and names 40 (Reps. Roger Williams of Texas and Warren Davidson of Ohio are named as signatories but their signatures do not appear). It argues that the U.S.-Mexico-Canada Agreement contains language in Article 23.9 and Article 23.12(5)(l)(i) that fits the sexual orientation and gender identity (SOGI) definitions promoted by President Barack Obama in Executive Orders 11478 and 11246. The writers claim that this would be "unprecedented" for a trade agreement and would effectively codify progressive definitions of gender identity that the Republican politicians oppose.

"Last autumn, the Department of Justice issued a very helpful memorandum regarding the transgender employment discrimination claims," the signatories write to Trump. "This October 2017 Memo states, ''Sex' is ordinarily defined to mean biologically male or female,' and notes that 'Congress has confirmed this ordinary meaning by expressly prohibiting, in several other statutes, 'gender identity' discrimination, which Congress lists in addition to, rather than within, prohibitions on discrimination based on 'sex' or 'gender.'' Additionally, encouraging recent reports indicate that the Department of Health and Human Services is working to restore the historic definition of "sex" to a person's anatomical sex at birth."

The letter adds, "As a sovereign nation, the United States has the right to decide when, whether and how to tackle issues of civil rights, protected classes and workplace rights."

From there the authors praise the "cohesive agenda regarding policies surrounding sexual orientation and gender identity" being implemented by the administration in the Department of Justice and the Department of Health and Human Service, contrasting those policies with the language in the trade agreement.

"A trade agreement is no place for the adoption of social policy," the letter's authors write. "It is especially inappropriate and insulting to our sovereignty to needlessly submit to social policies which the United States Congress has so far explicitly refused to accept. One wonders at the contradictory policy coming through USTR when other Departments under your Administration are working to come into alignment on SOGI policy."

After denouncing Obama's gender identity policies and arguing that enacting the current trade agreement without rescinding the language would make it impossible for Trump to rescind Obama's policies, the letter's authors conclude with a dire warning.

"The inclusion of SOGI as part of the definition of 'sex' in a trade agreement or the elevation of SOGI to the level of sex will cause unnecessary confusion in future international treaties as well as domestic laws and policies," the authors write. "It sets a dangerous precedent for courts and future Administrations to build upon."