The conservative Premier opposed the liberals' minimum wage hike, saying it would "lose jobs" — which is untrue 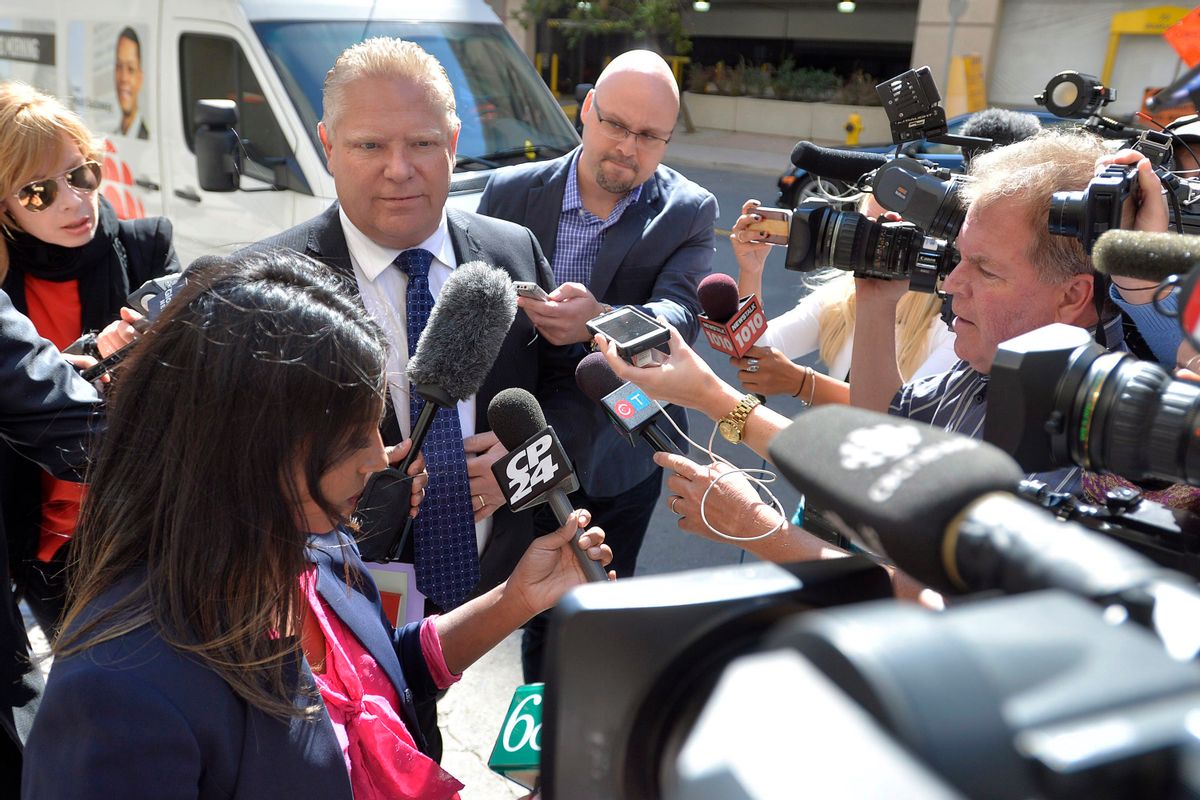 The purpose of Bill 148 was to increase fairness for workers, particularly those precariously employed, while balancing the interests of employers.

It was three years in the making and informed by a panel of two workplace law experts, which twice toured the province to hear from hundreds of witnesses before tabling its 419-page final report. By contrast, Premier Doug Ford’s government claims to have spoken with “dozens” of employers and unions prior to introducing Bill 47.

The purpose of Bill 47 is to “bring jobs and investment back to our province” and to increase “opportunities” for workers. One needs to look harder for any mention of fairness for workers or the creation of decent jobs, although the government claims to wish to “protect” workers. At the end of the day, however, Bill 47 will do none of the above.

Notably, the Ontario Conservatives have opposed every raise in the minimum wage since at least 1995, when they froze wages for eight years. They opposed this one as well, predicting rampant job loss. They were wrong.

In July, Ontario’s unemployment rate hit an 18-year low, with notable jobs gains in the hospitality sector, an industry among those most affected by Bill 148. Bank of Canada economists have said no evidence indicates that Bill 148 caused any general economic downturn.

The reality is that raising the minimum wage on its own has no net effect upon employment figures. The reason is simple: There are too many other factors at play. But that hasn’t stopped the government’s wrongful claim that Bill 148 has crippled the economy.

While doing virtually nothing for job creation, Bill 47 will decrease fairness for workers.

For instance, Bill 47 repeals the provision giving workers the right to refuse work with less than 96 hours’ notice. Such notice is important for those with child/elder care issues, or indeed other jobs, to make appropriate arrangements.

In the name of “flexibility,” employers retain the authority to make scheduling decisions that they believe best suit their bottom lines, while virtually all the risk for such decisions flows to workers.

Employers are not encouraged to make careful scheduling decisions, since they will no longer bear even the minimal responsibility of guaranteeing three hours pay in most instances. Meanwhile, last-minute scheduling changes wreak havoc on the lives of workers and their families.

Even the tepid provision requiring employers to consider requests for a change in schedule or work location in good faith, by providing reasons for a refusal of any such request, is now gone.

What’s more, Bill 47 reintroduces an incentive to create piecemeal, precarious work. The proliferation of employment agencies — many fly-by-night — and the intense vulnerability of those employed through them has been well-documented. So too have the health impacts of precarious work for certain demographics that make up a large percentage of the precarious workforce.

The Liberals’ Bill 148 made it less attractive for employers to rely upon a casual, precarious workforce by removing distinctions in pay that were based upon “employment status.” The fact that a worker was hired through a temp agency or worked part-time hours could not be the basis for differential pay.

Because precarious work is often gendered and racialized, this provision had the added effect of reducing distinctions indirectly related to gender and race as well.

The government claimed it was introducing Bill 47 to repeal those parts of Bill 148 “that are causing employers the most concern and unnecessary burden.” Evidently, this government suffers from an inability to prioritize since virtually all of Bill 148’s numerous changes are on the chopping block.

Undoubtedly, the various political parties will adopt various stances on policy issues. What is lacking from Bill 47 is any semblance of balance. Rather than use a scalpel to excise those aspects causing “the most concern,” the government used a fish-hook to gut the bill almost entirely. What little is left provides fewer benefits to workers.

But perhaps the most disturbing aspect of Bill 47 was the manner in which the Conservatives greeted its introduction in the legislature: standing and clapping while proposing to repeal basic protections for the most vulnerable workers.

Such displays transform the slogan of a government “for the people” into Orwellian doublespeak.