How not to cook a Thanksgiving turkey 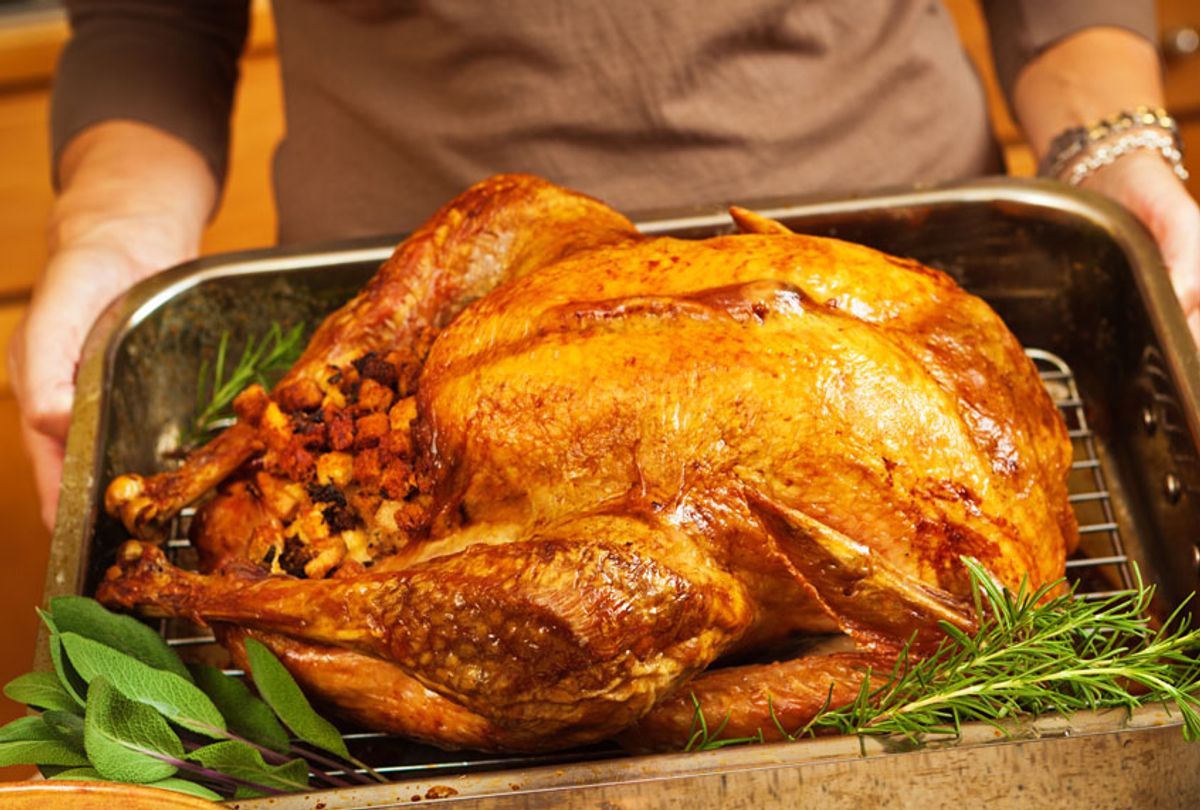 In recent days I have been shocked to discover that the French have taken up Thanksgiving with great enthusiasm. The source, a friend from long ago who is not authorized to comment on the appropriation of an American holiday by a foreign power, was on the receiving end of an authentically indignant enumeration of all the ways that Thanksgiving is, in spirit, a holiday more French than American. During this bombardment she was assured that on the last Thursday of November an increasingly significant fraction of the people of France would convene over a turkey to share fellowship and give thanks.

Whether it is the gathering of family around the common cause of food, or the overt display of gratitude, or any of the other nourishingly positive attributes of the harvest holiday, the French claim is a nonsense. I am not possessive about our national fantasy of a tranquil foundation free of the scourge of genocide and slavery. The French can have that, if they don't think they have enough obfuscatory fable. I'm not troubled if, impressed by the logical gymnastics, the French want a ride-along while some of us (and you know who you are) transform a holiday imposed on the nation by a president desperate to unite a fractured, and largely nativist, polity into an overly polite celebration of immigration. I'm not even all that concerned about losing control of the marketing opportunities that have gifted the culture the Sexy Pilgrim Halloween costuming. The French tackle attire with much more appealing results.

Alarmed at first ("Build the wall!"), as my friend, a veteran of the restaurant industry and no angel in the arena of culinary colonialism, described the French assault on Thanksgiving — a revanchist endeavor at its core; I eventually relaxed, reflecting upon the unlikelihood that the French would soon come to dominate our holiday.

The essence of Thanksgiving, the thing that makes it uniquely, unalterably American is the crisis at its core. As a people, we Americans are never comfortable without a crisis and Thanksgiving offers us the increasingly rare opportunity for one that is unifying: The meal.

If you have never heard of this national holiday before you would be forgiven for thinking that, rather than being part of the culture since 1863, Thanksgiving was brand new to us all; as from all outward appearances there is not one living American who knows how to roast a turkey.

Every year we rise with one voice to ask, "Wait, how do you do this again?" It is a marvel that the French want anything to do with a holiday meal so completely predicated on conspicuous consumption and performance anxiety. And like all truly American crises, the Thanksgiving meal has a corporate solution.

Hosting Thanksgiving can be a real feat. @USATODAY Snapshots shared today that we received about 110,000 questions last year. This year, we’re ready to top that and help you #HostLikeaBoss with our newest method, “Alexa, Ask Butterball…” pic.twitter.com/sQ2ZvvCAKC

“Alexa, Ask Butterball, how long to cook my frozen turkey?” From the mountains to the prairies to the oceans white with foam a bold, newly minted holiday anthem rings out. The answer, for the 88 percent of us who will eat a 16 lb. bird this year is  four hours (that is roughly 15 minutes per lb. in a 325 degree oven). Yup, 265 million of us are going to eat the same bird on Thanksgiving. Does that sound terribly French to you?

No, if indeed, the French have seized upon Thanksgiving for the moment they will most certainly spit it right back out. This is not the succulent national identity they were hoping for.