Finn Wittrock: "Maybe I hurt my career by not being ruthless" 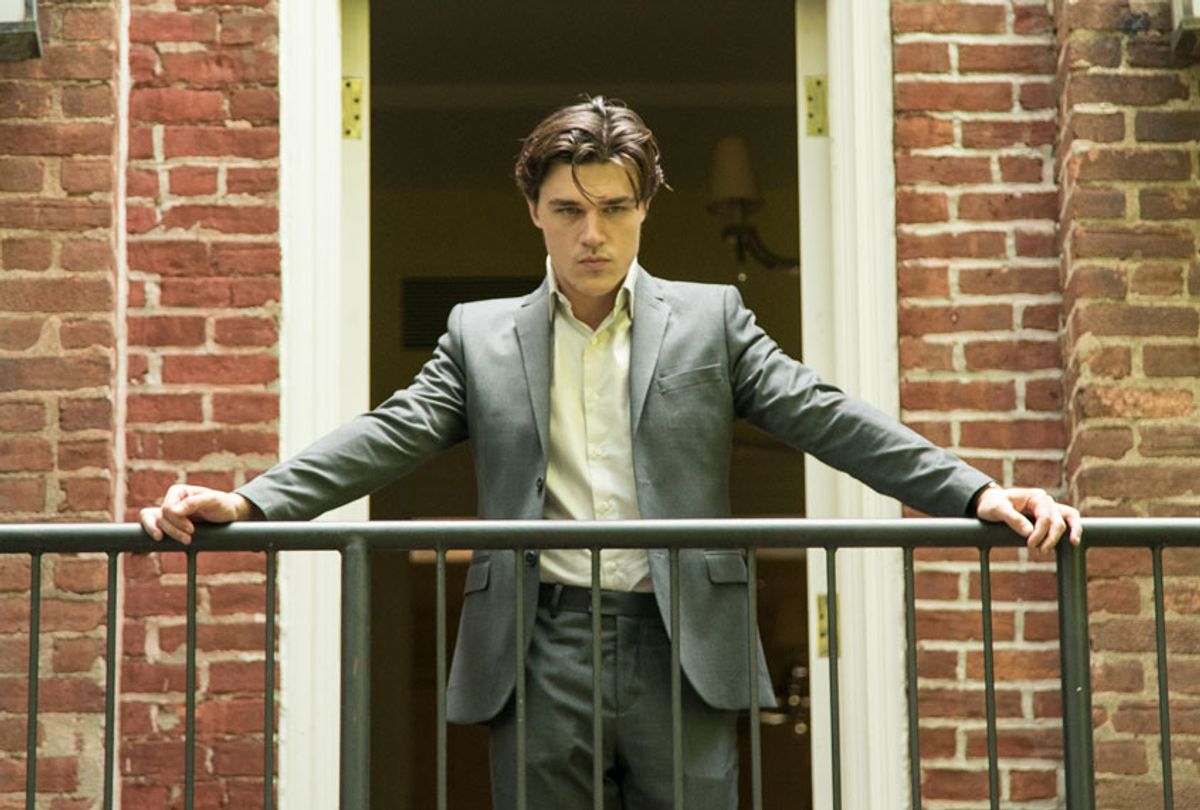 Finn Wittrock on the set of Write When You Get Work. (Courtesy of George H. Price Productions)
--

The handsome and charming actor Finn Wittrock plays a handsome and charming cad in the writer/director Stacy Cochran’s sly new film, “Write When You Get Work.” In the pre-title sequence, Jonny, a ne’er-do-well from the Bronx, gets his girlfriend Ruth (Rachel Keller) pregnant. Nine years later, she’s an interim admissions director at a private school for girls in Manhattan, and he’s just lost another job. When they both pay their respects at a mutual friend’s funeral, he sees in her new status an opportunity to get both money and a better education for his buddy’s daughter. However, Ruth wants nothing to do with Jonny.

Not to be dissuaded, Jonny finagles his way into helping Nan (Emily Mortimer), the mother of another prospective student at Ruth’s school, who is in a crisis — her husband Steven (James Ransone) is having some serious legal difficulties. What transpires between the characters is not exactly legal, but “Write When You Get Work” gives Jonny an opportunity to use his charms to get what he thinks he wants. As Jonny, Wittrock displays an insouciance that is irresistible. Just watch him handle a nightclub patron whose coat he plans to steal.

But as cunning as Jonny is, don’t think the actor is being typecast. Earlier this year, he appeared as Demetrius in a film adaptation of “A Midsummer Night’s Dream,” set in contemporary L.A. He also had a nice arc in the TV series “American Crime Story: The Assassination of Gianni Versace” as one of Andrew Cunanan’s encounters. And Wittrock will soon be seen on screen as a lawyer in “If Beale Street Could Talk,” out later this month.

The in-demand actor chatted with Salon about “Write When You Get Work,” his work ethic, and why he can’t be ruthless.

You’ve had a busy year with various film and TV projects. How would you describe your work ethic?

[Laughs.] It’s funny. “Write When You Get Work” was something I filmed a while ago — the summer of 2016? I’d have to fact check that for you. It appears that everything is all exploding at once, but it’s been a slow build-up of a lot of different projects. Interesting independent films that didn’t get huge distribution, but are now getting exposure, so it’s all coming to fruition.

As for my work ethic, I started in theater, where the daily grind is a great training ground to get the stamina to do the same thing every day. That’s the kind of effort I have to sustain for a career in this crazy business.

“Write When You Get Work” opens with a glimpse of Jonny as a young man. What were you like as a teen?

I did play baseball, that was one special skill in the film’s flashback part I can relate to. I went to the Los Angeles County High School for the Arts. It’s like a magnet school. You had to audition to get in. I was a theater nerd, and the whole school was the castaways from a normal high school, so I became friends with all the other castaways. I felt I was always working on a film or finding a play to be in or somewhere to go. I was the first of my friends to drive, so I drove everyone everywhere. It was a good way to grow up — to have lots of activities. It’s scary to raise kids in LA. I got in some trouble, but I could have gotten in a lot more.

Let’s talk about trouble. Jonny is a thief. Have you ever stolen anything or robbed anyone?

No, not really. I was pretty by the book. I have been robbed. When I first moved to LA I was riding a brand-new BMX bike I got for Christmas, and two guys ran up and told me to get off the bike or get blasted. This was in Glendale.

Jonny breaks into Ruth’s apartment, and also creates security for her door. Are you handy like that?

I would say yes, and then my wife would laugh out loud. I’m not the worst. My dad was pretty handy, and I can pick up stuff, but I can call him if I need shit done.

What appealed to you about playing Jonny? He can be described as goodhearted in the wrong way. He thinks he’s being altruistic, but he’s scheming and irresponsible and opportunistic?

That’s what appealed to me. He’s morally ambiguous. His heart is in a good place and from his point of view, the school is ripping off people and the system is unjust — so why not do things his own way? Jonny can’t help himself to be a con artist in some kind of way. The way he knows how to exist in the world is to get his leg up. Instinctively, he tries to work out a system to get with Ruth and get something else [from her] on the side. He’s really good at living two lives. He’s from the Bronx, a very blue-collar area, but finds his way to assimilate to the Upper East Side affluence. He enjoys that double life.

Are you opportunistic? Surely as an actor, you have to compete and finagle. What do you do for a role?

Oh, sure. I’m trying to think of a specific instance. We [actors] are always faking who we are. I was called to do a reading of a DeNiro movie, “The Family.” They asked me to do a French accent, which is the one accent I can’t do. So, I downloaded an accent book and started cramming. Where there’s a will, there‘s a way.

They cast a real French guy, of course!

Likewise, Jonny thinks he’s friendly, but he’s rather fiendly. He convinces a woman to take the wrong coat at a nightclub where he works so he can keep hers. How would you describe him?

That coat scene, he’s among his peers. He might have known some of those kids, but they were from a different side of the tracks. They are at the club and he’s working at the club. There’s a sense of devil-may-care. Why shouldn’t I steal this coat for my girlfriend? The customer is not going to miss it. You can judge your character to a certain degree, but once you start playing him, judgment goes aside; you justify. He’s madly in love with [Ruth] and these schemes are the way to get her back. It’s all done to impress her—it’s to show her he can.

Yes, the viewer is rooting for him. How do you think folks would describe you?

[Laughs.] You have to ask them. I have no idea. I’m not sure I want to know. I did relate to the chameleonesque aspect of Jonny a guy who plays different parts, because that’s what I do. I wear lots of different hats. That was intriguing to me.

Some would call you charming and handsome. What can you say about being charming and good looking? Do you use it to your advantage?

I guess you learn how to do that in some way. Jonny uses it to a greater degree than I do. I’m much more low-key. I live a quiet life.

Jonny pursues Ruth pretty vigorously. Was there ever a girl who got away? Or someone you chased?

Nan’s husband, Steven, is described as Winner-Take-All. Is that your approach to life?

I think that the times in my life when I wanted to be Machiavellian to get what I wanted, I have been hindered by my own sense of empathy for others. I wish I didn’t care about hurting people, but I can't sleep thinking I’ve done that. Maybe I hurt my career by not being ruthless when I could have been. Your reputation as a gentleman is the most important thing to cultivate. It’s easy to be mean or dismissive of the third assistant director. Acting is important, but [career] longevity is for folks who hear you are good to work with. I’ve seen people not get jobs because they are f**king dicks.

Film Finn Wittrock Movies Write When You Get Work