Why the Pilgrims were actually able to survive

After an epidemic swept through the region, Pilgrims had access to a repository of advice from earlier explorers 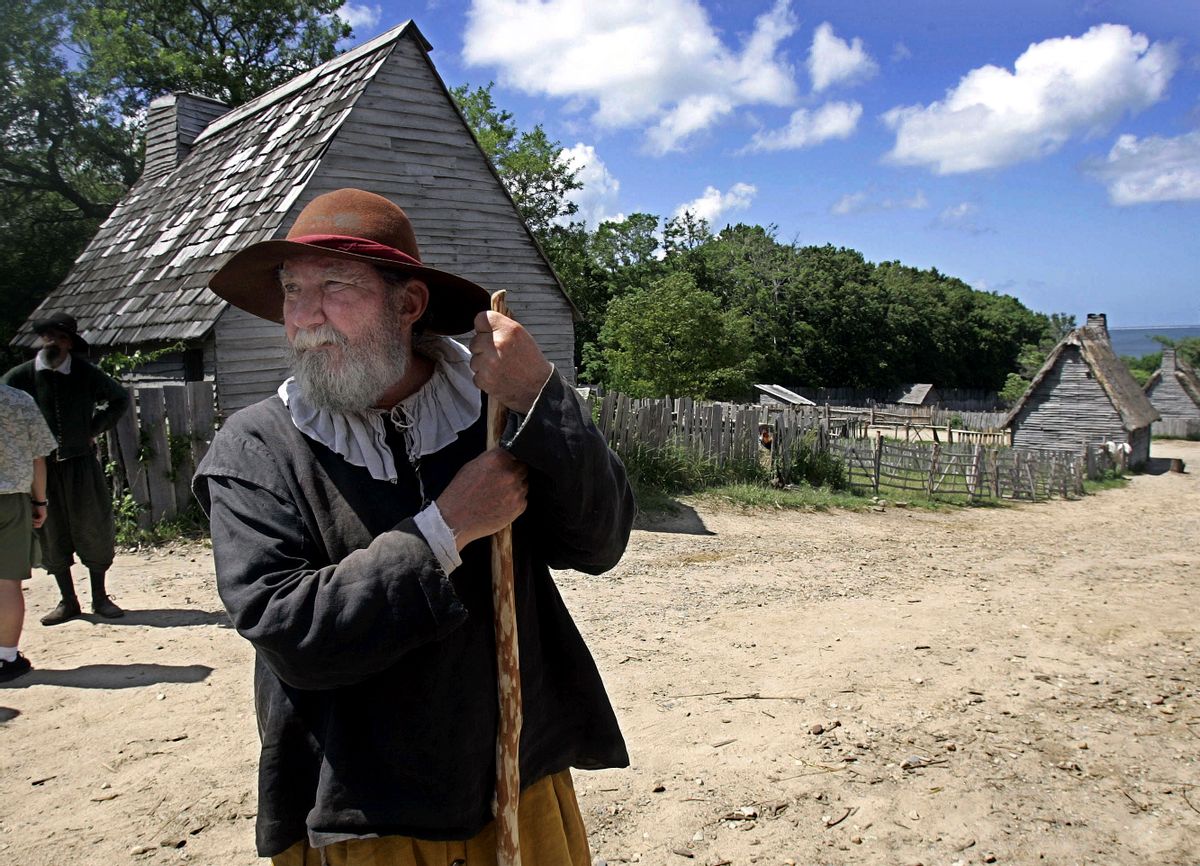 Sometime in the autumn of 1621, a group of English Pilgrims who had crossed the Atlantic Ocean and created a colony called New Plymouth celebrated their first harvest.

They hosted a group of about 90 Wampanoags, their Algonquian-speaking neighbors. Together, migrants and Natives feasted for three days on corn, venison and fowl.

In their bountiful yield, the Pilgrims likely saw a divine hand at work.

As Gov. William Bradford wrote in 1623, “Instead of famine now God gave them plenty, and the face of things was changed, to the rejoicing of the hearts of many, for which they blessed God.”

But my recent research on the ways Europeans understood the Western Hemisphere shows that – despite the Pilgrims’ version of events – their survival largely hinged on two unrelated developments: an epidemic that swept through the region and a repository of advice from earlier explorers.

A ‘desolate wilderness’ or ‘Paradise of all parts’?

Bradford’s “Of Plymouth Plantation,” which he began to write in 1630 and finished two decades later, traces the history of the Pilgrims from their persecution in England to their new home along the shores of modern Boston Harbor.

Bradford and other Pilgrims believed in predestination. Every event in their lives marked a stage in the unfolding of a divine plan, which often echoed the experiences of the ancient Israelites.

Throughout his account, Bradford probed Scripture for signs. He wrote that the Puritans arrived in “a hideous and desolate wilderness, full of wild beasts and wild men.” They were surrounded by forests “full of woods and thickets,” and they lacked the kind of view Moses had on Mount Pisgah, after successfully leading the Israelites to Canaan.

Drawing on chapter 26 of the Book of Deuteronomy, Bradford declared that the English “were ready to perish in this wilderness,” but God had heard their cries and helped them. Bradford paraphrased from Psalm 107 when he wrote that the settlers should “praise the Lord” who had “delivered them from the hand of the oppressor.”

If you were reading Bradford’s version of events, you might think that the survival of the Pilgrims’ settlements was often in danger. But the situation on the ground wasn’t as dire as Bradford claimed.

Earlier European visitors had described pleasant shorelines and prosperous indigenous communities. In 1605, the French explorer Samuel de Champlain sailed past the site the Pilgrims would later colonize and noted that there were “a great many cabins and gardens.” He even provided a drawing of the region, which depicted small Native towns surrounded by fields.

About a decade later Captain John Smith, who coined the term “New England,” wrote that the Massachusetts, a nearby indigenous group, inhabited what he described as “the Paradise of all those parts.”

Champlain and Smith understood that any Europeans who wanted to establish communities in this region would need either to compete with Natives or find ways to extract resources with their support.

But after Champlain and Smith visited, a terrible illness spread through the region. Modern scholars have argued that indigenous communities were devastated by leptospirosis, a disease caused by Old World bacteria that had likely reached New England through the feces of rats that arrived on European ships.

The absence of accurate statistics makes it impossible to know the ultimate toll, but perhaps up to 90 percent of the regional population perished between 1617 to 1619.

To the English, divine intervention had paved the way.

“By God’s visitation, reigned a wonderful plague,” King James’ patent for the region noted in 1620, “that had led to the utter Destruction, Devastacion, and Depopulation of that whole territory.”

The epidemic benefited the Pilgrims, who arrived soon thereafter: The best land had fewer residents and there was less competition for local resources, while the Natives who had survived proved eager trading partners.

The wisdom of those who came before

Just as important, the Pilgrims understood what to do with the land.

By the time that these English planned their communities, knowledge of the Atlantic coast of North America was widely available.

Those hoping to create new settlements had read accounts of earlier European migrants who had established European-style villages near the water, notably along the shores of Chesapeake Bay, where the English had founded Jamestown in 1607.

These first English migrants to Jamestown endured terrible disease and arrived during a period of drought and colder-than-normal winters. The migrants to Roanoke on the outer banks of Carolina, where the English had gone in the 1580s, disappeared. And a brief effort to settle the coast of Maine in 1607 and 1608 failed because of an unusually bitter winter.

Many of these migrants died or gave up. But none disappeared without record, and their stories circulated in books printed in London. Every English effort before 1620 had produced accounts useful to would-be colonizers.

The most famous account, by the English mathematician Thomas Harriot, enumerated the commodities that the English could extract from America’s fields and forests in a report he first published in 1588.

The artist John White, who was on the same mission to modern Carolina, painted a watercolor depicting the wide assortment of marine life that could be harvested, another of large fish on a grill, and a third showing the fertility of fields at the town of Secotan. By the mid-1610s, actual commodities had started to arrive in England too, providing support for those who had claimed that North American colonies could be profitable. The most important of these imports was tobacco, which many Europeans considered a wonder drug capable of curing a wide range of human ailments.

These reports (and imports) encouraged many English promoters to lay plans for colonization as a way to increase their wealth. But those who thought about going to New England, especially the Pilgrims who were kindred souls of Bradford, believed that there were higher rewards to be reaped.

Bradford and the other Puritans who arrived in Massachusetts often wrote about their experience through the lens of suffering and salvation.

But the Pilgrims were better equipped to survive than they let on.