Lessons from the boxing ring for Xi and Trump during the China/U.S. trade war

Being tough on China can be done without a bullhorn, & if NAFTA's result is prelude, Trump can still save this deal 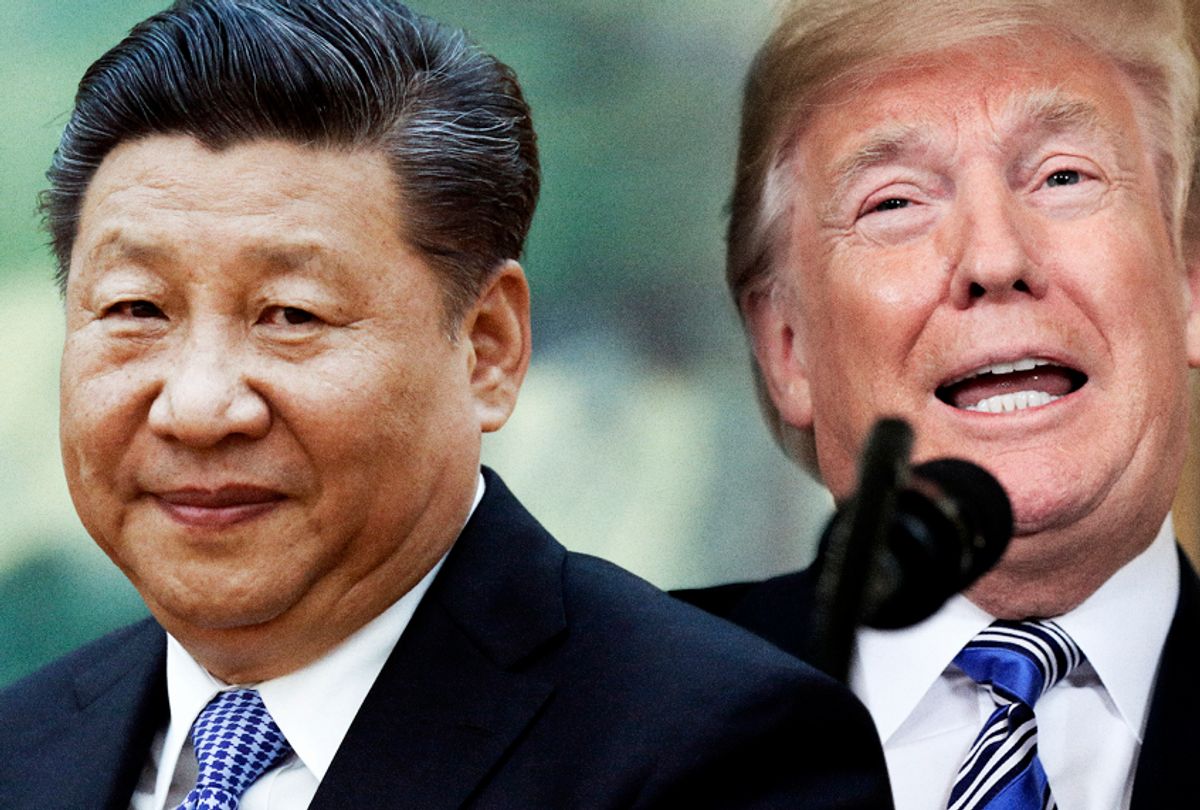 In the sport of boxing there is normally sparring — practicing before the real match. Then during the actual match a sophisticated boxer often will employ a tactic called a one-two punch, a combination of two blows, normally a left followed by a right cross, which could be devastating to the opponent. In the current U.S./China dispute the tariffs are merely sparring. In reality economic theory combined with the political readjustment of America’s role in the world are delivering a solid one — two punch to both China and the U.S., throwing them off economically and forcing the U.S. China relationship on to the mat. How both China and the U.S. defend themselves from these blows, will determine the future of global economic and political stability.

The first of these blows is what is known as convergence theory. With a mixture of various economic tools and forward thinking leadership, a country that was lagging in economic development can move into a cycle of unbelievable growth, possibly for years, as it catches up to the more economically advanced nations. Factories that did not exist are built — as are new cities, highways, communications systems, high-speed railroads, etc. — all feeding on each other and stimulating the economy to achieve very high levels of growth. At one point it even begins to look like a perpetual motion machine that never stops with the investment of growth reinforcing additional growth, you build a power plant which then gives you cheap electricity to build a manufacturing plant and so on and so on. And this is exactly what happened in China.

Most seasoned boxers know how to defend against opening fakes that put them off balance, but the Chinese government appears to have never wanted to see this punch coming. Convergence theory has been proven to be more than a theory and perpetual motion machines only exist in science fiction. And now to defend against its blows questions the legitimacy of the government.

The Chinese government’s political legitimacy for the last 30 years has been based not on communist theory, but on substantial economic growth and the guarantee of increased standard of living of its citizens from year to year. It is almost as though there was a new unwritten form of the 18th century social contract created after Mao’s death between the Chinese communist party and the people. A Confucian interpretation of the "Rights of Man," which says ignore western style democratic practices (which truly never existed in the long history of China), forgo some level of personal freedom and the government will markedly increase the standard of living for the nation as a whole, insuring life, possibly the pursuit of happiness, but not liberty.

One of the main problems with this system of “economic” legitimacy is that by being dependent on economic growth, it rests on the premise that global markets will be constant and economic growth in a semi capitalist system can be controlled and always managed upward. Essentially the legitimacy of the government, and not the party in power, is based on the vicissitudes of markets. This is a difficult plank to walk if there ever was one.

How the Chinese leadership reacts when they can no longer live up to the mandate of growth is still to be seen. The challenge facing the government is massive. How do you re-engineer a gigantic and slowing economy from being investment led to become a more balanced consumer-driven economy, without causing some disruption and pain, which then threatens the legitimacy that the government is based on? How long can the Chinese government continue to allow inefficient state owned companies, many hardly producing anything anymore, that were built up during the race to convergence, to continue to operate, and accumulate massive debt just to prevent unemployment. Surely there is a better use for both the capital and human investment. And how do you control the perception of the population that the mandate of heaven is still enjoyed by the government when the annual growth rate could fall from seven percent to four percent. In a developed economy like America, a four percent growth rate would be an unbelievable boom. For the Chinese however, who have become accustomed to a seven percent plus growth rate, the fall to 6.5 or even four percent could be perceived as a severe recession, a recession that would directly challenge the mandate of growth.

The second punch, the right cross in this regard, is the massive changes in the American economy and the political pressures those changes have brought on. Changes initially due to offshoring American jobs to China are now the result of A.I., automation and the economic efficiency of the international supply chain. Although offshoring to China is primarily yesterday’s story it is a story that still carries tremendous political currency.

Adding to this force is the political leadership in the U.S. and China. In America, Donald Trump political strategy requires an international rival and who better then China, a rival with an economy that could challenged America’s economic supremacy in the world. Of course China is not an innocent in the current trade dispute, playing fast and lose with many issues such as technology. But an astute American leader, who did not base his support primarily on the minority of the people who were left behind by globalization, would have harnessed America’ s other trading partners who are having similar problems and quietly exert massive pressure on China while being sensitive to China’s history of pressure by the West and its culture of face.

For China there is Xi Jinping with his imperial sensibilities. If one could say Deng Xiaoping was the father of modern China and set the rules, Xi has now overturned those rules in two important areas. First eliminating the practice of term limits within the Chinese government’s leadership, a key point that made modern China different than other traditional autocracies. And second disregarding Deng’s famous dictum “hide your ambitions and disguise your claws” on how China should act on the world scene.

Boxing is not history and although Donald Trump always appears to model himself as pugnacious boxer he has also reversed himself, at times dramatically, rather than dismantle NAFTA Trump elected instead to rename it and call it victory. Being tough on China can be done without a bullhorn, it can be done by trying to understand China’s problems and realizing the fact that the China/U.S. economic relationship has been in general a win-win for both countries.