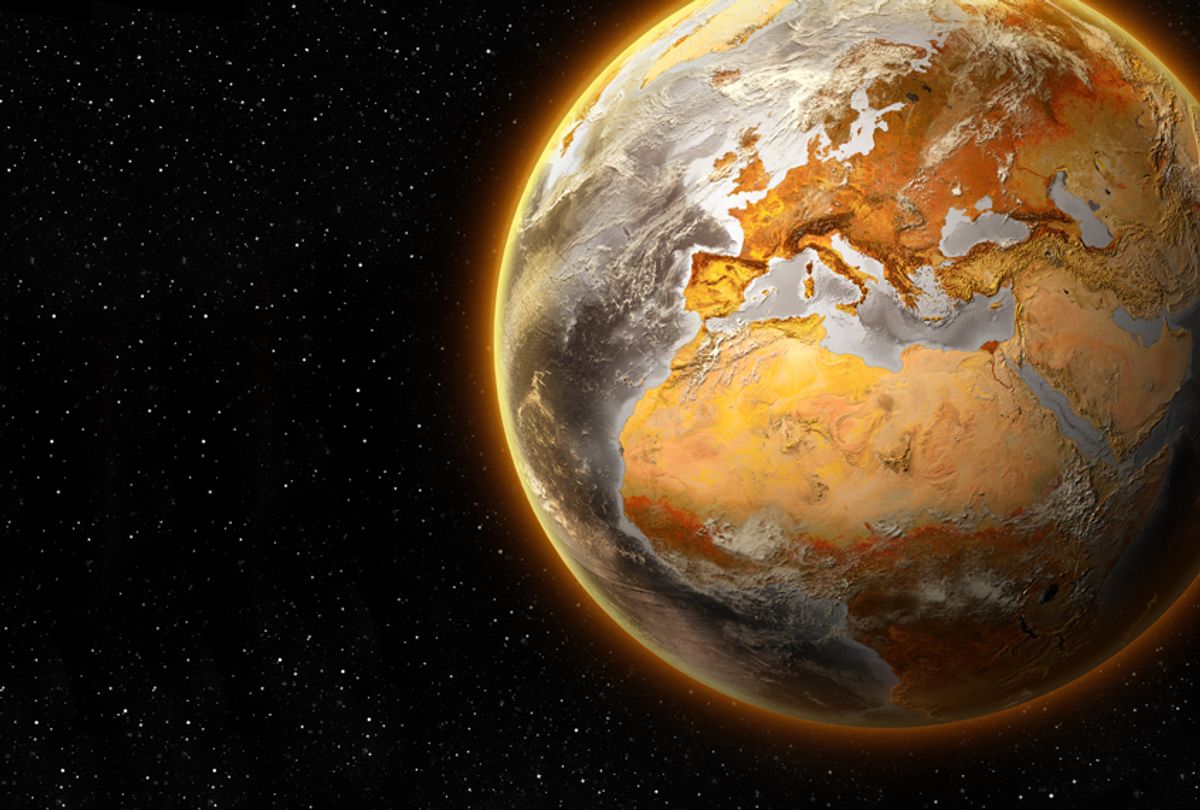 In October, not just one but two high-level reports on climate change warned that the world’s nations are falling short of what’s needed to keep the Earth from overheating dangerously — to the point that it’s time to literally pull carbon dioxide out of the air on a massive scale. Neither report, however, mentioned an opportunity that could help both to constrain emissions and to scrub out some of that carbon: removing barriers to the voluntary use of family planning.

The Intergovernmental Panel on Climate Change (IPCC), the world’s climate science watchdog, warned that carbon emissions were dangerously close to locking in a 1.5 degrees Celsius hike, or higher, in global temperatures. Then a panel of the National Academies of Sciences, Engineering and Medicine called for immediate action to directly lower carbon concentrations through “negative emissions technologies” such as planting trees, substituting biomass for fossil fuels for energy and sequestering carbon captured during combustion.

There is a strong scientific case that slower population growth would help reduce future greenhouse gas emissions and improve prospects for adapting to climate change. For many people, however, this raises dark images of coercive “population control” or seems a diversion from the problem of reducing consumption, especially in wealthy countries.

Many observers also assume that population growth is taking care of itself. But projections of the future world population have been growing in recent years, thanks largely to fertility that is not falling as fast as demographers once expected in parts of the developing world.

Almost all the technologies the National Academies report offers to pull carbon out of the air suggest near-impossible tradeoffs in a crowded world. Using land to grow trees and other plants for energy on the needed scale would require so much acreage that food production would get squeezed. Yet the world’s grain production must ramp up to accommodate more meat-intensive diets and the global addition of some 83 million food consumers each year.

The report also proposes that carbon could be stored in coastal wetlands, but most of the world’s big cities are on or close to coasts, and coastal development for human habitation will only increase as the population grows.

“Competition among different uses of land is likely to accelerate as global population increases along with demand for food, fiber, and other ecosystem services such as biodiversity,” the National Academies report notes. One of the most promising negative-emission technologies — substituting plant-burning energy for fossil fuels, then capturing and sequestering the carbon during combustion — would require co-opting almost 40 percent of the world’s cropland to remove 10 gigatons of carbon per year, according to studies reviewed by the IPCC. But even that would counterbalance just a quarter of current emissions from fossil fuel use. With 7.6 billion people in the world today and considerable anticipated population growth, that’s not a serious option for climate change mitigation.

What other option is there? Trying to “control” population, while some might believe it could help balance the carbon budget, is not an option. With good reason, there is little tolerance for efforts that include coercive measures to reduce fertility or lay the blame for overpopulation on women and large families in Sub-Saharan Africa and other regions of the developing world.

But the reports add to the already strong case that those concerned not just about climate change but also biodiversity and indeed our capacity to sustainably feed future human populations should be thinking a bit more about world population. Happily, that future can be addressed constructively with strategies that already make sense for other reasons and support the childbearing intentions of women and their partners worldwide. Around the world an estimated two out of five pregnancies on average are unintended. Removing barriers to family planning would support both parents’ reproductive intentions and more slowly growing populations.

Rather than seeing population growth as taking care of itself or as an immutable force to which we must simply adapt, we might consider actions consistent with our values and human rights that would bend the trajectory of population growth below what demographers currently expect. Promoting sexual education and universally available health services that provide family planning information and offer contraception would be good steps. October’s climate change studies offer yet another reason why this approach would improve prospects for a livable planet.

Robert Engelman is a senior fellow with the Population Institute, and former president of the Worldwatch Institute.