An option for Nancy Pelosi: Designate a successor 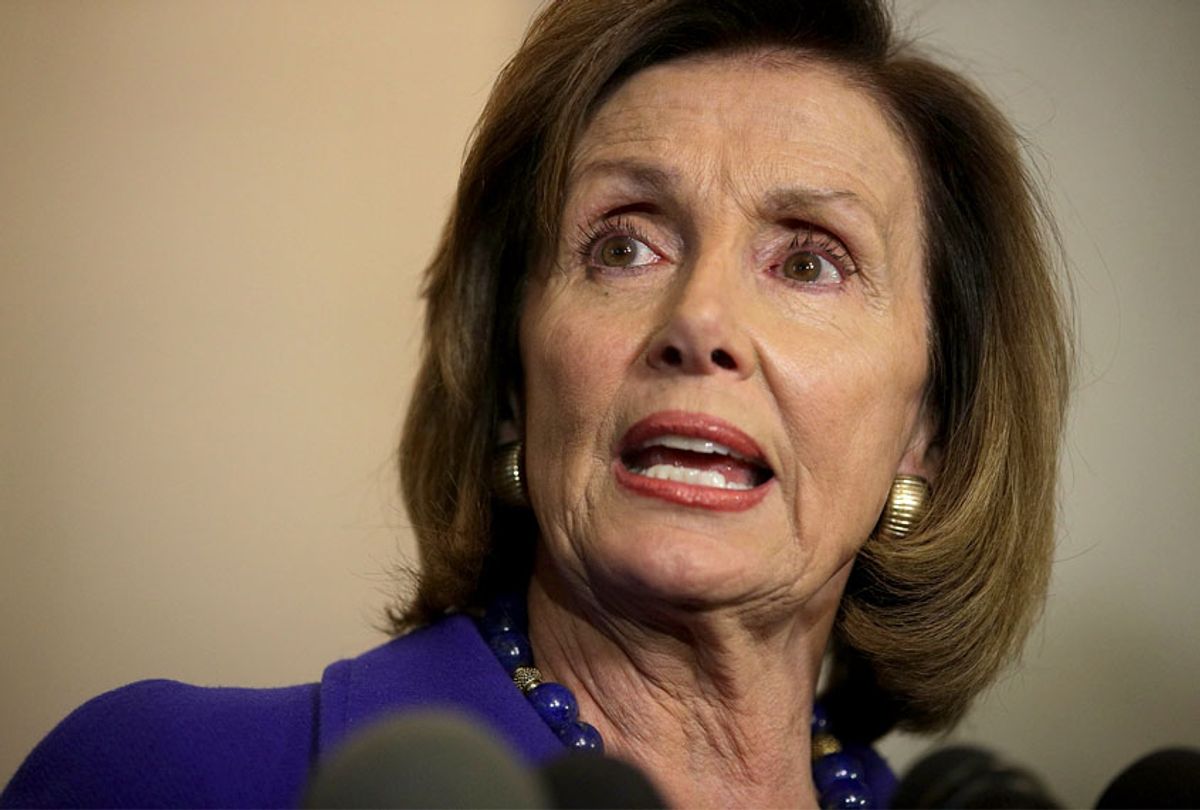 Nancy Pelosi deserves to be elected speaker of the U.S. House of Representatives.

She earned it by her previous performance in the role. She reinforced that claim by her exceptional fundraising and support for Democratic candidates in the recent midterm elections.

As she advances her candidacy, however, two factors need to be recognized. First, Pelosi has become a target of relentless attacks by the Republican Party and its candidates in many districts.

Second, the hostility toward Pelosi became so widespread that a number of Democratic candidates felt compelled to declare opposition to her speakership and even pledge not to vote for her.

During the recent campaigns, Pelosi addressed those factors directly. Her realism was clear when she advised Democratic House candidates to do whatever they needed regarding her speakership candidacy.

Knowing that she was personally toxic in some districts, she invited Democrats to voice support or opposition to her, whatever it took for them to be elected.

While many Democratic candidates did their best to avoid the issue, a number of newly elected members are publicly committed not to vote for her. That could mean either a vote for some other contender or merely an abstention.

Abstention not a real option

Abstaining on such a weighty choice would hardly speak well of a member’s political fortitude. Under some scenarios observers suggest that there may be enough resistance to Pelosi that her election might depend on some Republican votes.

Surely, the Democratic caucus would remain united against any Republican nominee for speaker, but an embarrassment looms if a clean succession proves unattainable for Pelosi.

Pelosi and her supporters might wish to consider a novel alternative to the usual process for selecting the speaker. In the normal course of succession, the speakership favors seniority.

However, Republicans broke from that pattern when they elevated Paul Ryan to the position. The second-ranking Democratic leader in the House, Majority Whip Steny Hoyer of Maryland, might be considered if Pelosi were not elected or chose to stand aside.

There were even some murmurs that James Clyburn of South Carolina, the senior African-American in the Democratic leadership, might offer his candidacy, but that seems quite unlikely.

A different concept for planning leadership succession is often used in business and other private organizations. A successor in waiting may be designated well before that person’s actual election or service begins. Given the problematic situation now facing the House, that method provides a real option.

Pelosi could take the initiative to apply such an idea within the Democratic caucus. Without specifying how long she expects her own speakership to run, leader Pelosi could invite her colleagues to select now the person they would wish to follow her in this speakership.

It would behove Pelosi to explore this option in close consultation with Hoyer, Clyburn and other Democratic leaders. Those who have spent years and even decades patiently working their way up the ladder toward a speakership could understandably be reluctant to accept an entirely different model for the succession.

Yet they, too, should be realistic enough to acknowledge that present circumstances call for an innovative response to accommodate the political currents running across the country.

Of course, nothing would preclude one or more of the current roster of Democratic leaders from offering their own candidacies for the successor role.

In all probability, however, the urge for at least some degree of generational change would bring younger prospects to the fore.

Ideally, a Pelosi effort along these lines would provide a welcome outlet for younger colleagues to express their consensus in favor of leadership change.

For some of those facing constituent cross winds on the issue, perhaps a vote against Pelosi in the caucus while supporting someone else for the succession would give them enough political space to support her as the caucus nominee in the full house vote.

Most importantly, the designation of a future caucus nominee for speaker would allow members to shape expectations in Congress and among the public about an orderly succession process.

Tinkering with tradition is always chancy. The current turbulence in U.S. politics has already brought drastic disruption, especially in standards of presidential conduct and in relations between the branches.

A fresh approach to managing the speakership succession could bring a wholesome degree of stability. That would serve both Nancy Pelosi and the American people very well.