“There’s your Mueller report . . . provided in a form that Matt Whitaker won’t be able to suppress"

If Marcy Wheeler is correct, we will learn the details from the special counsel’s report in the next Mueller filing 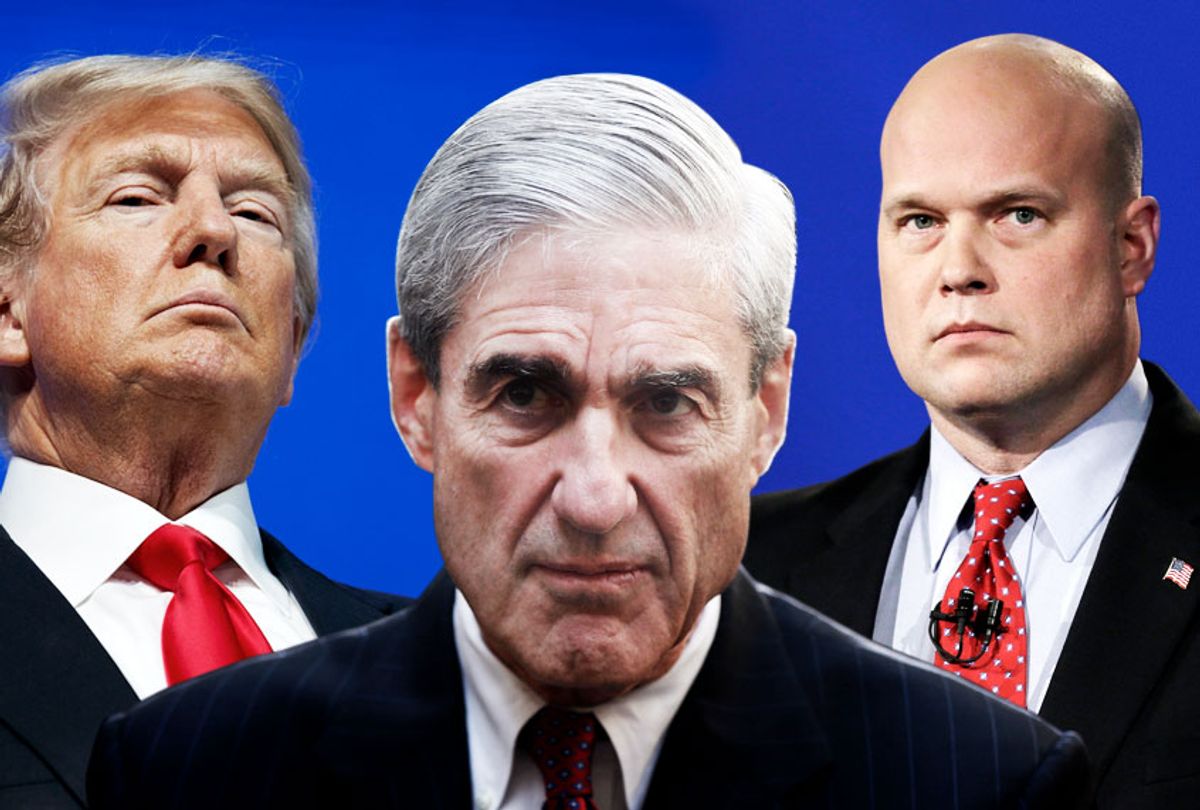 Some legal analysts think Trump may have dangled a pardon. Others suggest he may be scared of retaliation by Russian president Vladimir Putin. Veteran journalist Dan Rather suggest Manafort was simply outsmarted by special counsel Robert Mueller.

Looking at Manafort and Trump on one side and Mueller on the other, one is reminded of the old adage of one side "playing chess" and the other "playing checkers." Although with today's developments, maybe it's more like chess and Candy Land.

Wheeler, however, offered a specific theory on how Mueller outmaneuvered the Trump team.

She explains that Mueller made the revelation only after President Donald Trump had turned in his written answers on collusion to the special prosecutor.

“Just about the only explanation for Manafort’s actions are that — as I suggested — Trump was happy to have Manafort serve as a mole in Mueller’s investigation,” Wheeler argued. “But Mueller’s team appears to have no doubt that Manafort was lying to them. That means they didn’t really need his testimony, at all.”

“It also means they had no need to keep secrets — they could keep giving Manafort the impression that he was pulling a fast one over the prosecutors, all while reporting misleading information to Trump that he could use to fill out his open book test,” she continued. “Which increases the likelihood that Trump just submitted sworn answers to those questions full of lies.”

This is where her theory gets even more interesting.

Since Matt Whitaker was installed as acting Attorney General, many legal analysts have worried his role was to scuttle the special counsel investigation and/or prevent the public release of Mueller’s report.

Wheeler noted a specific line from the status report that Mueller’s team filed on Monday.

“The government will file a detailed sentencing submission to the Probation Department and the Court in advance of sentencing that sets forth the nature of the defendant’s crimes and lies, including those after signing the plea agreement herein,” the special counsel’s office promised.

“There’s your Mueller report, which will be provided in a form that Matt Whitaker won’t be able to suppress,” Wheeler concluded.

If she’s correct, the public will learn the details from the special counsel’s report in the next Mueller filing.

And it will be done in a way that effectively bypasses acting AG Whitaker’s ability to suppress the facts.
Read the whole theory here.