"Kushner is the son-in-law of the man who called Mexicans 'murderers and rapists,'" historian Enrique Krauz tweeted 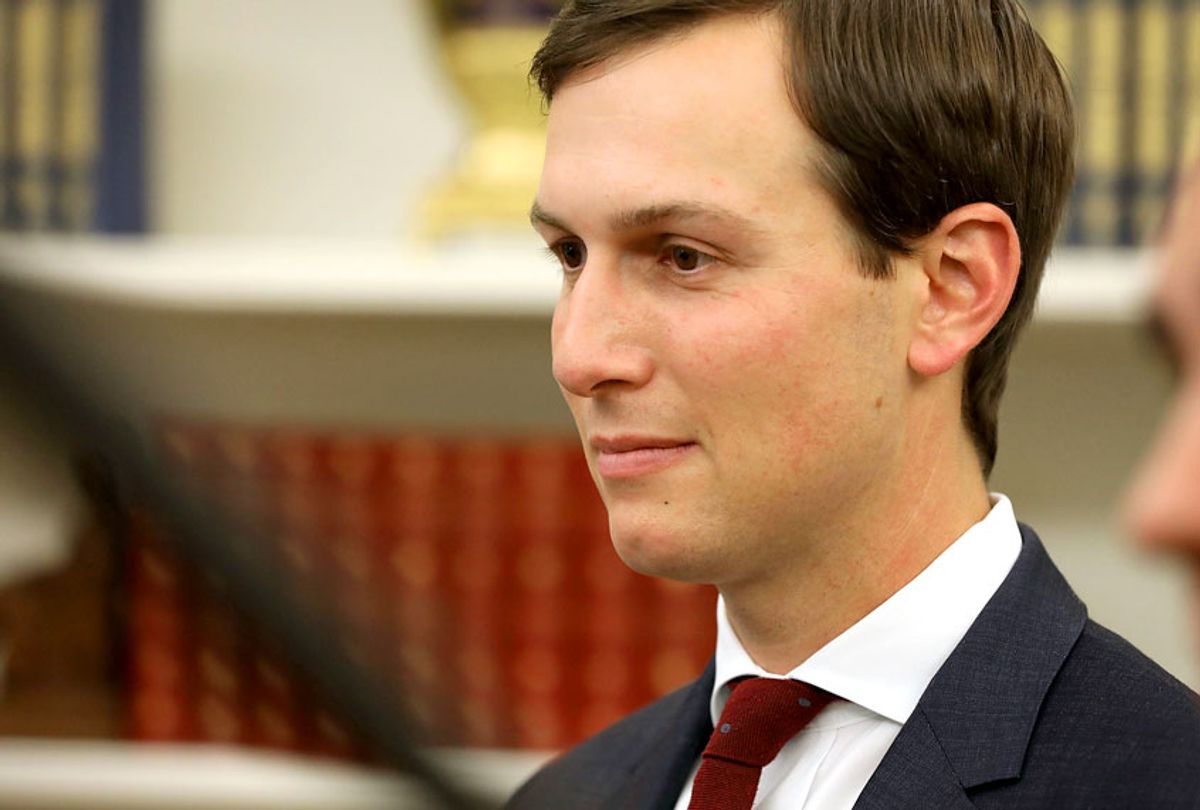 Jared Kushner became a trending topic Wednesday on Twitter after receiving one of Mexico's highest honors for foreigners. The country's president Enrique Peña Nieto shocked his people after awarding the Order of the Aztec Eagle to a man he called a "grand ally of Mexico." That same man works for President Donald Trump, who kicked off his presidential campaign by falsely claiming that "the Mexican government is sending rapists, drug dealers, and criminals across the border."

In his final days of office, Peña Nieto will bestow the prestigious honor to Kushner for his role in helping renegotiate the North American Free Trade Agreement between the U.S., Canada and Mexico. The ceremony will not take place until Friday during the G20 Summit in Buenos Aires, but as soon as word broke loose, many prominent Mexican and Latino figures took to Twitter to express their disdain with the outgoing president's decision.

"Kushner is the son-in-law of the man who called Mexicans 'murderers and rapists,'" Mexican historian Enrique Krauze tweeted. "Giving him the Aztec eagle is a supreme attitude of humiliation and cowardice."

Agustín Basave, a Mexican politician and president of the Party of the Democratic Revolution, responded by tweeting, "And he's not just the son-in-law of Trump – he's one of his main advisors. But [Secretary of Foreign Affairs Luis Videgaray Caso] is willing to humiliate Mexicans once again for the sake of his professional future."

Carin Zissis, a Latin American journalist, wrote, "Hard to find anyone in Mexico who's happy with EPN's decision to make one of his final acts as president be bestowing Mexico's highest honor on Jared Kushner. He leaves office with 26% approval—and that was before announcing the award. Turns out some things can unite Mexicans."

EPN's decision comes at a time of growing hostility toward Mexico at the helm of harmful rhetoric from Kushner's father-in-law. Trump has continued to threatened to build a wall along the U.S.-Mexico border long after his 2016 presidential campaign, claiming that Mexico would pay for it. Trump has more recently come under fire for his administration's discontinued policy of separating migrant children from their parents at the border and just this weak unleashing tear gas on women and children, some without shoes, who were attempting to cross, which the president denied despite photo and video evidence.

As my colleague Rachel Leah wrote of the controversial policy, "It is true that the use of chemical warfare and physical violence from law enforcement is neither new or limited to asylum seekers at the border. In 2014, police in Ferguson, Missouri, shot tear gas at protesters and residents after the police killing of the unarmed teenager Michael Brown. Two years later, in 2016, law enforcement deployed water hoses in freezing temperatures and tear gas against unarmed protesters at the Standing Rock Indian Reservation, who were opposing the construction of the Dakota Access oil pipeline."