"Trump is in office, and he’s destroying the country. This ‘but Obama’ defense doesn’t work," Sunny Hostin responds 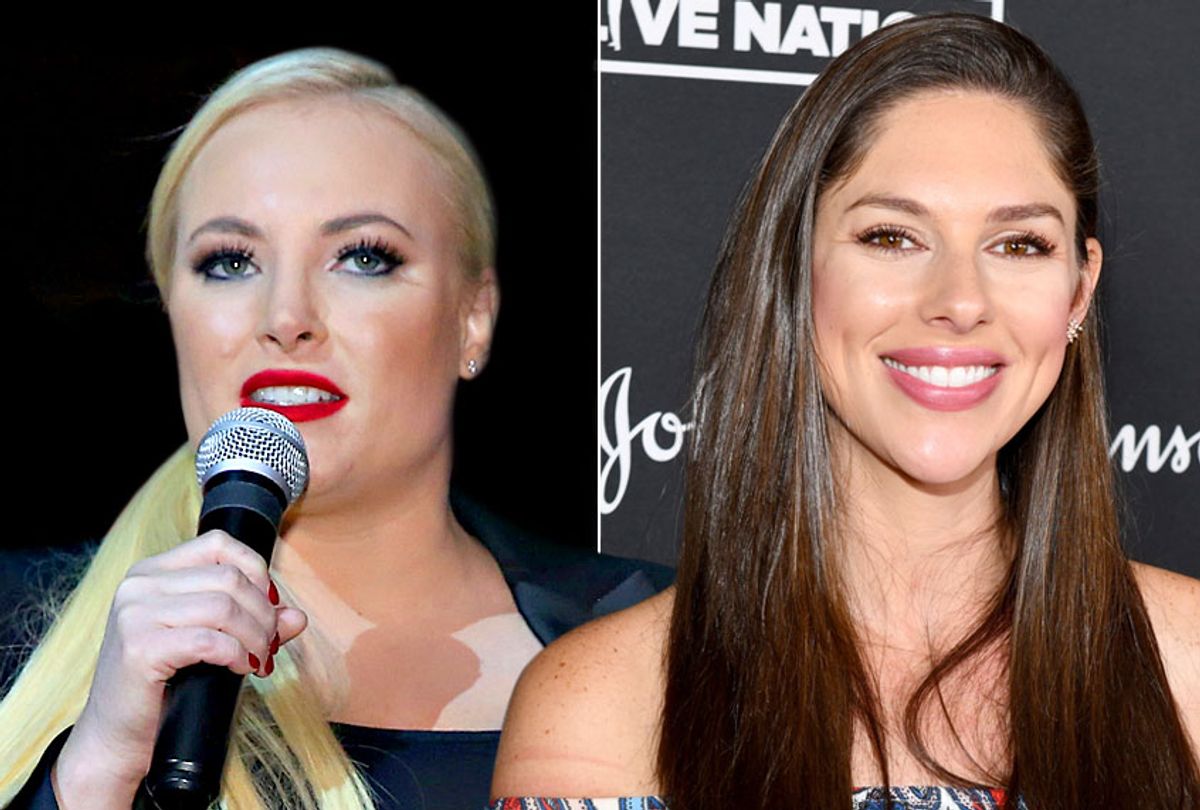 A clash broke out on “The View” after conservatives Meghan McCain and Abby Huntsman blamed Barack Obama for inhumane policies against immigrants.

The conservative National Review complained that President Donald Trump has drawn more widespread media criticism than Obama, and Huntsman conceded the current president’s rhetoric drew more attention to his actions than his predecessor.

“We can call out BS on both to be honest, because of the president’s rhetoric, I think, we’re shining such a light on this,” Huntsman said.

Huntsman cited statistics that showed undocumented children fell into the hands of human traffickers under Obama, and co-host Sunny Hostin stepped in.

“The last I checked President Obama is no longer in office,” Hostin said. “President Trump is in office, and he’s destroying the country. This ‘but Obama’ defense doesn’t work for me.”

She said recent reporting showed the Trump administration was still separating families at the border, and McCain jumped on her for saying she didn’t care what abuses might have taken place under Obama.

“If you’re infuriated now, you should have been infuriated then — that’s all I’m saying,” McCain said.

Goldberg pointed out that Obama had deported more immigrants than his predecessors, but she said congressional Republicans did nothing to stop him or help make laws more humane, and Hostin chimed in.

“I will yell from the hills about separating children from their parents,” Hostin said.

McCain complained that she was changing the subject.

“First of all, we’re talking about tear gas — we were talking about tear gas, not children being separated,” McCain said. “The other thing I want to say is that I come on here a lot and concede when Republicans are making mistakes. I did it yesterday, the woman who became senator in Mississippi, I did it about Hillary Clinton. It would be nice if my friends on the left conceded when they were wrong.”

“You’re not mad when Obama did it but you’re mad when Trump did it,” she added.