Medication abortion likely meets the FDA criteria for OTC use, but women are still required to get it at a clinic 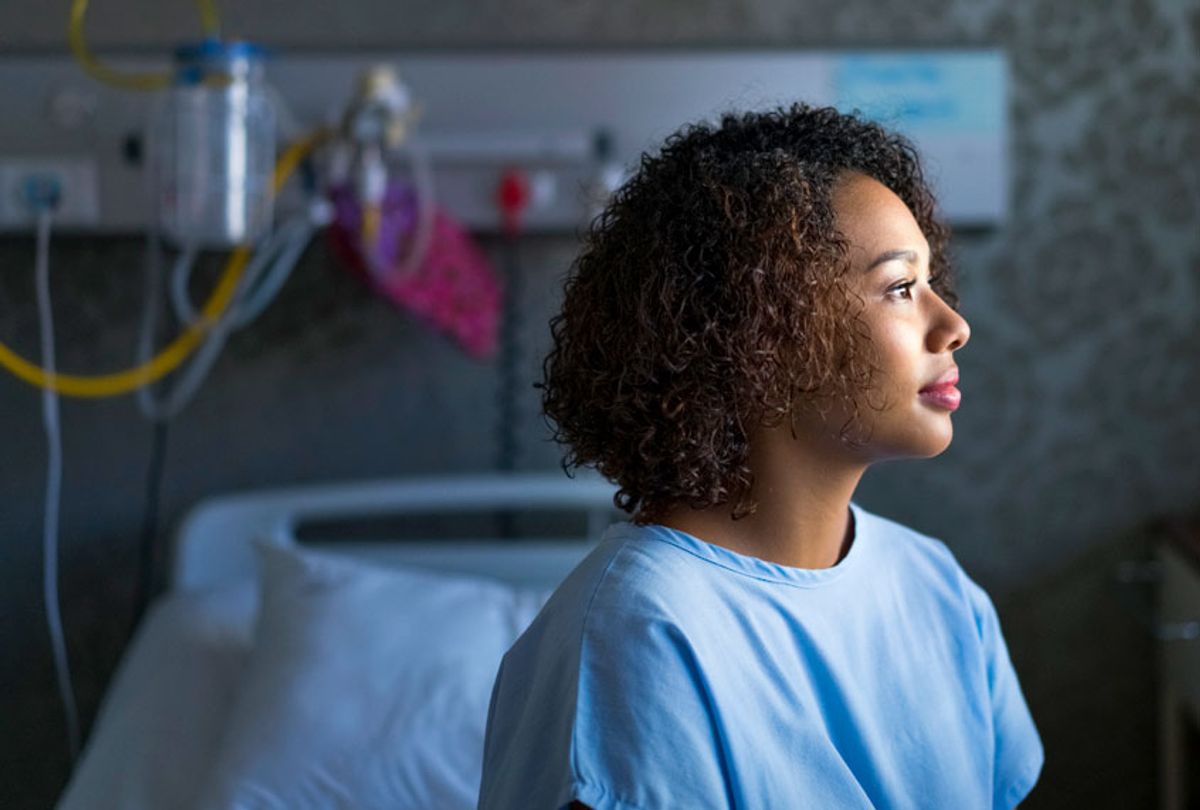 The website Aid Access recently began offering women in the U.S. the option to obtain an abortion in the privacy of their own homes. U.S. women who are unable to overcome the significant barriers to accessing abortion in a health care setting or prefer the convenience and privacy of home-based care can use the site to purchase a medication abortion product online. While this may seem like a radical approach by U.S. standards, it is likely safe for most women, and especially helpful for women living far from an abortion facility.

The launch of Aid Access comes at a time when women increasingly are faced with restrictions to accessing abortion care. Now more than ever, there is a need to expand the ways that women can obtain the abortion care that they need. Medication abortion, which represents about a third of all abortions provided in health care settings, has the capacity to offer women more choices and to reduce many existing barriers to abortion care.

Right now in the U.S., medication abortion can only be dispensed at a medical facility like a doctor’s office, clinic or hospital, but there are alternative models of care that could help expand its availability if implemented. One option would be allowing women to purchase the abortion pill at a pharmacy, which could significantly reduce the challenges to obtaining abortion care. In fact, women in other countries are already accessing medication abortion in pharmacies safely and effectively. But even requiring a consultation with a pharmacist may be unnecessary to ensure safe and accessible abortion. Given the evidence for its safety, medication abortion likely meets the FDA criteria for over-the counter (OTC) use, which could allow women to acquire the abortion pills without a prescription.

Not only does research increasingly demonstrate that these models of abortion care are safe and preferred by some women, we now have data showing that women support these innovative approaches to expanding abortion access. Our new national study, which surveyed more than 7,000 women ages 18-49, found that women are interested in and supportive of expanding women’s access to medication abortion pills in three specific ways: 1) in advance from a doctor for future use, 2) OTC from a pharmacy, and 3) online without a prescription. Nearly half (49 percent) of the women surveyed supported at least one of the three models; 45 percent supported advance provision, 37 percent supported OTC access and 30 percent supported online access.

Women in particular noted the benefits of being able to access abortion earlier in pregnancy, not having to see a clinician, as well as the privacy and convenience that these models could provide. Women who had previously had a medication abortion and those who had experienced barriers accessing reproductive health services expressed the greatest support.

While women responding to our survey noted the advantage of not having to see a clinician, they also shared some concerns about safety, the lack of clinician involvement and that women might not take the pills correctly. But the evidence firmly shows that the risks of medication abortion are extremely low. It is more likely that these safety concerns reflect a policy environment that has mostly restricted rather than expanded access to abortion, under the false pretense of improving its safety.

The current restrictions on medication abortion, including the limited ways that women can acquire it, are having real, significant effects on abortion access nationwide. These unnecessary requirements can lead to delays accessing care and increases in costs, and may bar some women from accessing services altogether, particularly for those who are socially and/or geographically isolated. In the U.S., it is estimated that there are 27 abortion deserts, meaning that the nearest abortion facility for women living in these areas is more than 100 miles away.

Women in many countries across the world, particularly in places where abortion is illegal or unavailable have been using medications to safely end their pregnancies on their own. Women in the U.S. are also self-managing their abortions. In Texas, we estimated that 7 percent of women seeking a clinic-based abortion had attempted to end that pregnancy on their own.

The current political climate suggests that it is unlikely that the FDA would be persuaded to expand women’s access to abortion in the near future, despite evidence supporting its safety. But at a time when more and harsher restrictions on abortion access seem inevitable, we must explore alternative options to improve women’s access to safe abortion and that meet their reproductive health needs. Given women’s strong interest in expanding the ways they can access medication abortion, it is important to build the evidence base to convince the FDA or a pharmaceutical company to explore these novel alternatives to clinic-based care. Removing existing obstacles to patient care can ensure that women are able access abortion earlier in pregnancy, reduce the burdens they face, and improve their satisfaction, autonomy, and well-being.

M. Antonia Biggs, PhD, is a social psychologist researcher in the Department of Obstetrics, Gynecology and Reproductive Sciences at the University of California San Francisco (UCSF), and Advancing New Standards in Reproductive Health (ANSIRH), a research program at UCSF.

Daniel Grossman, MD, is a professor in the Department of Obstetrics, Gynecology and Reproductive Sciences at UCSF and director of Advancing New Standards in Reproductive Health (ANSIRH).