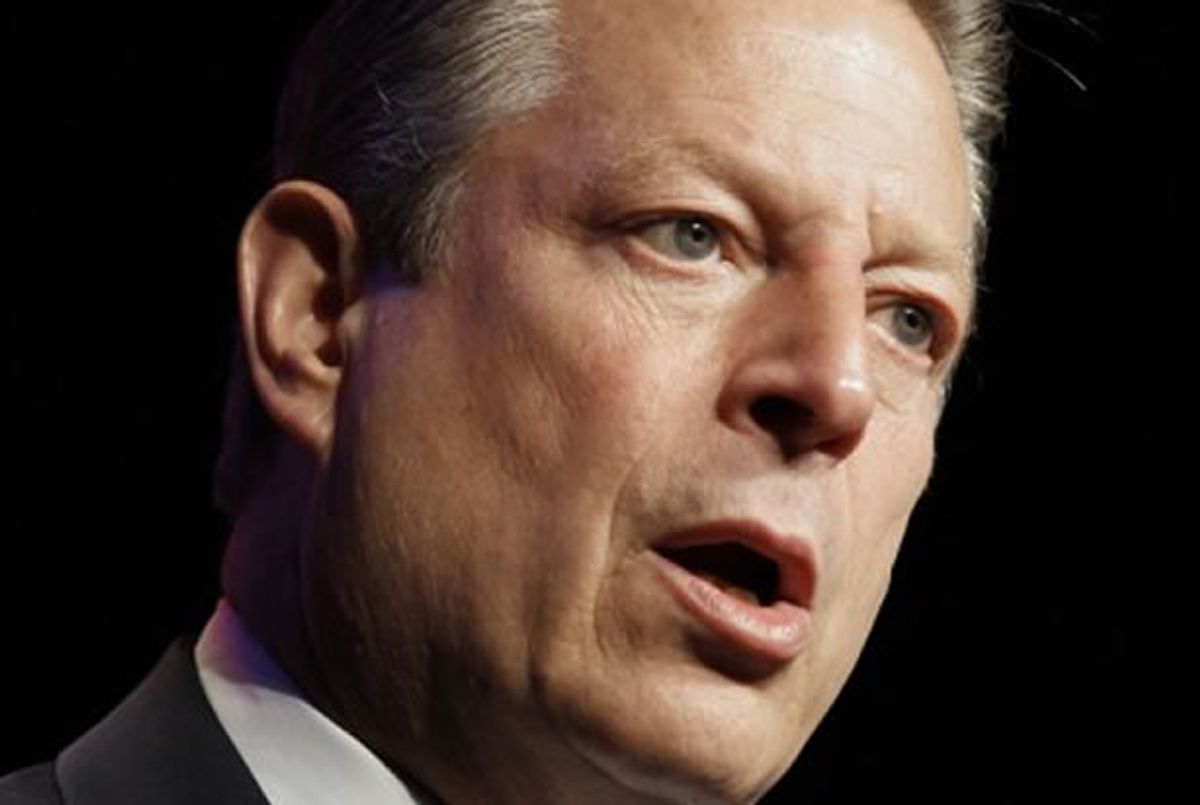 Al Gore burned President Donald Trump as the "face of climate denial" on Wednesday night's broadcast of "The Daily Show with Trevor Noah."

The former Democratic vice president and star of "An Inconvenient Truth," the Oscar winning documentary on global warming, sat down with Noah to discuss climate change and his upcoming special "24 Hours of Reality" and wound up roasting the current president in the process.

"Donald J. Trump is now the face of climate denial," Gore said to Noah. "His voice is the voice of climate denial. And the vast majority of Americans – not to mention all around the world – have had it with the constant craziness."

Gore is a notable environmental activist, who along with the Intergovernmental Panel on Climate Change, won the 2007 Nobel Peace Prize for "for their efforts to build up and disseminate greater knowledge about man-made climate change, and to lay the foundations for the measures that are needed to counteract such change."

This is not the first time that Gore, an outspoken critic of Trump, has publicly roasted the president. Earlier this year, Gore told Fox 11 Los Angeles that Trump should "resign" after discussing his detrimental stance on the Environmental Protection Agency.

"My only message would be resign," Gore said. "I think everyone knows to discount what this current administration is doing and saying. They’ve made the EPA the CPA — the Coal Production Agency — instead of protecting the environment."

Trump and his administration are infamous for their denials of climate, which refute the conclusions of the global scientific community. Along the campaign trail, Trump called climate change a hoax created by the Chinese and more recently, tried to discount a landmark 1,700-page federal report that warned of the environment's impending doom come 2100.

"This experiment with Trump-ism is not going very well," Gore told Noah. "By the way, in science and medicine, some experiments are terminated early for ethical reasons."

However, the interview did not end on a sour note, but rather with Gore offering advice on how disillusioned Americans can help. Specifically, Gore cited the 2020 presidential election as an outlet for younger and disenfranchised populations to alter the future of the country and the planet for generations to come.

“There’s another election coming up in 2020," Gore said. "There will be an opportunity for people who have had enough of this stuff to register and vote in large numbers and make a statement that we want to get back on track to the real American dream."

Gore's newest special follows the former presidential candidate and the Climate Reality Project as they visit various time zones around the world to uncover eye-opening stories about the "climate crisis." “Our health depends on the health of the planet,” Gore said in a statement about the upcoming event.