Rachel Weisz: Stop asking actresses what it’s like to work with other women 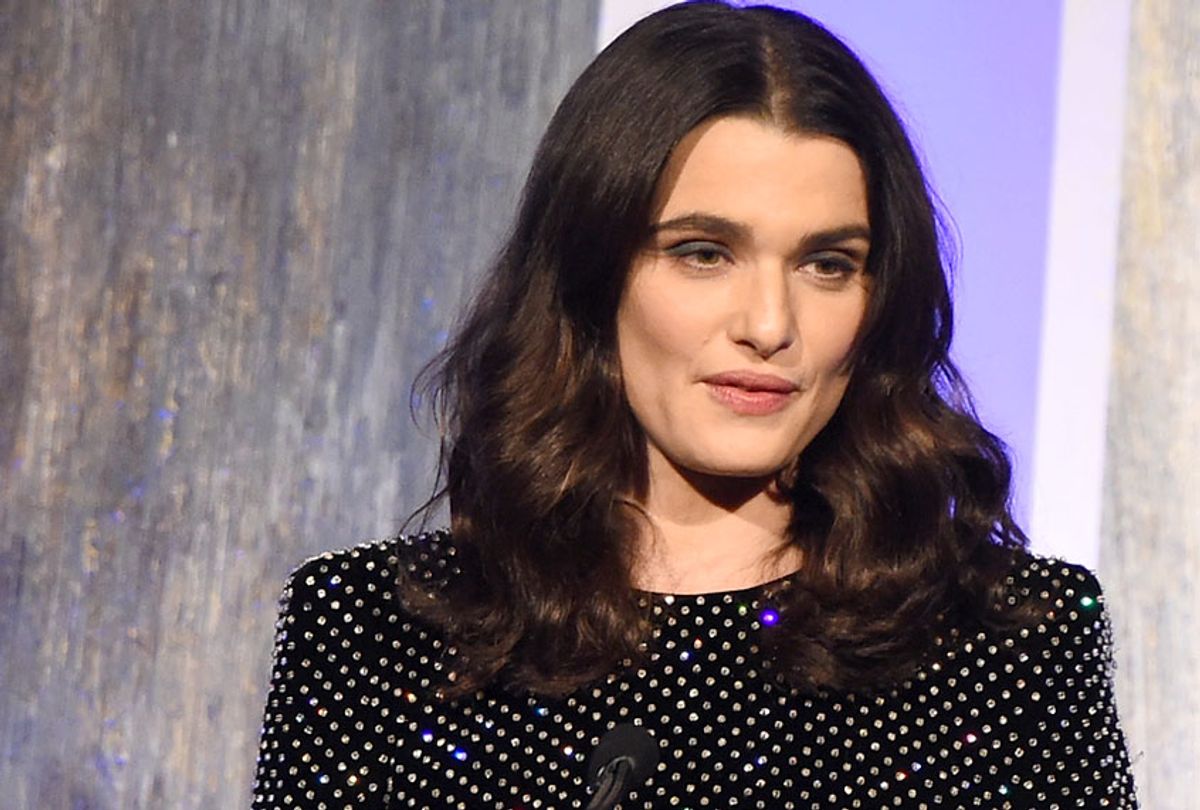 Rachel Weisz was the sole member of “The Favourite” trio to attend the 2018 Gotham Awards, and she used her acceptance speech while receiving this year’s Special Jury Award For Ensemble Performance to send a potent message to the press. The Gotham Awards gave Weisz and co-stars Emma Stone and Olivia Colman the Jury Prize.

Read more IndieWire: ‘The Favourite’ Could Win Big at the Oscars Because Its Actors Lost Their Inhibitions

“I hope one day in the not-so-distant future we don’t get asked what it was like to share the screen with other women,” Weisz said at the end of her otherwise humorous speech. “Because I don’t think you ever ask men that. But I could be wrong.”

Weisz poked fun at her co-stars’ absences by bringing out cardboard cutout masks of Stone and Colman’s faces. “The Favourite” features the three women as co-leads, and much of their press tour since the film launched at the Venice Film Festival has included questions about what it was like starring in a female-charged motion picture. As Weisz noted, male actors are rarely asked what it’s like to work opposite other male actors, and thus it’s a double standard to ask female actors the question.

“The Favourite” stars Weisz as Sarah Churchill, the trusted advisor to the mad Queen Anne (Colman). The arrival of Stone’s character, Abigail Hill, sets off a twisted battle to become the Queen’s favorite. Fox Searchlight opened the film on November 23, where it made history as the highest grossing indie debut of 2018 so far. Colman won the Best Actress prize at the 2018 Venice Film Festival and is being submitted for the Best Actress Oscar. Weisz and Stone are being campaigned for Best Supporting Actress.

Earlier in the evening at the Gotham Awards, Weisz accepted this year’s Actress Tribute. “The Favourite” is also nominated for the Best Feature and “Best Screenplay” prizes.