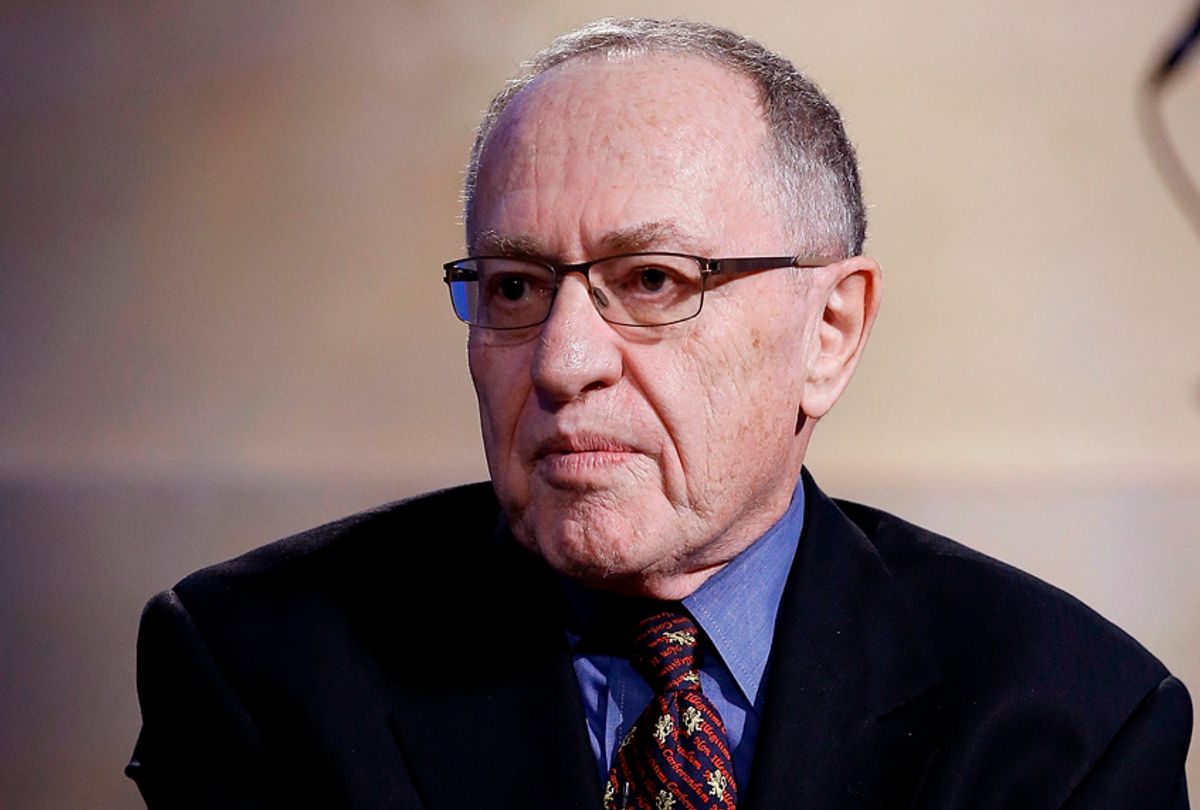 Alan Dershowitz, the former Harvard law professor and prominent civil-liberties attorney, wrote this response to the Salon article referenced below, published on Nov. 30. That article was primarily sourced from an earlier report in the Miami Herald that mentioned a 2015 affidavit containing allegations against Dershowitz. He has consistently and vigorously denied those allegations, and here supplies evidence that they were withdrawn. Our earlier article has been updated and clarified to reflect this.

After leveling these claims in detail, you say that I “vehemently denied the accusations.”

Not only did I deny the claims, I conclusively disproved them. I produced my travel, phone, credit card, and TV appearance records conclusively proving I could not have been and was not in any of the places Roberts claims I was during the time that she knew Epstein. The former director of the FBI, assisted by a former assistant U.S. attorney and a chief federal marshal, reviewed these records and the other evidence and concluded that “the totality of the evidence found during the investigation refutes the allegations.” The judge struck Roberts' affidavit and sanctioned her lawyers for filing it, and her lawyers then withdrew their accusation admitting that it was a mistake. After reviewing the evidence, ABC News canceled their plan to show an interview with Roberts because she was not credible.

There is other evidence, currently under seal, that directly establishes my innocence. I am seeking to unseal emails between Roberts and a journalist, a book manuscript by Roberts and a legal brief that are smoking guns showing that I was “deliberately framed for financial reasons.”

There is also irrefutable evidence that Roberts lied about other people for money. She told a British tabloid that she met Al and Tipper Gore on Epstein’s island and she swore that she had dinner with Bill Clinton on the island. But Secret Service records prove that none of these people were on the island. Indeed, the Gores didn’t even know Epstein.

I have a tape recording of a conversation with Roberts' closest friend in which she says that Roberts told her she “felt pressure to go after [Dershowitz]” in order to obtain money from a wealthy businessman and that Roberts had never previously included me among the people with whom she claimed to have had sex.

One of Roberts' own lawyers has acknowledged in front of witnesses that Roberts’ claims against me are “wrong” “simply wrong.” The evidence of my innocence is indisputable: I never met Roberts; I never had sex with her; she simply made up the entire story for money.

Roberts made her false claims against me in court documents that immunize her from being sued for defamation. I challenge her to repeat her false accusations out of court, so that I can sue her for defamation and let a jury decide — after seeing all the evidence including the emails and book manuscript — who is telling the truth and who is lying.

Alan Dershowitz was Felix Frankfurter Professor of Law at Harvard Law School prior to his retirement, and has been described as "the best-known criminal lawyer in the world." He is the author of more than 20 books, most recently including "The Case Against Impeaching Trump" and "The Case Against BDS."