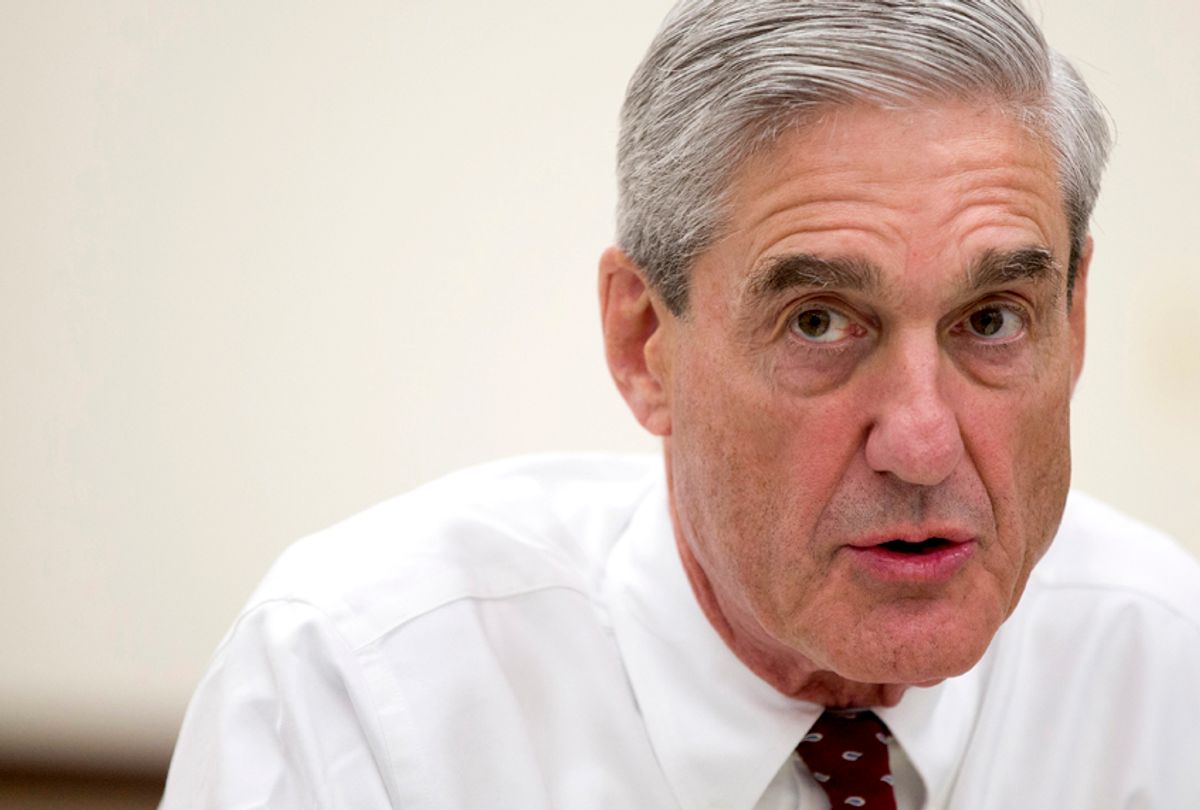 A new analysis of special counsel Robert Mueller’s court filings by Axios reporter Garrett Graff suggests that President Donald Trump is right to be worried about what the probe will uncover.

In particular, he writes that Mueller is releasing “bread crumbs” of evidence that create a narrative showing a correlation between actions by the Trump campaign and actions of Russian intelligence agents.

The biggest example of this, he says, is an “oddly specific” reference to Russian hackers targeting “email accounts at a domain hosted by a third-party provider and used by [Hillary] Clinton’s personal office” for the first time in 2016 within hours of Trump publicly encouraging Russia to release Clinton’s hacked emails.

He also notes that Mueller linked former Trump “fixer” Michael Cohen’s decision to call off the Trump Tower Moscow project in June 2016 with news that broke around the same time of Russians hacking the Democratic National Committee.

Additionally, Mueller conspicuously left one Russian national who traveled to Atlanta in 2014 unindicted earlier this year — despite the fact that “Mueller makes clear in the indictment that he knows the precise IRA official to whom this unnamed male traveler filed his Atlanta expenses after the trip.”

“By making such detailed filings, Mueller is actually increasing his burden of proof — suggesting a supreme confidence that he has the goods,” he writes. “And by making so much public as he goes along, Mueller is also insuring against his probe being shut down or otherwise curtailed by the White House.”