“I don’t care what you’re interested in either, Joy!” McCain whined as Whoopi Goldberg sent the talk show to break 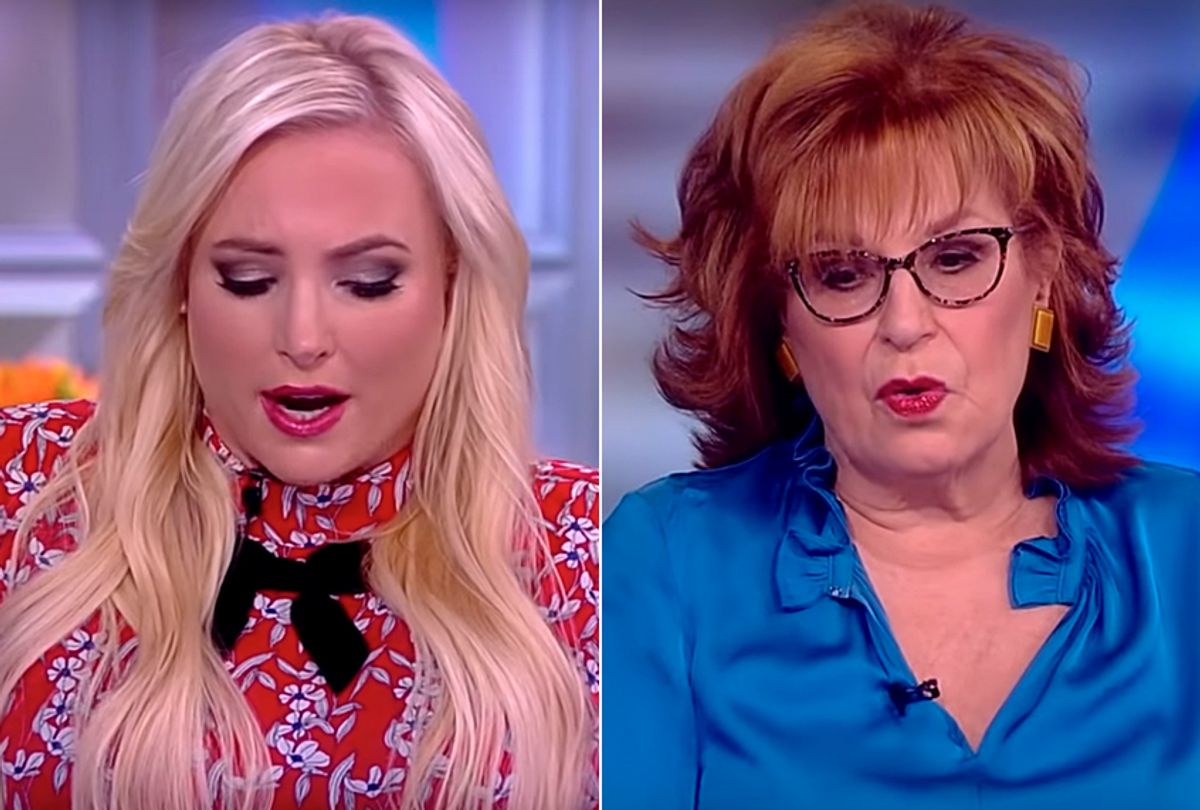 "The View"’s Meghan McCain on Monday blew up at co-host Joy Behar for bringing up climate change during a discussion on the death of George H.W. Bush, complaining that she’s “not interested” in Behar’s concern for greenhouse gas emissions.

“I want to say one thing about him that was not picked up really because as a candidate he said, ‘Those who think we're powerless to do anything about the greenhouse effect are forgetting about the White House effect,’” Behar explained. “Then he signed into law the Clean Air Act Amendment of 1990, one of the most sweeping environmental statutes ever.”

“This president that we have now is trying to unravel everything that he did and [Barack] Obama did,” Behar continued. “And if I ever become a one-issue voter, it will be about pollution and the greenhouse effect and the fact that—“

“Can we focus on the president, please?” She whined. “I don’t want to talk about Trump.”

“I do for a moment,” Behar replied.

“Excuse me a second please, I want to talk about it,” Behar said.

“But we’re honoring — I’m not interested in your one issue when a president just passed,” McCain said.

“I don’t care what you’re interested in, I’m talking,” Behar shot back.

“I don’t care what you’re interested in either, Joy!” McCain replied as Whoopi Goldberg sent the show to break.

Watch the blow up below, via ABC: