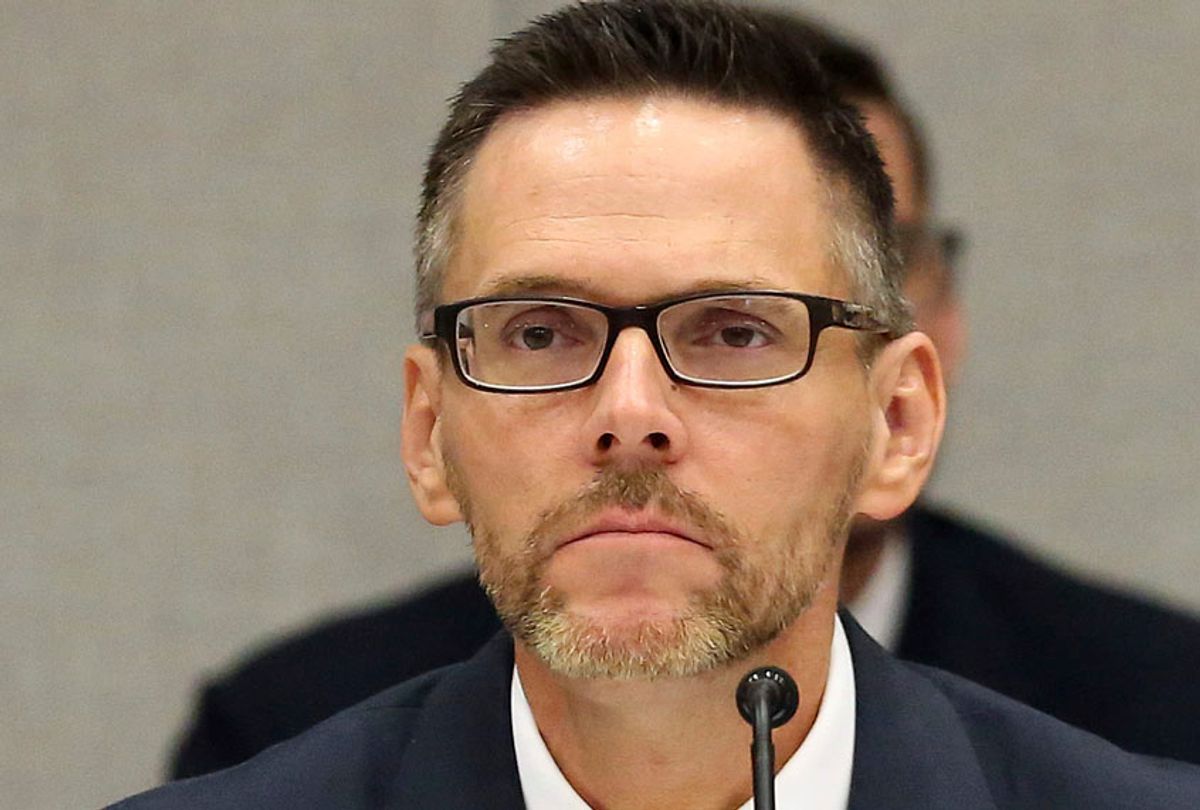 Ross Spano, a Republican who was elected to the United States House of Representatives from the 15th congressional district last month, is being accused of violating campaign finance laws during that campaign.

On Saturday Congressman-elect Spano publicly released a Federal Elections Commission filing which revealed that he had borrowed $180,000 from people he described as personal friends between June and October and loaned his campaign $167,000 during roughly the same period of time, according to The Tampa Bay Times. Although Spano described those loans as coming from his "personal funds," federal campaign finance law prohibits describing money given to a campaign through personal loans as coming from the candidate's own bank account. Those types of loans are supposed to be classified as campaign contributions — and, as such, limited to $2,700 each for both the primary and general elections.

The Times elaborated on how Spano is defending himself in the letter published on Saturday:

At the time of the loans, Spano "believed he was acting in full compliance with the law" as did the two lenders, "based on the consultations they had at the time," stated a letter to the Commission that was released Saturday afternoon.

But the letter, written by attorney Elliott Berke of Washington, said Spano and the lenders "now recognize that some of the proceeds from the personal loans … may have been in violation of the Federal Campaign Finance Act."

Berke said in the letter that he was submitting it on behalf of Spano and the two people who gave Spano the loans, retiree Karen Hunt of Plant City and businessman Cary Carreno of Valrico.

Kirsten Carlson, Spano's Democratic opponent in the congressional election, is calling for a federal investigation.

"I don't know if that amount of money would have affected the outcome of my race, but I really do believe it affected the primary race," Carlson told the Times. "The elections laws are in place for a reason and they're intended to give the public fair and honest elections."

Spano's primary opponent, Rep. Neil Combee, R-Polk City, has also accused Spano of violating campaign finance law but has not said whether he would pursue legal options to rectify the situation.

Meanwhile Spano's former campaign treasurer, Jamie C. Jodoin, insisted that "I was given checks and the only information I received was they were drawn from his personal account." Jodoin was replaced as Spano's campaign treasurer by Robert Phillips III in his filing with the commission last week.