Alexandria Ocasio-Cortez vows to pay interns "at least" $15 an hour, unlike nearly all Democrats 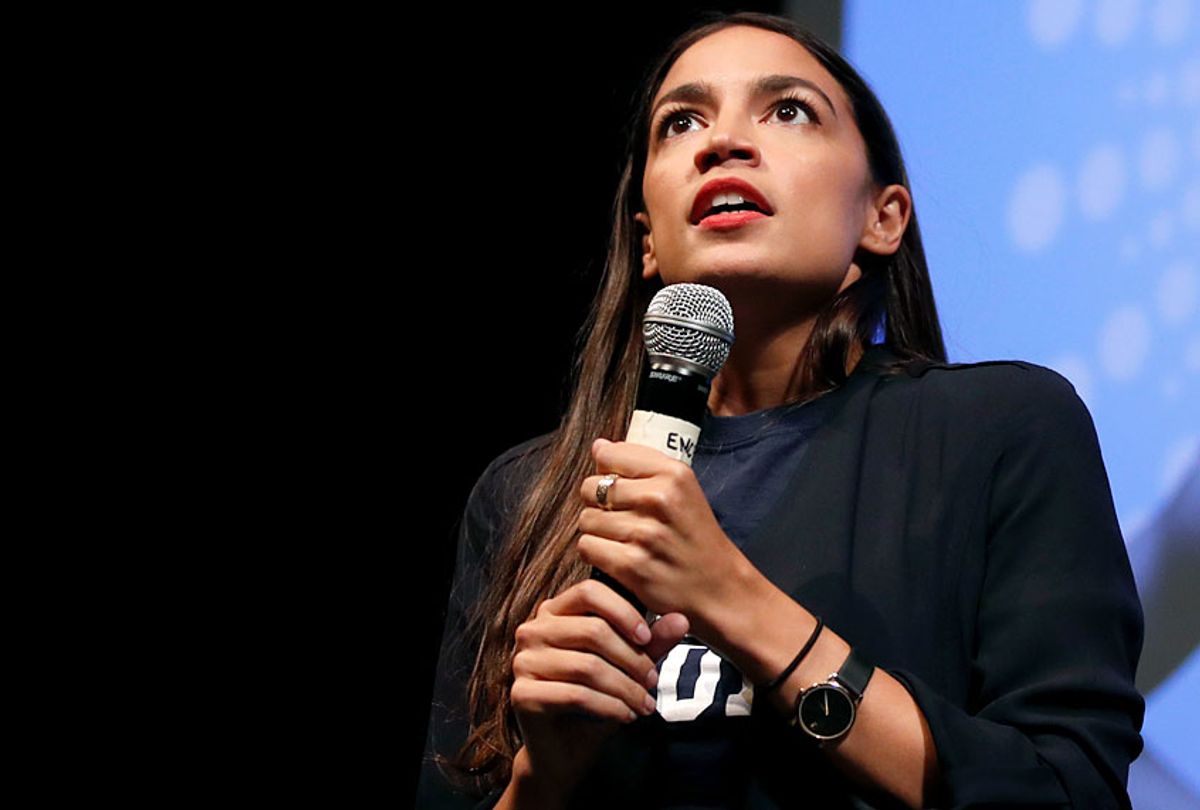 Rep.-elect Alexandria Ocasio-Cortez, the New York Democrat who has become a national progressive firebrand, has vowed to pay her congressional interns “at least” $15 per hour after calling her fellow lawmakers for relying on unpaid workers.

Ocasio-Cortez criticized lawmakers who were seeking unpaid interns to live and work in the notoriously expensive Washington area. These include Senate Minority Leader Chuck Schumer, D-N.Y., who claimed his job listing for unpaid interns was “made in error.”

“It is unjust for Congress to budget a living wage for ourselves, yet rely on unpaid interns & underpaid overworked staff just [because] Republicans want to make a statement about ‘fiscal responsibility,’” Ocasio-Cortez tweeted on Monday.

A day later, Ocasio-Cortez’s chief of staff, Saikat Chakrabarti, confirmed to the Washington Post that the incoming congresswoman would pay her interns “at least” $15 per hour.

“Time to walk the walk,” Ocasio-Cortez tweeted. “Very few members of Congress actually pay their interns. We will be one of them.”

The Washington Post’s Jeff Stein, who broke the news, cited a study that found that more than 96 percent of House Democrats don’t pay interns anything at all.

The study also found that the cost of an unpaid internship in D.C. costs around $6,000 for housing, food, travel and other expenses.

“A congressional internship offers an entrance to a career in public service, but many dedicated young adults do not have the means to spend a summer working for free in Washington or in our home districts,” Sen. Patrick Leahy, D-Vt., said at the time. “By paying interns for their work, we open the door to a wider and more diverse pool of applicants looking to serve their country.”

Ocasio-Cortez pointed out on Twitter that House members can have four interns at one time, meaning that under the new appropriation they only have $20,000 in total to pay four people. Anything more requires Members’ Representational Allowance supplementation.

Congress approved the intern pay after 13 interns signed a letter protesting unpaid internships, which they argued limited the applicant pool to people from privileged backgrounds who could afford it while keeping working-class applicants away.

“Most of our fellow interns, while undoubtedly bright, are white and wealthy and have no real understanding of the perspectives of everyday working Americans, nor do we have fellow interns with diverse backgrounds to discuss issues, ideas, or experiences with,” the letter said. “It is impossible for us to champion the working class when at the most basic levels, those who work in the party do not represent them on a socioeconomic or racial basis.”

Similar points have been made by Carlos Vera, the founder of Pay Our Interns.

"It's a very nasty system that keeps rich people in control," he told Rolling Stone. "I saw an extreme lack of diversity, both in interns and staff in Congress."

This dynamic doesn't just affect interns. Ocasio-Cortez wrote on Twitter that congressional staffers are underpaid and often must work additional jobs to be able to live in Washington.

“This week I went to dive spot in DC for some late night food. I chatted up the staff,” she wrote. ”SEVERAL bartenders, managers, & servers *currently worked in Senate + House offices.* This is a disgrace. Congress of ALL places should raise MRAs so we can pay staff an actual DC living wage.”