Rudy Giuliani reveals that he does not actually know how Twitter works: "FAIRNESS PLEASE"

This is a man, remember, whom President Donald Trump appointed to serve as a cybersecurity adviser 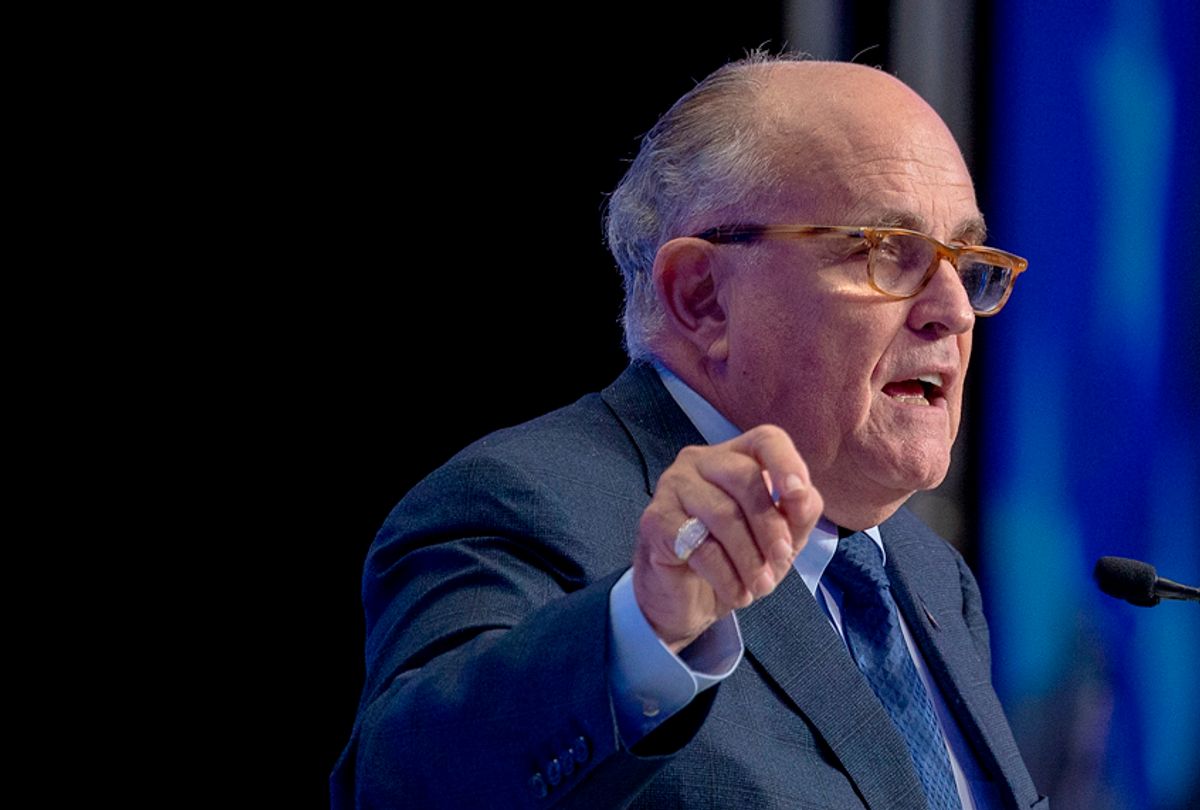 This kind of partisan attack is pretty standard fare for Giuliani. But what he wrote next, on Tuesday evening, was a little more bizarre:

Giuliani is referring to the fact that if you go to the website "G-20.in", you will see the text "Donald J. Trump is a traitor to our country." Because Giuliani accidentally missed a space in his tweet, Twitter mistook "G-20.in" for a domain name — and presumably at that point, some enterprising internet prankster bought that domain name and put in an anti-Trump message, just to annoy him.

Because Giuliani doesn't understand how computers work, he then got angry that the link he himself typed was in his tweet, assumed it was Twitter itself allowing someone to "invade him" with liberal content — and went ballistic.

This is a man, remember, whom Trump appointed to serve as a cybersecurity adviser. However, since taking that role, Giuliani has had pretty much no input on cybersecurity policy. And in all likelihood, that is for the best.