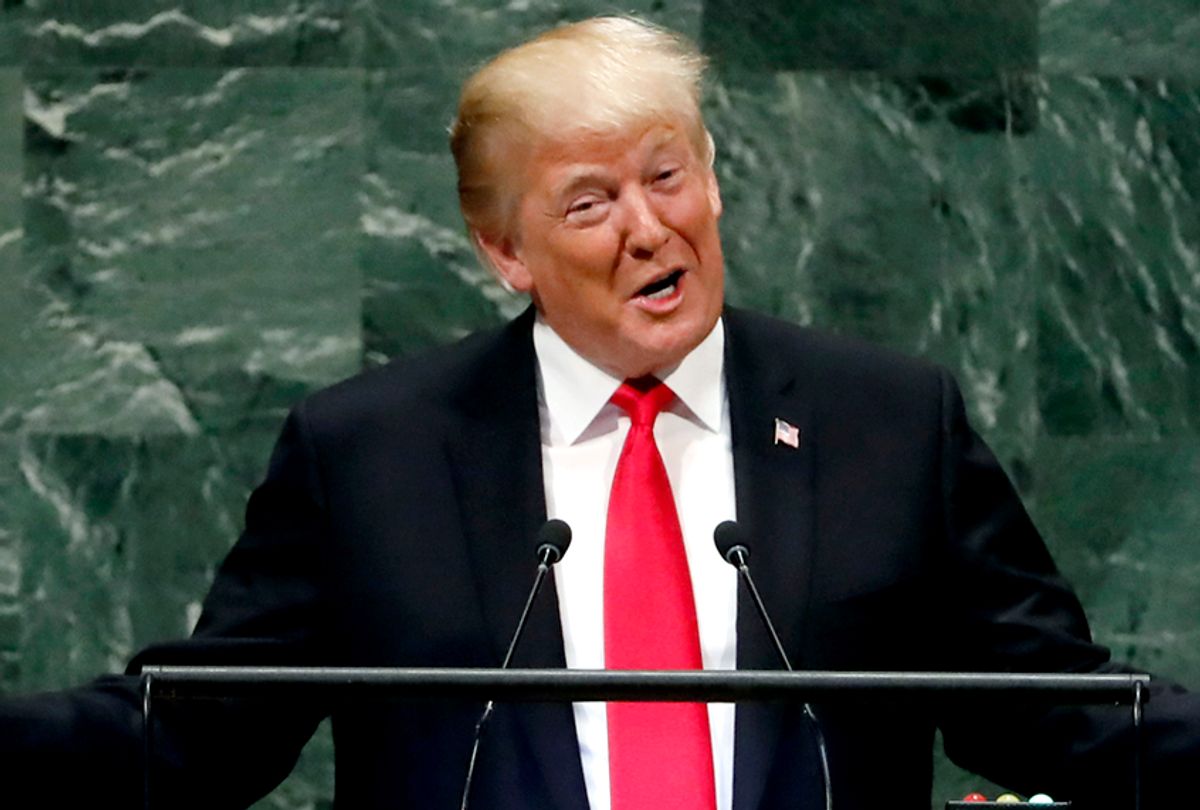 With the death of President George H.W. Bush, many conservatives and former Republicans are nostalgic for the old days of the party and bemoan the dark turn the GOP has taken under President Donald Trump. But as economist Paul Krugman argued Monday, the groundwork for Trumpism had been laid long before his rise.

Trump's habit of denying reality and spinning baseless conspiracy theories that fit his preferred vision of the world is a direct outgrowth of the GOP's denial of climate change science, according to Krugman.

"Donald Trump isn’t an aberration, he’s the culmination of where his party has been going for years," he wrote.

Bush the elder does, though, come off relatively well in Krugman's recounting of events.

"The G.O.P. wasn’t always an anti-environment, anti-science party. George H.W. Bush introduced the cap-and-trade program that largely controlled the problem of acid rain," he wrote. "As late as 2008, John McCain called for a similar program to limit emissions of the greenhouse gases that cause global warming."

But McCain’s party was already well along in the process of becoming what it is today — a party that is not only completely dominated by climate deniers, but is hostile to science in general, that demonizes and tries to destroy scientists who challenge its dogma.

Trump fits right in with this mind-set. In fact, when you review the history of Republican climate denial, it looks a lot like Trumpism. Climate denial, you might say, was the crucible in which the essential elements of Trumpism were formed.

Because so much of the media tries to play the part of a neutral arbiter in politics, the parties get painted as mirror images in many respects. This is true even while much of mainstream media acknowledges, at least at times, that it's the Democratic Party's views that accurately reflect the reality of climate change, and that Trump really does spread misinformation constantly.

But they'll still refer to the problems of "partisanship" as if its a problem of equal weight for both parties. It's just not true, though. Both parties and every faction of the American political debate have their problems. But it's the Republican Party and the conservative movement that have deeply buried their heads in the sand with regard to climate change in a way that no other major party across the globe has done. The left-wing has its biases, but the right-wing has a unique problem with the truth.

And then there's the problem of industry-funded corruption.

"The truth is that most prominent climate deniers are basically paid to take that position, receiving large amounts of money from fossil-fuel companies," Krugman wrote. "But after the release of the recent National Climate Assessment detailing the damage we can expect from global warming, a parade of Republicans went on TV to declare that scientists were only saying these things “for the money.” Projection much?"

A related point was made separately by ex-Republican Max Boot in a column for the Washington Post on Monday.

Industry lobbying, he observed, "influences ordinary conservatives who fall for the shoddy 'studies' and shallow op-eds designed to minimize the threat of climate change. I ran some of those articles myself years ago when I was the op-ed editor at the Wall Street Journal."

It's a deep point about the Republican Party, but the country has yet to grapple with the basic point: The GOP is fundamentally opposed to fundamental facts, and it's not going to get better on its own.