Arrogance and ignorance: Will the Trump family escape criminal charges because they seem too dumb?

Donald Trump and his family now face the law. But the American public may conclude they simply didn't know better 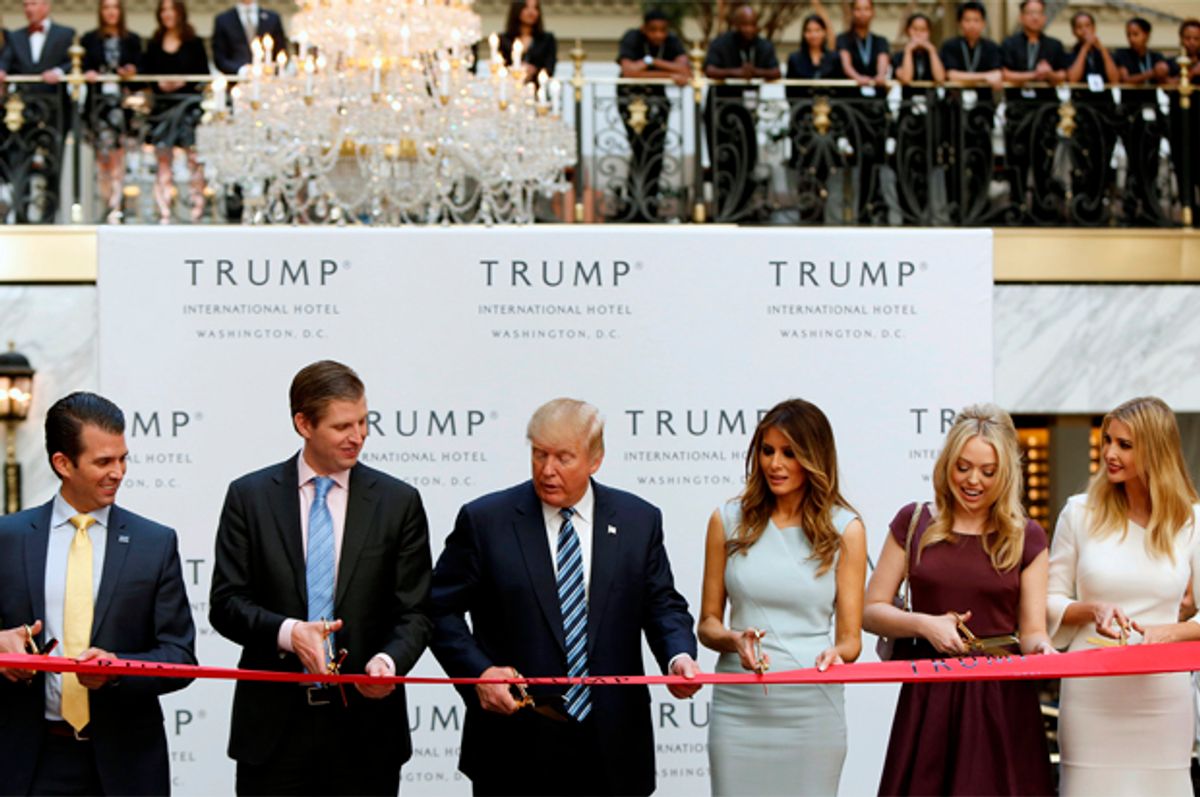 Recent revelations from special counsel Robert Mueller have been more intriguing than enlightening (at least so far) but they do indicate that there's a whole lot of investigating going on. The Michael Cohen plea and sentencing memorandum, as well as the heavily redacted filing on Michael Flynn's sentence, were full of tantalizing hints about various possible crimes in multiple jurisdictions. Perhaps the most interesting tidbits in those documents are those that indicate both Cohen and Flynn spent a massive number of hours being interviewed. As CNN's Ron Brownstein said, "You can imagine meeting 19 times if someone was resisting you and not providing information. But if someone is cooperating, it doesn’t take 19 meetings for them to explain nothing unusual happened.” It's clear that Cohen and Flynn have stories to tell. We only know pieces of what they are.

I can't help but wonder whether Donald Trump and his family will be able to get away with whatever it is they're suspected of simply because people will believe that they are just too dumb to have known better. I'm aware that's not a legal excuse, but the future of all this is political as much as it is legal. And the great paradox of the Trump phenomenon is that while his followers believe he is a genius of epic proportions, everyone else can see that he's monumentally stupid.

That could add up to is a reluctant acceptance that Trump can't be held responsible for any of the things he's suspected of doing. His voters will say that he was actually being "smart" (as he famously claimed was the reason he didn't pay taxes), further degrading whatever standards we had for honesty and intelligence in public life. Everyone else will be stuck trying to refute the defense that he was an "outsider businessman" who didn't know that his actions were unethical or illegal. Sure, we can all scream that that doesn't or shouldn't matter and that he must be held accountable regardless. But we'll also probably have to acknowledge on some level that he was too simpleminded to understand the ramifications of his actions. He probably was.

Trump's breathtaking arrogance in these matters might just allow him to barrel through. Take, for instance, his insistence that he has not obstructed justice but is simply "fighting back." Surely criminals all think that they are just fighting back when they try to cover up their crimes, threaten witnesses or offer bribes. In their minds it's self-defense. But Trump doesn't know that he sounds like a criminal when he makes this excuse, therefore making himself look even guiltier. He thinks it's a smart defense. Most of his followers take his word at face value and see him as heroically fighting the "deep state" on their behalf. The ones who know better see him as clever for twisting reality to frustrate his opponents, who become exasperated by his obtuse inability to understand reality.

Even Ivanka Trump, who everyone seemed to think was the smart one in the family, recently proved that she's a chip off the old block too. When it was reported that Ivanka used a private email account for government business, the excuse was that she didn't realize it wasn't OK to do that. People assumed she was lying because no sentient being could have missed the scandal surrounding Hillary Clinton's use of a private email for government business, least of all someone in Donald Trump's family. But it's really not unreasonable to believe that she didn't think it would be a problem for her. After all, she and the family were meeting with various foreign businessmen and political leaders on behalf of the Trump Organization and the president-elect during the transition and saw nothing wrong with talking business during those meetings. I don't think it occurred to them that there might be something unethical in doing that because they simply don't understand what ethics are.

One of the great fallacies of American society is that you have to be smart if you have a lot of money. In the Trumps' case we don't actually know how much money they have, and it may not be nearly as much as Trump usually claims, They certainly have a lavish lifestyle and pretend to be fabulously wealthy and privileged, which they claim is all by dint of their brilliant business acumen. We know this is anything but the truth. Trump was born into money and actually squandered much of his father's fortune. The kids haven't shown much aptitude either. But they do have a gift for self -promotion, which isn't based on brains but aggressive chutzpah, and that has allowed them to snow a lot of people, from bankers to TV executives to tens of millions of American voters.

Despite Trump's "blue-collar billionaire" reputation, the family isn't much different from many aristocratic dynasties. There's a patriarch who made the money, and the generations that come after him are often a faded representation of the original. You go forward a couple more generations and it gets really obvious.

I came across a gossip item the other day about Tiffany Trump, the apparent black sheep of the family. She was in the bridal party of another heir to a great fortune: P.C. Peterson, the grandson of Peter Peterson, the late billionaire founder of the Blackstone Group and funder of right-wing causes. (P.C. had a brief stint on a Bravo reality show called "NYC Prep" a few years back, during which he made quite a splash as perhaps the most arrogant rich kid on the planet.)

Peterson married Quentin Esme Brown, the daughter of a New York real estate baron, in a Las Vegas ceremony attended by all manner of New York's rich and shameless millennials. Brown announced the event on Instagram this way:

We have one life. Free yourself! P.S. We have never had sex. It’s pure friendship. Peter and I are not romantically involved -- in fact we are still dating others and will continue to seek love in all forms -- we are just each other's hearts and wish to begin our journey towards evolution, because the more we face reality, the more we can see that there is no right or wrong.

That almost sounds like a Trump talking, except that it's much too deep. They are incapable of getting even that philosophical.

I don't know whether the Trumps will be able to escape the consequences of their actions. They are in the maw of the justice system now and much of their act is meaningless when it comes to facing the law. But if their crimes turn out to be mostly egregious ethical lapses coupled with a stunning lack of judgment, I won't be surprised if they get a pass from many American voters. They are a bunch of spoiled, rich, shameless phonies who have been failing upward for two generations now. They still don't have a clue. And that may be what saves them in the end.