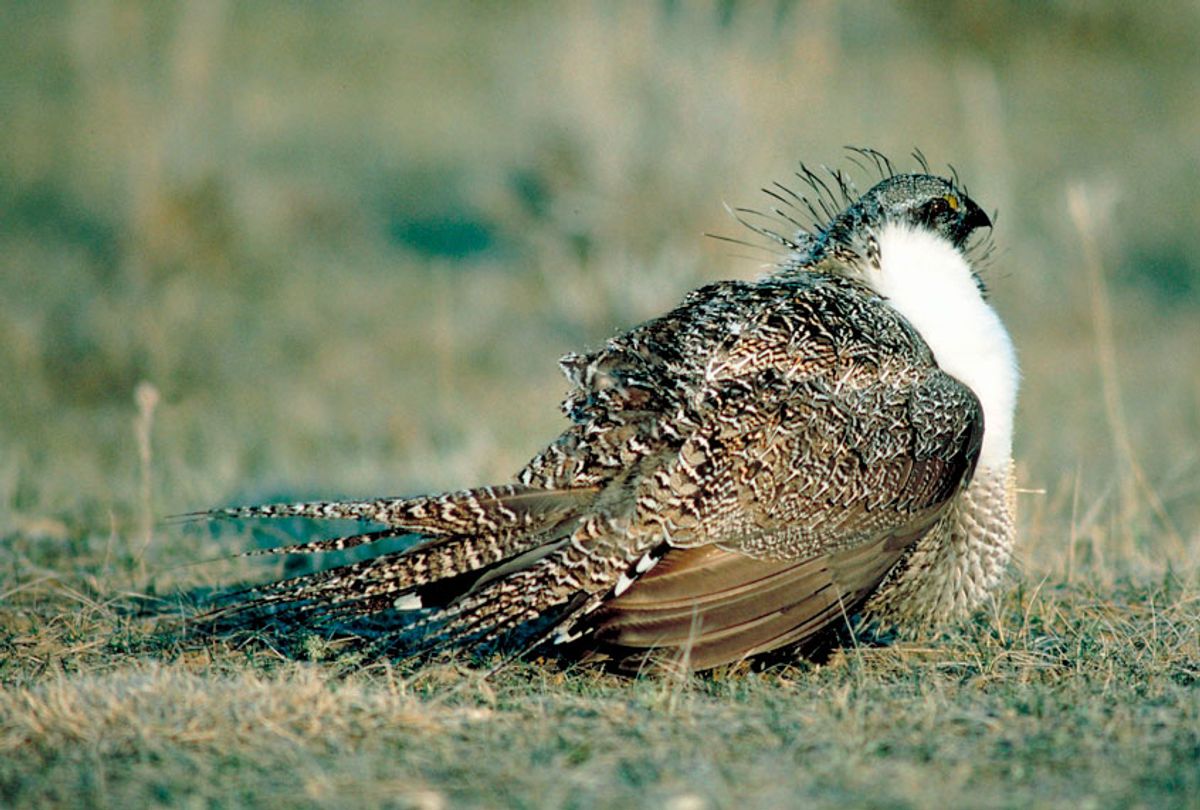 On Thursday, the Trump Administration published documents outlining a final plan to ease Obama-era protections on the greater sage-grouse bird’s habitat across ten western states in order to open up more land for oil and gas drilling.

The move is another win for oil and gas companies, and another setback for conservationists and bird-lovers.

The new plan, according to The New York Times, would reduce the bird’s habit from 11 million acres to 1.8 million acres. Nearly nine million acres of the greater sage-grouse's former habit could be used for drilling, mining and other development, according to several environmental policy experts. Federal officials under President Barack Obama adopted a set of land use restrictions with the intent of protecting the birds in 2015.

Many conservation groups have pointed out this is, so far, Interior Secretary Ryan Zinke’s biggest move to open up more land via one policy change. When the plans were first revealed in May, 40,000 Americans opposed them.

“It’s hard to pretend at this point that Zinke is a steward of America’s public lands: he acts more like a pillager,”  Bobby McEnaney, senior director for the Western Renewable Energy Project at the Natural Resources Defense Council, said in a statement. “This rolls back a conservation plan that was carefully crafted by states, ranchers, conservationists and public officials to protect this iconic western bird and the unique sagebrush landscape it inhabits. Zinke’s move to unravel it is his single largest land use decision to date. It has no basis in science — it’s a bald-faced giveaway to the oil and gas industry.”

The National Audubon Society identifies the greater sage-grouse as a priority bird for conservationists whose habitat has been threatened by energy extraction efforts before. These chicken-like birds, who are permanent residents of their habitat (they don’t migrate) are known for the male birds' dynamic mating displays. In spring, which is their mating season, large groups of the birds gather together and participate in “dancing,” with their chests puffed out to attract a mate.

Indeed, conservation groups see this as yet another Trump administration attack on wildlife and the environment.

“In announcing these changes, Secretary Zinke is breaking a compromise deal made just three years ago by Westerners of all stripes, who set aside their differences to conserve key sage-grouse habitat and provide certainty for communities and industry around the region,” said Jesse Prentice-Dunn, policy director at the Center for Western Priorities, in a statement. “Now, the Interior Department is punching oil rig-sized loopholes through the sage-grouse plans and preparing to gut the Endangered Species Act at the same time. It paints a grim future for the imperiled bird. Whether it’s caribou in Alaska, mule deer in Wyoming, or sage-grouse in Colorado, under Secretary Zinke, wildlife in the way of oil and gas development doesn’t stand a chance.”