Is there common ground on the immigration debate between conservatives and progressives?

Proof positive in the most unlikely of places 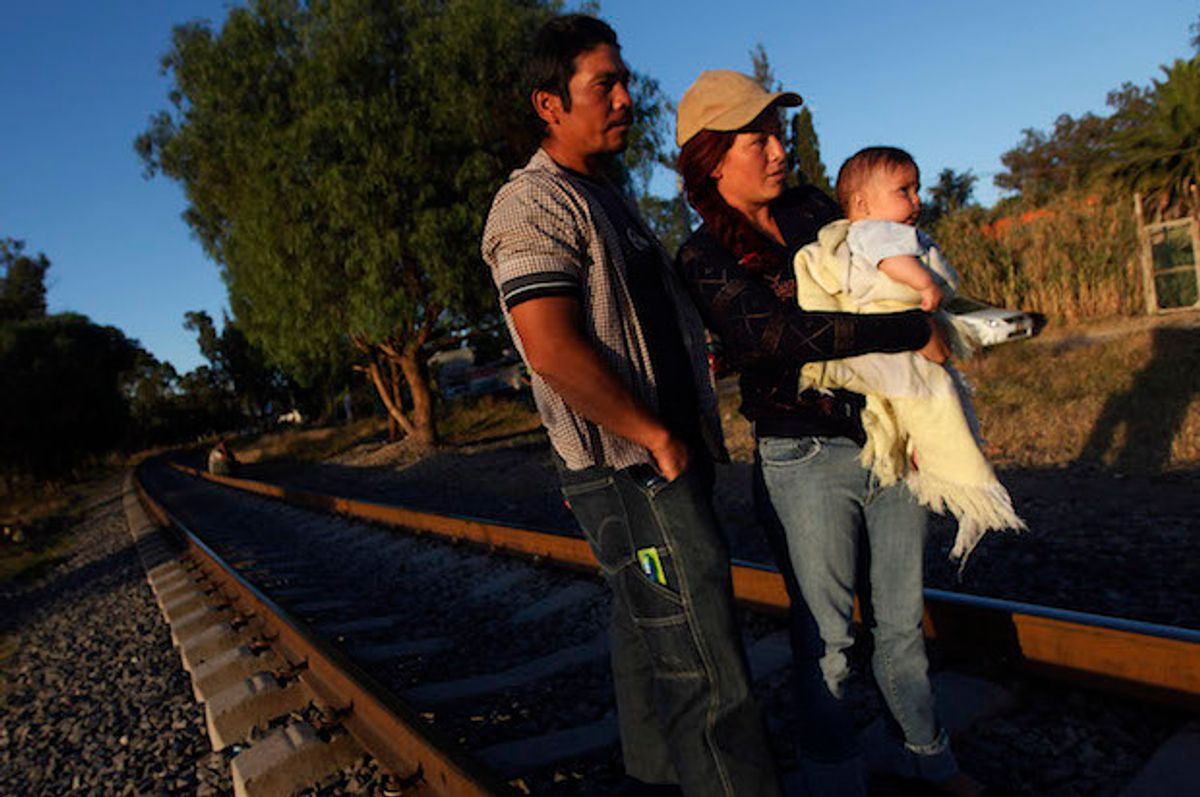 The divides in America aren’t just a media creation, or expressions at the ballot box. They exist at the values level — and they can be hard to swallow if the values aren’t yours. But understanding others’ values is a key to breaking through our divided politics.

We see this every time we discuss any political hot topic — for example, immigration. Whether it’s the aggressive deportation of non-U.S. citizens, the migrant caravan, or Trump’s attack on birthright citizenship, the battle lines tend to be the same, and unless our approach changes, the results will continue to be the same as well.

I saw this very clearly when I was recently involved in a number of discussions between progressive religious activists from New York and conservative law enforcement officers from the Midwest. They had the uncommon opportunity to get to know each other and build an honest rapport while gaining real insight into their legitimate political differences as well as the divisiveness that they all find profoundly disturbing.

Toward the end of our time together, we turned to the topic of immigration when the group had the chance to hear from Maria, a Guatemalan immigrant facing deportation. Maria fled Guatemala 10 years ago in fear for her life and presented herself at the U.S.-Mexico border seeking asylum.

She was granted admission to the United States and told she would receive notice of a mandatory hearing at which she could plead her case. A decade later, having received no notice nor attended a hearing, Maria happened to be pulled over as she was driving her son to the hospital. She didn’t have a valid driver’s license, which set off a cascade of events within the law enforcement system, culminating in the determination that she be deported immediately. Today, Maria is living in a sanctuary church, which is where our group met her.

“The thought of going back and not being here for my children is unbearably painful,” Maria told us. “I want to help them achieve their dreams and become productive members of society, here in the only country they’ve ever known to be their home.”

After we’d parted ways with Maria and our discussion continued, I could feel the group pulling apart. Maria’s story deeply stirred the liberal participants’ values of empathy, compassion and vulnerability. They were moved, heartbroken for her children and fearful for her future.

The more conservative crowd didn’t lead with the same concerns. For them, Maria’s story activated their law-and-order values. Some compared the government’s failure to deliver a hearing notice to a credit card customer failing to receive a bill: “If you don’t get your bill, that doesn’t mean you don’t have to pay.” Add to that driving illegally, and they found that their first concern — that respect for the laws of the United States be maintained — was being undermined.

As tensions mounted in the group, I could feel the two value sets tugging against each other: On the one hand, empathy, compassion and vulnerability; on the other, law and order. For a moment, each side believed it would be possible to convince the other that its own values took precedence in the discussion, or that the other side’s values and concerns weren’t worthy.

What participants ultimately saw, however, is that people don’t simply renounce values they’ve long held—and when those values are disrespected or made invisible, resistance skyrockets. The group was finally able to discuss the need within the immigration system for both compassion and respect for laws, with the understanding that both sets of values are valid, important and worth being taken seriously.

But then the group went further. One of the liberal participants noted, “It’s not just that the values are complementary; it’s that those of you in law enforcement and the military have to tuck away and repress your empathy and vulnerability so you can be hypervigilant. You focus on small details that might be signs of larger threats or dangers. You do that to keep us safe, allowing me to lead my life with that same empathy and vulnerability. So, for that sacrifice, I should thank you.”

As we left the church, one of the most conservative participants in our group asked me if I thought it would be all right to offer Maria some support. I said I didn’t think she would be offended, so he made a donation that Maria accepted. “I just thought one good dinner would be better than none,” he said.

As he walked away, I thought back to the group conversation, realizing that it had honored his law-and-order values. He felt, I suspected, that these were taken seriously by others whom he assumed usually fail to acknowledge and appreciate the valuable work he does. That validation and respect allowed him to open up and access his compassion, empathy and vulnerability, values that he — like all of us — has but may not often reveal.

Of course, our group didn’t resolve the immigration reform crisis that day — we were able to leave the church, but Maria and her children could not — but I believe that what we did see in that room was the kind of breakthrough that will play a crucial role in the eventual resolution of the plight of countless families like Maria’s across the United States.

We might want to believe that the values we hold are the only legitimate options; that others’ values are negative and can be “defeated.” But this is a fantasy. What the group participants learned — and what I learned — is a lesson that Americans will need to apply to our most urgent issues: If we’re going to heal from this exceptionally divided time in our nation’s history, we will have to devote ourselves not to dismissing others, but rather to taking seriously the values that other Americans hold dear, and working together to build a new path forward.