John Dean, the Watergate hero, thinks the evidence against Trump will be too compelling to prevent impeachment 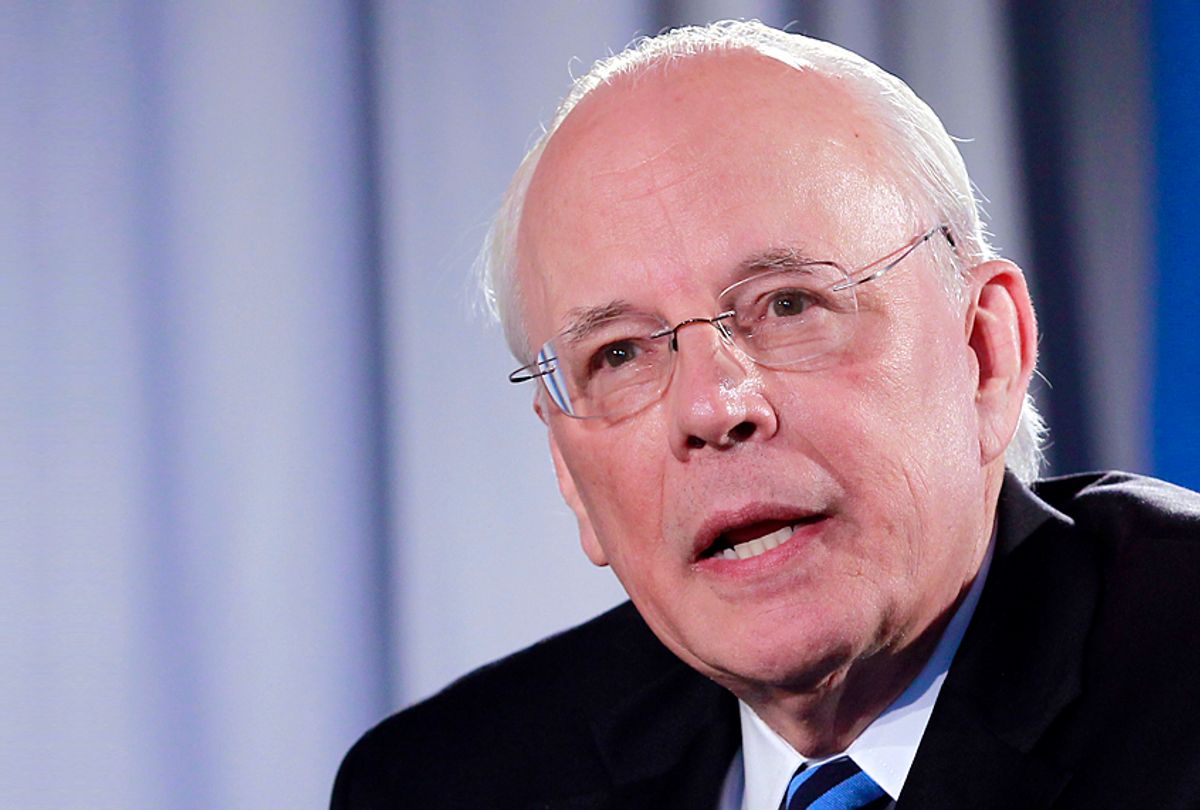 John Dean, the White House counsel who worked for President Richard Nixon before becoming a key witness for the Watergate prosecutors, is predicting that President Donald Trump will be impeached.

"I think what this totality of today's filings show that the House is going to have little choice, the way this is going, other than to start impeachment proceedings," Dean explained during an episode of "Erin Burnett OutFront" on Friday, according to CNN. Dean was referring to the sentencing memorandum written by the US attorney's office in Manhattan, which claimed that lawyer and former Trump fixer Michael Cohen was acting at the future president's direction when he made hush payments to women who claimed to have engaged in extramarital affairs with the then-reality TV star. When Cohen pleaded guilty in August to a number of crimes including campaign finance violations, he told the court that he had been ordered to make the hush payments by Trump.

"In his allocution, he implicated Trump directly. And he was doing it, his instructions, that's why the payments were made and they were for his benefit," Dean explained on CNN. Prosecutors wrote in the sentencing memorandum that "in particular, and as Cohen himself has now admitted, with respect to both payments, he acted in coordination with and at the direction of Individual-1."

Dean's views were similar to those expressed by David Priess, a former intelligence officer, manager and daily intelligence briefer at the Central Intelligence Agency who spoke to Salon about his book on how presidents have been removed from office and whether Trump could be impeached. During the conversation, Priess acknowledged that it is difficult to imagine 20 Republican senators voting to convict and thereby remove the president from office, but that it wasn't outside the realm of possibility.

"I find it very hard to imagine," Priess explained. "I've also learned through many years as an intelligence analyst and also as an observer of affairs here, that it's amazing how things can turn. I have low confidence in my predictions on this based on today's affairs, because I just don't know what's going come out. I also know that there were people who were very, very supportive of Richard Nixon, almost violently supportive, of Richard Nixon in the summer of 1974, who as soon as the tide turned, basically just put their heads down for a minute and let the wave rush over. They didn't come out super strongly against Nixon. Some of them just basically stayed quiet for a little while and they were perfectly fine going forward. They actually survived. Once the wave went over, it was almost like a reset in many ways in American politics. I wouldn't be surprised if the same thing happens here, that Republican voters quickly move on and if people say yes, something has come out that shows this guy needs to go, but we're going to have a stronger party after it, that wave may actually clear some of that out. So hard to predict at this point."