The Academy Award winner's latest film — in theaters now and on Netflix Dec. 14 — more than earns its Oscar buzz 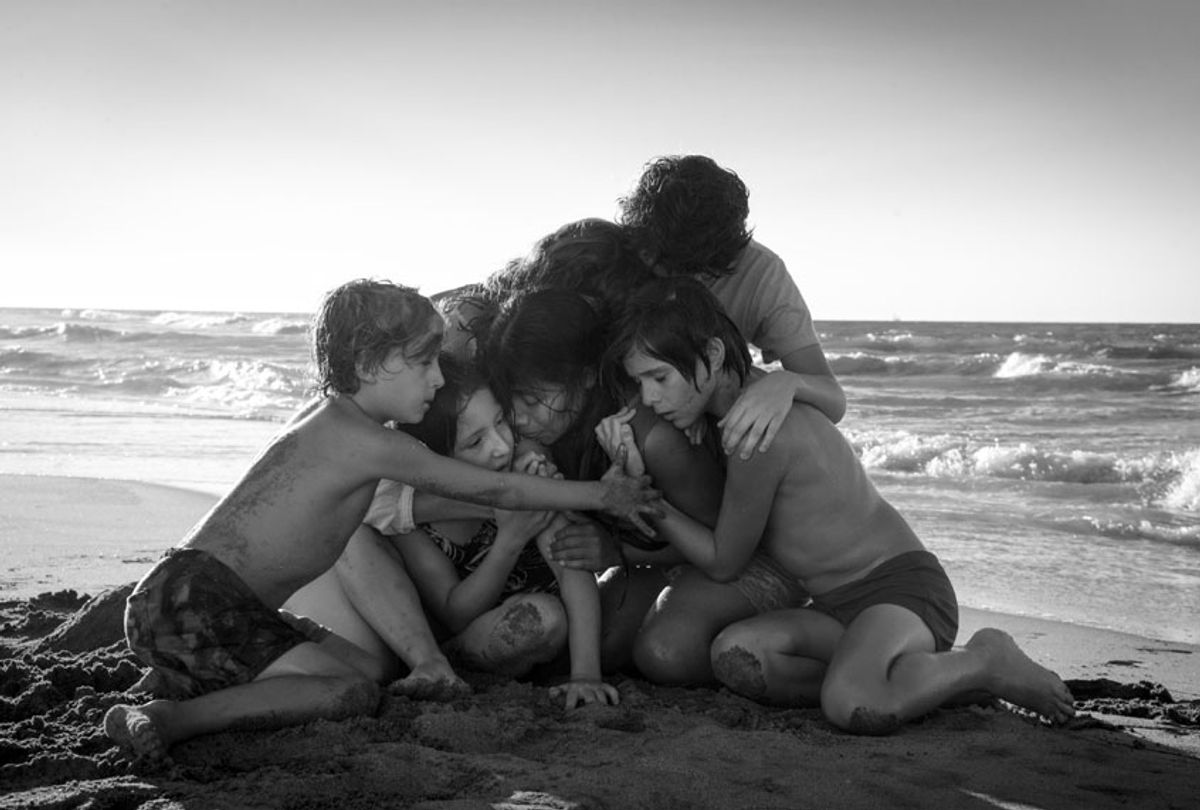 Every shot in “Roma,” Alfonso Cuarón’s staggeringly great film, is masterful. This goes beyond the terrific opening credit sequence, in which an overhead view of floor tiles soon reveals the reflection of the sky and a plane passing through it. Cuarón frames every scene beautifully, deliberately, often having action going on in the background that comments on the central drama unfolding. In one fixed shot, a couple embraces passionately in a movie theater as a crowd of patrons watches a silly film. In another, a joyous wedding scene unfolds behind a family mirthlessly eating ice cream. Each shot asks viewers to pay attention, and each dramatic moment — large or small — rewards that attention.

The story opens with a series of sequences that establish the family dynamics. There is dog shit all around the garage, a possible metaphor for the trouble that’s to come. The four children, Toño (Diego Cortina Autrey), Paco (Carlos Peralta), Pepe (Marco Graf), and Sofi (Daniela Demesa) are often seen playing, but they are just as often seen fighting and teasing each other as kids do. They are spoiled and indulged by the family maid Cleo (Yalitza Aparicio), who coddles them, waking them up for school with a tenderness their mother, Sofia (Marina de Tavira) doesn’t always provide.

When their father, Antonio (Fernando Grediaga) returns home, it is practically an event. Cigarette in hand, he carefully parks the family car, a huge Ford Galaxy, in the family’s narrow garage. Checking the mirror, making sure not to dent the front or the walls of the vestibule, Antonio slowly pulls in, with Cuarón documenting every precise movement. It’s a remarkable scene that shows the care the filmmaker puts into his work.

But Antonio is not staying long. He is soon off to a conference in Quebec. As he says goodbye to Sofia, who clearly doesn’t want him to go, a parade passes along their street, magnifying the sentiment. Such is the magic of Cuarón’s film.

Yet “Roma” is clearly Cleo’s story; it is her experiences that the film artfully chronicles. One afternoon, she heads out to meet Fermín (Jorge Antonio Guerrero), her boyfriend. He will hungrily drink a Coke she leaves unfinished in a taco joint to establish his poverty. He will selfishly convince her to skip a film and spend the day with him outside. And he will seduce her in a bedroom where he displays his martial arts skills — while naked and using a shower curtain rod, no less — explaining how martial arts saved his life. Cleo looks at her boyfriend in this scene with a smile as crooked as the picture on the wall behind her head. Viewers will know what she’s thinking. Aparicio’s performance is a thing of beauty; she conveys so much through the simplest of expressions.

Throughout "Roma," Cuarón's visuals engender tremendous emotion. Viewers will mostly be spellbound watching the family action — a child plays football in his room, his parents have a discussion that requires them to close the door, and Cleo descends the stairs to turn off all the lights in the house before retiring to her shared quarters where she exercises in candlelight. He also pans his camera through the house and down the streets of the section of Mexico City “Roma” is named after — and when characters rush down a busy street, the atmosphere is electric.

“Roma” is shot in luminous black and white, which actually makes the high contrast of the images more effective. The film is set in 1970-1, and the crisp black and white photography lends an air of nostalgia to the story. Cuarón has dedicated his semi-autobiographical “Roma” to Libo, his own nanny, who was the model for Cleo. The characters speak in Spanish and Mixtec (the subtitles are designed to differentiate the languages). The imagery is so strong, the emotions come through without dialogue.

It is almost a spoiler to reveal that Cleo becomes pregnant, but much of “Roma” deals with Cleo’s situation. There is a wondrous sequence in which Cleo visits Fermín during his martial arts training that is administered by Prof. Zovek (Latin Lover). There is another stunning episode involving Cleo going out to purchase a crib only to arrive at the store during a student demonstration. The scene that unfolds here is breathtaking in several respects; it leads to one of the film’s two virtuoso sequences that “Roma” will be most remembered for. But it’s best not to say anything further. What can be disclosed is that the second incredible sequence takes place at the beach, where the sound of the waves conveys immense intensity.

“Roma” may have its big dramatic moments. But the little aside scenes, such as Pepe and Cleo lying head to head on a roof, are moving too. There are also moments of humor. A running gag about dog shit is amusing. (Most viewers will wonder how much the dog is eating.) And there are some fun sight gags when the family stays with friends in the countryside. In addition, there are omens as well as one astounding episode where a man, wearing a holiday costume, sings while a fire rages in the background.

Cuarón may not aiming for any big, profound statements here. But maybe he is. His film is quotidian and extraordinary at the same time. It is about change and how we adapt and grow. It is about love and sometimes the lack of it. It is a rapturous magnum opus, that is heartbreaking, devastating, and life affirming all at once. Don’t miss it.

One final note: “Roma” is being distributed by Netflix. Many viewers will be tempted to watch it at home — starting Dec. 14 — and the story is powerful on the big or small screen. (Netflix just announced an expanded theatrical run.) But “Roma” truly benefits from a theatrical experience where there are fewer distractions and larger images.