Flashback: Trump once mocked President Obama for having "3 Chief of Staffs in less than 3 years"

Nick Ayers, Trump's first choice to replace John Kelly as chief of staff, turns him down 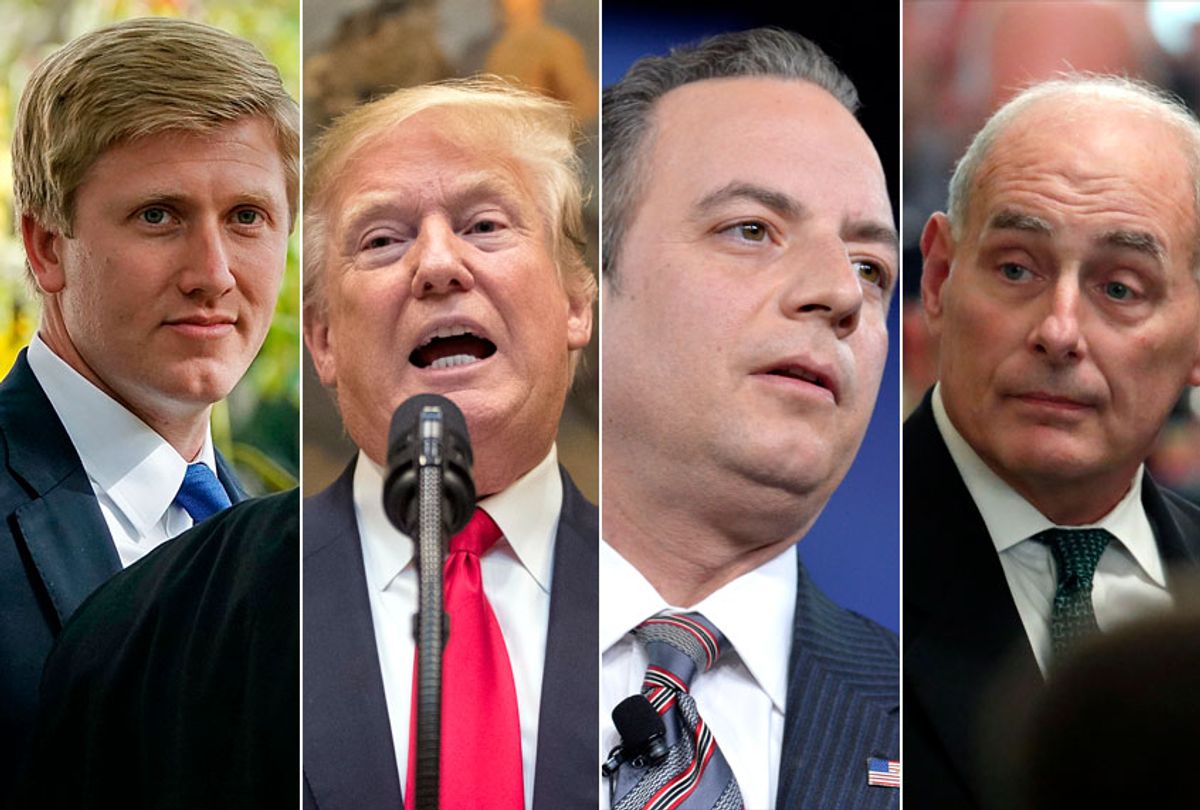 A previous version of this story incorrectly stated that Nick Ayers, the chief of staff for Vice President Mike Pence, has two children. He has triplets.

Nick Ayers, the chief of staff for Vice President Mike Pence who was President Donald Trump's favorite to replace outgoing presidential chief of staff John Kelly, has officially turned down the job.

"Thank you @realDonaldTrump, @VP, and my great colleagues for the honor to serve our Nation at The White House. I will be departing at the end of the year but will work with the #MAGA team to advance the cause. 🇺🇸 #Georgia," Ayers tweeted on late Sunday afternoon.

Trump himself alluded to the possibility that Ayers may not accept the job later on Sunday evening, tweeting that "I am in the process of interviewing some really great people for the position of White House Chief of Staff. Fake News has been saying with certainty it was Nick Ayers, a spectacular person who will always be with our #MAGA agenda. I will be making a decision soon!"

It is noteworthy that almost seven years ago, the president criticized President Barack Obama for running through three chiefs of staff in less than three years — Rahm Emanuel, Pete Rouse (who served ad interim), Bill Daley and finally Jack Lew, who left at the end of Obama's first term.

"3 Chief of Staffs in less than 3 years of being President: Part of the reason why @BarackObama can't manage to pass his agenda," Trump tweeted at the time. Yet once Kelly departs and is replaced, Trump will have a similar record for his own chiefs of staff.

The president pushed Ayers to make a two-year commitment that would carry him through to the 2020 election, according to CNN. When Ayers declined, it was reported that it was because he wants to move back to his home state of Georgia and spend more time with his three young children. At the same time, his decision to not take the job came as a surprise because he had been reportedly lobbying hard to get the position. There are also reports that there was significant opposition within the White House to Ayers' appointment. Robert Maguire of OpenSecrets News also tweeted that Ayers' controversial personal finances could have played a role in his decision to pass on the job, even including a graphic he made years ago that gave a sense of Ayers' complicated and potentially compromising financial background.

Nevertheless, Ayers seems to be leaving the White House on good terms, with Pence tweeting on Sunday that "@nick_ayers has done an outstanding job as my Chief of Staff and I will always be grateful for his friendship, dedication to the @VP team and his efforts to advance the @POTUS agenda. Thank you Nick! Karen and I wish you, Jamie and the kids every blessing in the years ahead."

The outgoing chief of staff, John Kelly, has long been on tense terms with the president that he serves, and by last week Axios broke the story that he was going to depart from the White House. Although Kelly was hired by Trump to be a stabilizing force in a White House that had seemed mired in tempestuousness under the watch of his predecessor, Reince Priebus, his regular frustrations with the job and his boss caused him to regularly find himself on thin ice. By December, Trump and Kelly were no longer on speaking terms and the situation became untenable, according to CNN.

As of last week, possible alternatives for Nick Ayers in the chief of staff position include Secretary of the Treasury Steven Mnuchin, Director of the Office of Management and Budget Mick Mulvaney and United States Trade Representative Robert Lighthizer, according to The New York Times. HuffPost also mentioned Rep. Mark Meadows of North Carolina, who chairs the conservative House Freedom Caucus, as a possible replacement for Kelly.