Former mayor shoots down McCain’s claim that no gun legislation has been successful, despite several mass shootings 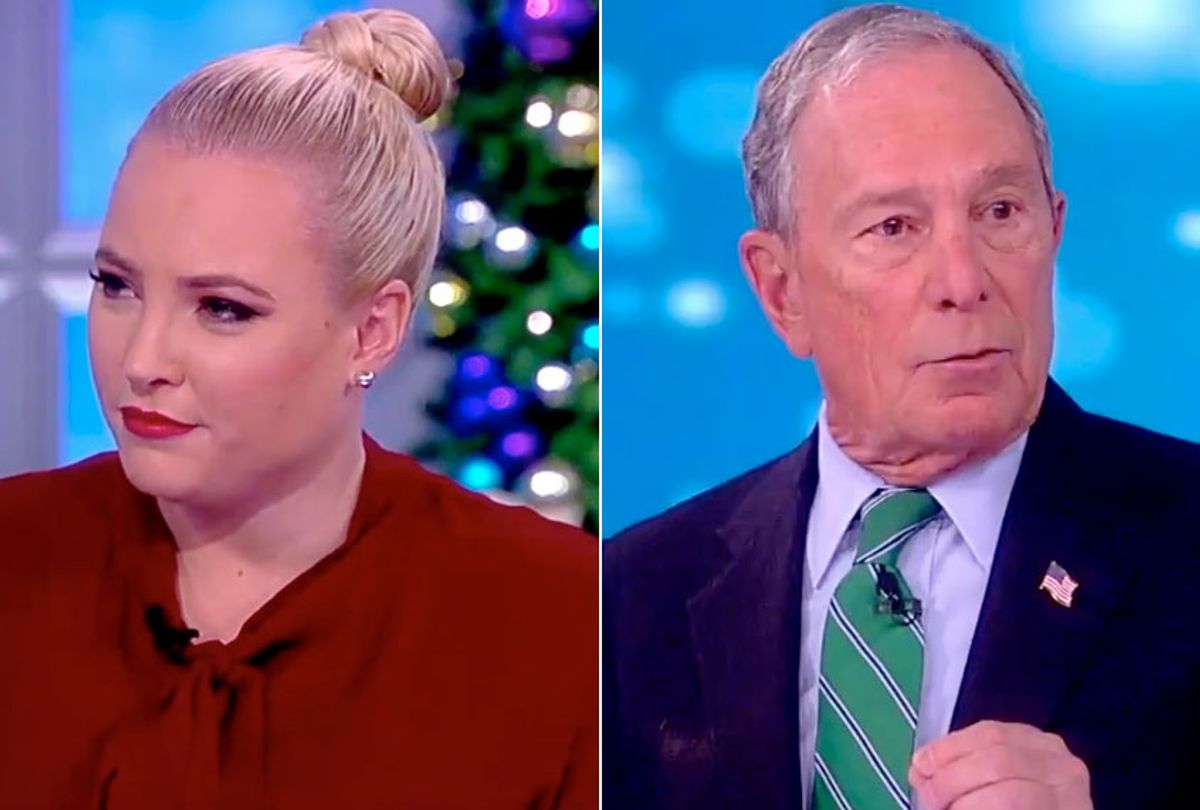 Meghan McCain and Michael Bloomberg on "The View" (ABC)
--

“You’re a leading voice in the anti-gun movement which puts you immediately at odds with a lot of Republicans,” McCain said, before denigrating Bloomberg’s efforts to prevent mass shootings. “You spent a lot of money but Congress hasn’t taken up any major gun control pressures at the national level since Sandy Hook, so do you feel like your efforts have been effective?”

“What I have asked for, and most of my friends have asked, for are background checks,” Bloomberg said, correcting her. “We shouldn’t be selling guns to minors, to people with psychiatric problems, or people with criminal records.” He added that even NRA members planned to vote for him.

The former mayor also shot down McCain’s claim that no gun legislation had been successful, despite several mass shootings.

“There has been a lot at the state level,” Bloomberg said, identifying 19 states that have background check requirements. “There are another 31 states we can get at the local level.” He went on to slam Congress for inaction.