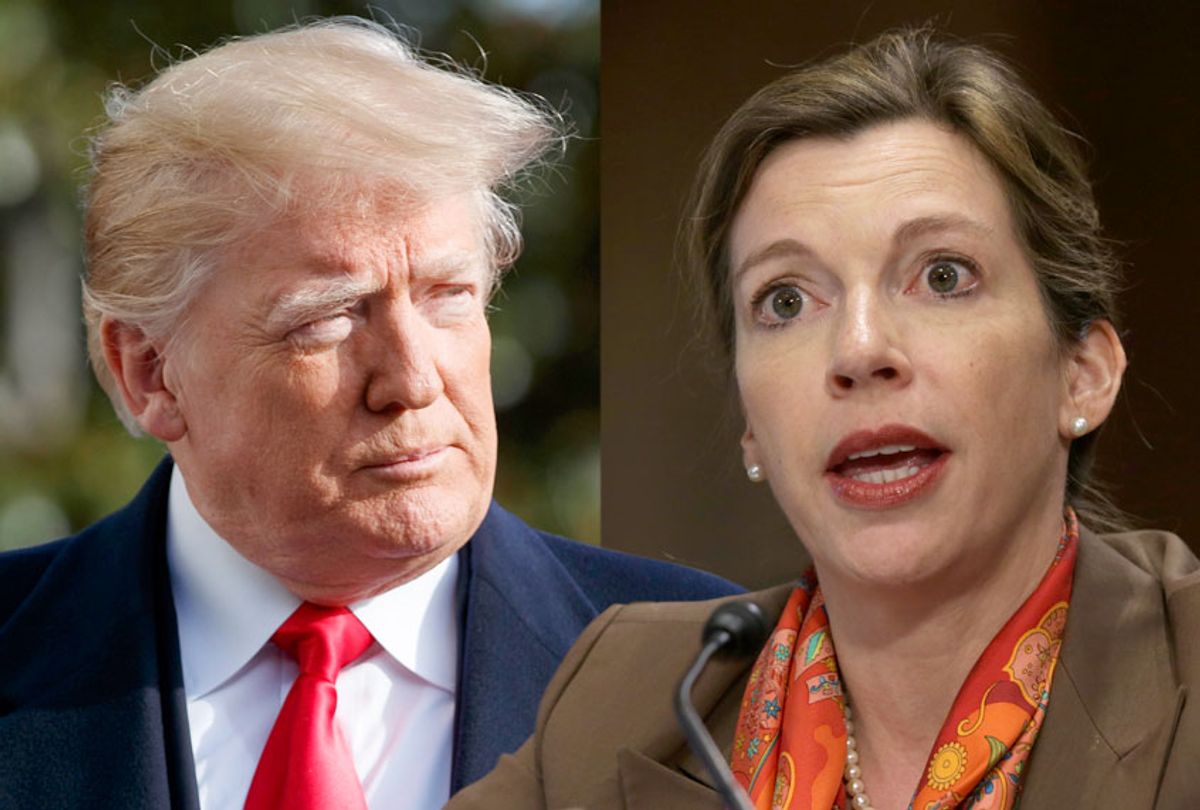 As more information comes out about the extensive interactions between President Donald Trump's inner circle and various powerful Russians during the 2016 election and presidential transition, America's already-frosty bilateral relationship with Russia is continuing to deteriorate.

"First of all, it will increase the chill that's already on the relationship," Evelyn Farkas, resident senior fellow with GMF and a former Deputy Assistant Secretary of Defense under President Barack Obama, told Salon. "Once all of this comes out in the open and Robert Mueller connects the dots for all of us, it will be clear that there have been multiple Russians, Russian agents and Russians working for the Russian government targeting multiple Americans. And that this has likely not stopped."

Farkas added, "As you can recall, just recently we had the head of intelligence telling us that the lights are blinking red with regard to our midterm elections and Russian infiltration of our infrastructure (energy, water, etc.). We will now be getting another reminder, but it will be laid out and the number of people, the number of contacts, the way that they approached us, the way that their money got into and influenced our elections, the way that the social media influenced regular Americans, the way that they reached out to elites and politicians, manipulated American politics and the weaknesses of our system and ultimately tried to make our democracy weaker, will be apparent. And so anyone who has anything to do with Russia or Russians will have to think twice."

A new report by The Washington Post won't help matters. On Sunday the newspaper discussed how "in all, Russians interacted with at least 14 Trump associates during the campaign and presidential transition, public records and interviews show." The potentially compromised members of Trump's inner circle included Donald Trump Jr. and Ivanka Trump, Michael Cohen, Paul Manafort and Roger Stone. On the Russian side it included "the Russian ambassador. A deputy prime minister. A pop star, a weightlifter, a lawyer, a Soviet army veteran with alleged intelligence ties."

Farkas also noted that, while Russia's interference in the 2016 election has been bad for the United States, it may not necessarily be good for Vladimir Putin and his regime.

"There have always been signs that the Kremlin and the council that surrounds Vladimir Putin is not monolithic. They don't all think exactly the same thing. And that likely there were debates within the Kremlin and within the tightest advisory circles about how far the Kremlin should go, how far the Russian government should go in targeting the US. This would likely exacerbate any of that tension," Farkas observed.

She added, "The other issue is that there were multiple intelligence services operating against America and Americans. They don't appear to have coordinated all of their efforts, although you would imagine that within the Kremlin, the Kremlin itself was aware of the overlap and conflict, potentially, one would imagine — or, I suppose, if you thought that they were organized, you would think that they did. On the other hand, the fact that they were competing and unaware of one another lead these intelligence agencies to make multiple mistakes. In the cyber world, of course as we know, with their targeting of the DNC where they were detected. And also in the real world, looking at the example of the poisoning of the Skripals and then the subsequent accidental death of another British citizen, the reality is that there was a lot of bungling as well and so the competition has been exacerbated by the revelation which made the intelligence agencies look foolish, and then revealed to the world what they did and revealed the shortcomings of their operations and caused obvious issues within the Russian body politic."

"Vladimir Putin is not as popular as he was, certainly, in 2014/2015, and he has been trying to shore up his popularity lately (probably) in part by conducting operations against other countries. But it's also part of their ongoing foreign policy to extend their sphere of influence, to assert their sphere of influence if you will over Ukraine, and then also to weaken democracies that would block them in that effort," Farkas pointed out.