Andy Serkis brings Gollum back to ridicule Brexit and Theresa May 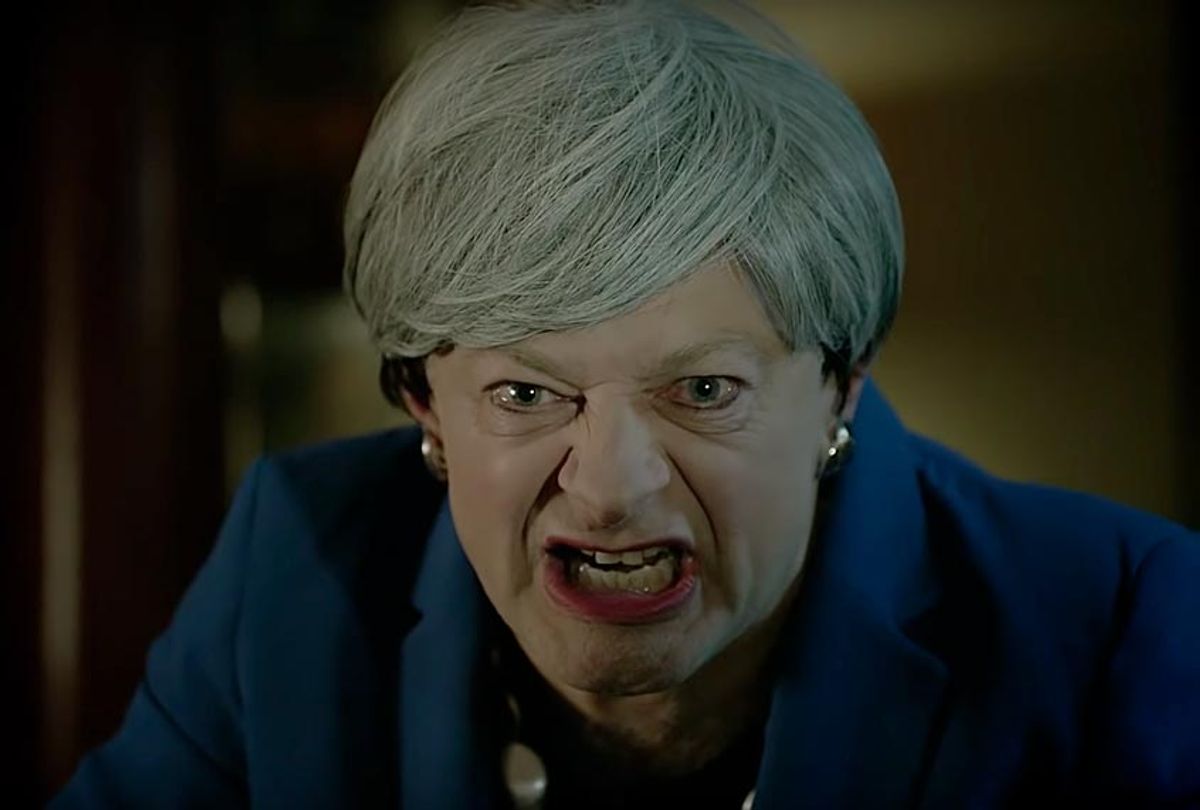 Andy Serkis as Theresa May (YouTube/WE WANTS IT)
--

What’s scarier than Andy Serkis as Gollum? Andy Serkis as Gollum in drag as Theresa May. The motion capture legend brought his iconic “The Lord of the Rings” character back for an anti-Brexit advertisement that criticizes the Prime Minister of the United Kingdom and her diabolical obsession with Brexit. May has been head of the UK’s Conservative Party since 2016.

The advertisement features Serkis in drag as May and finds him riffing on Gollum’s famous scene in Peter Jackson’s “The Lord of the Rings: The Two Towers,” in which the two halves of his personality have a back-and-forth conversation. “We takes back control,” Serkis hisses as the Gollum version of May. “Money, borders, laws…blue passports! We wants it.” Meanwhile, the Smeagol side of May argues that perhaps it’s best to consult the people before taking on the financial burdens of Brexit.

The video arrives at a busy time for Serkis. The actor recently debuted his latest directorial effort, “Mowgli: Legend of the Jungle,” in select theaters and on Netflix. The film, Serkis’ second directing project after the Andrew Garfield-starring biographical drama “Breathe,” is a prequel of sorts to “The Jungle Book” and finds Serkis working with the motion capture technology he helped pioneer. The film stars Serkis in motion capture as Baloo, plus Christian Bale, Cate Blanchett, Benedict Cumberbatch, Naomi Harris, Matthew Rhys, and Freida Pinto.

Serkis’ Gollum revival comes at a time when Amazon is gearing up to produce a hugely expensive “The Lord of the Rings” television series. When previously asked about joining the series, Serkis said, “I don’t think I actually would at this point in time. I feel like I’ve been part of Middle-Earth for a long period of time in my life and it was a great experience, but I can’t foresee that.”

Watch Serkis’ anti-Brexit advertisement in the video below.