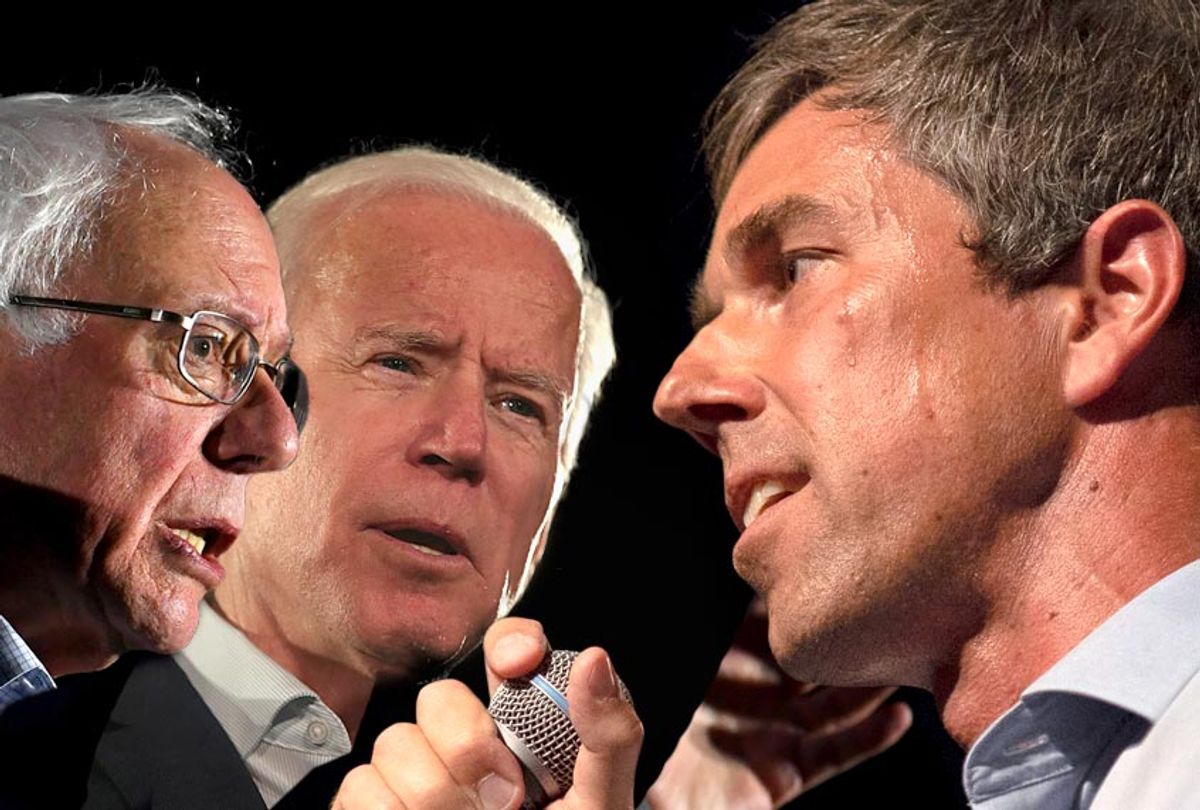 Rep. Beto O'Rourke, the Texas Democrat who came within a hairsbreadth of beating Sen. Ted Cruz in the midterm elections last month, came out on top in a recent poll of progressive activists.

An early straw poll held by the progressive group MoveOn.org found that O'Rourke was ahead of all of his potential challengers with 15.6 percent of respondents supporting his 2020 presidential candidacy, according to NBC News. He was followed by former Vice President Joe Biden with 14.9 percent, Sen. Bernie Sanders of Vermont with 13.1 percent, Sen. Kamala Harris of California with 10.0 percent and Sen. Elizabeth Warren of Massachusetts with 6.4 percent.

"While the race for the 2020 Democratic nomination for president remains wide open and MoveOn's endorsement is up for grabs, MoveOn members and progressives across the country are clear: They're looking for candidates who will rally voters around a progressive vision of building a country where every American can thrive — whether we're white, black, or brown, rich or poor," Ilya Sherman, executive director of MoveOn Political Action, said in a statement.

The news is especially bad news for Sanders, who in January 2016 won MoveOn's endorsement by an overwhelming 78 percent of the vote. Because Sanders remains a hero among progressives and, as the runner up in the 2016 primaries, would traditionally be considered the front runner in 2020, his inability to even top O'Rourke is an ominous sign when it comes to his hold on the progressive base.

"Amy and I have talked a little bit about next steps, and the conversation has started with family, and really has not gotten past that — what’s going to be best for our family. Our kids are 12, 10 and 8 now, and whatever we do, we want to be together. So being in El Paso makes just a ton of sense to us, just from that basis," O'Rourke told an audience last month when discussing his possible presidential plans.

He later added that he is "really interested in the direction that this country takes, want to be as effective as I can making sure that it goes in a positive direction and contributing in whatever way that I can. What form that takes — whether it involves running for office again, whether there’s something that I can do as just a citizen — I don’t know, we haven’t really been able to get our heads around that."

O'Rourke has become a favorite among Democratic Party donors since the 2018 Senate race, despite his loss, with investment banker Robert Wolf telling Politico last month that O'Rourke is held in very high regard among the individuals who help finance successful candidates.

"He’s game changing. If he decides to run, he will be in the top five. You can’t deny the electricity and excitement around the guy," Wolf told Politico.

He added, "I get the hype. I think there’s an incredible amount of excitement around Beto. A lot of people have comparisons around him and a Robert Kennedy or a Barack Obama. And the [Democratic] Party likes young, ambitious and aspirational."