Frederica Wilson slams John Kelly ahead of exit: “I truly thought he would be fired long before now" 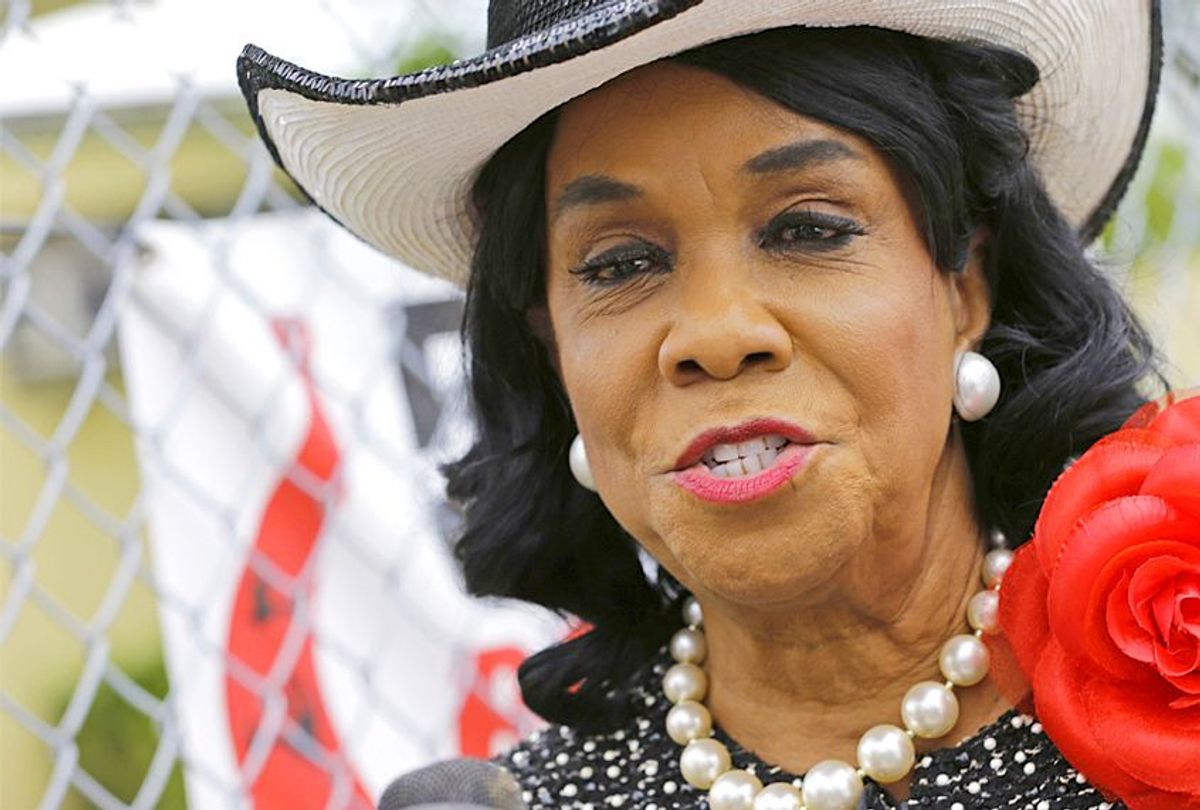 Rep. Frederica Wilson, D-Fl., blasted chief of staff John Kelly on his way out of the White House and noted he should beg America for forgiveness for the disastrous treatment of Sgt. La David Johnson’s family after he was killed in Niger.

President Donald Trump prematurely announced Kelly would be leaving on Twitter at the end of the week when the announcement was formally scheduled for Monday. On his way out the door, however, Wilson noted she never got an apology from the general after he falsely attacked her.

At a 2015 dedication of an FBI building in Florida, Rep. Frederica Wilson “stood up there … and talked about how she was instrumental in getting the funding for that building, and how she took care of her constituents because she got the money, and she just called up President Obama, and on that phone call he gave the money — the $20 million — to build the building. And she sat down.”

Kelly’s statement was blatantly false, as videos revealed. In 2017, Kelly pledged that he would never apologize.

Wilson told the Miami Herald that Kelly and the president’s attacks resulted in nooses being sent to her office over the past year.

“I truly thought he would be fired long before now,” Wilson told the paper Monday. “I think the president was hesitant because of all the publicity that he can’t hold staff or he’s a bad manager.”

“I think he made it very clear when he was asked by the media over and over and he said that he would never apologize,” Wilson said. “I think my concern was when he attempted to slander me and to impugn my integrity as a sitting member of Congress when he went to the White House briefing room and actually spoke about it to the American people.”

Wilson said that after the incident in 2017 she’s been watching Kelly and has come to the conclusion he is obviously incapable of stabilizing the president or the White House.

“I have seen him lose a star every six months,” Wilson said, talking about Kelly’s service as a four-star general. “It started with me, but there were so many other instances where he was not this man… that everyone expected him to be. He lost all of his stars, all four stars through many more instances that involved racism, misogyny and immigration. General Kelly needs counseling from a pastor or someone who can help him ask for forgiveness from the nation for all of his insults, not just to me but to the Dreamers who he said were lazy” and for his initial support for Rob Porter, accused of domestic violence.

Wilson is hoping she can get along better with the replacement for Kelly.