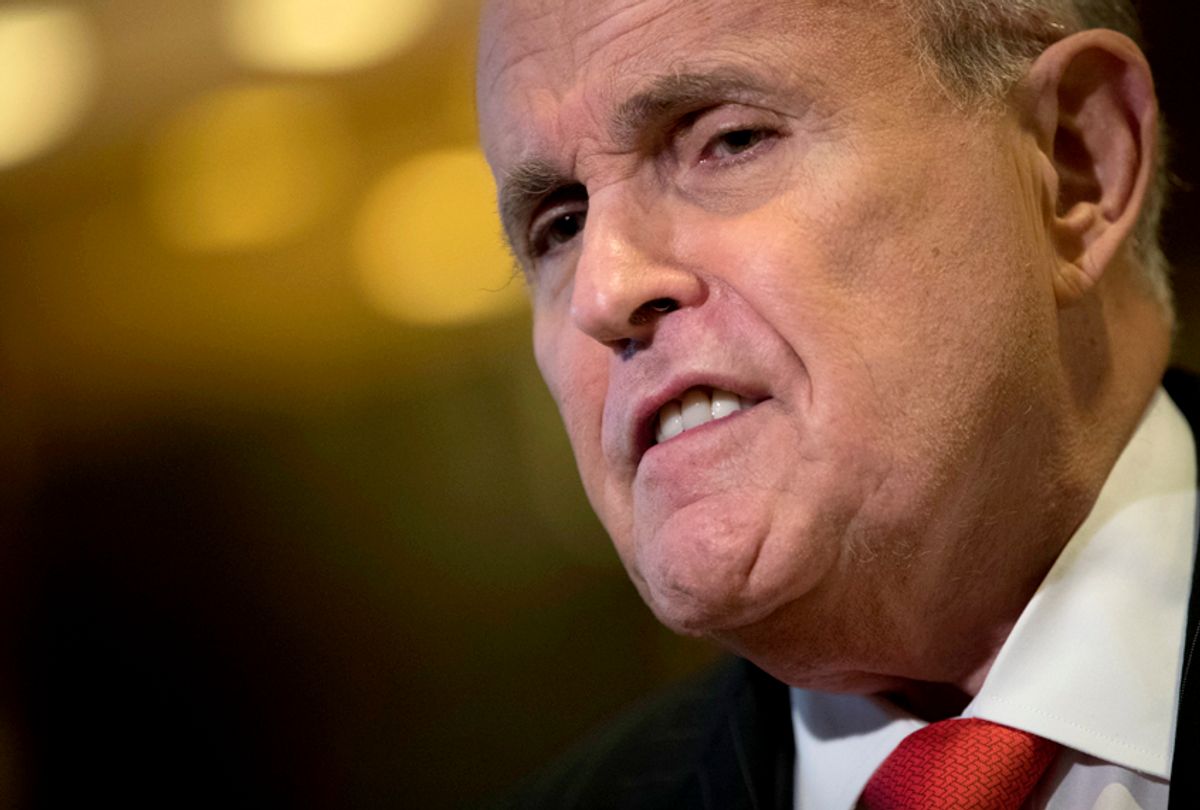 On Tuesday, The Independent reported that President Donald Trump's attorney, Rudy Giuliani, met with lobbyists from the Democratic Republic of the Congo for a reception at a D.C. hotel in July:

An invitation for the reception billed it as an opportunity to learn about "the role Africa plays in gaining access to critical minerals, such as cobalt" and to discuss "the strategic relationship" between the United States and the nations of Africa.

In fact, the reception was part of an aggressive $8 million lobbying and public relations campaign that used lobbyists with ties to the Trump administration to try to ease concerns about Congolese President Joseph Kabila, whose government was facing threats of additional sanctions from the Trump administration for human rights abuses and corruption.

Joseph Kabila became leader of the Democratic Republic of the Congo following the assassination of his father, Laurent-Désiré Kabila. His second term was supposed to end in 2016 and he is constitutionally barred from running again, but he has resisted any transition of power or free elections, which were finally scheduled to take place later this month. Kabila's regime has been accused of extrajudicial arrests and killings, torture, political corruption, use of child soldiers, and persecution of women and LGBTQ persons.

The Trump administration has imposed sanctions and tariffs on a number of countries. Some of these, like targeted sanctions against Venezuelan President Nicolas Maduro, arguably serve a purpose, while others, like tariffs on Canada, make no sense.

Autocratic regimes facing sanctions, however, have stepped up their lobbying efforts to fight back, and per The Independent, they have been spurred "by the willingness projected by Mr Trump and his team to make deals around sanctions and tariffs exemptions."

The worry is that while previous administrations had career officials following strict guidelines to review foreign lobbying efforts free of political concerns, this president and his officials are uniquely responsive to personal gain. Trump has dragged his feet on condemning the Jamal Khashoggi killing by Saudi Arabia, a country whose royal family is heavily invested in his real estate empire. And it is increasingly looking like one of Trump's motivations for his close ties to Russia was his desire to build real estate in Moscow.

The American people, and the whole international order, deserve assurances that the Trump administration is not going to decide how strongly to pursue human rights issues based on the flattery and perks offered his team by lobbyists.