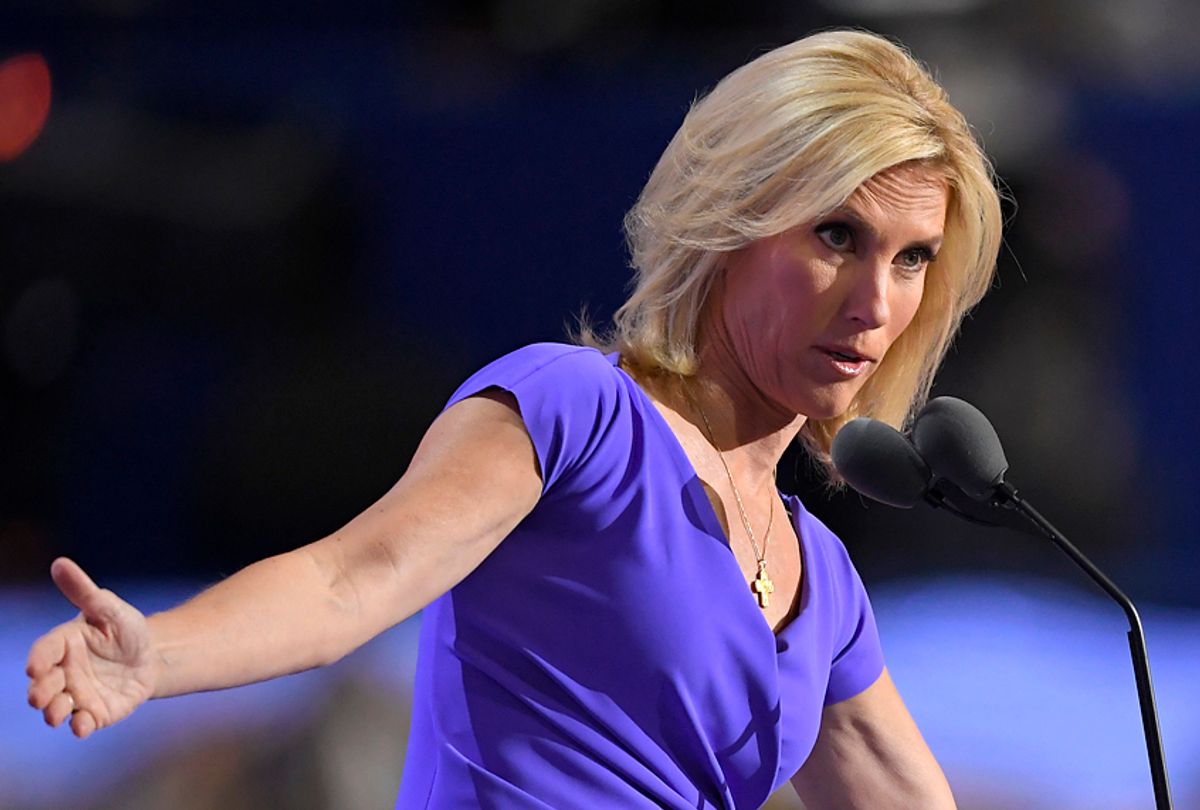 President Donald Trump was corrected by Fox News personality Laura Ingraham when he made a misleading claim about the state of his border wall on Tuesday. Although often supportive of the president, Ingraham drew attention to the fact that Trump made a claim about his promised border wall which didn't pass muster during his hostile negotiations with Democratic congressional leaders in the oval office.

"The president also said something about the wall and its current state that made me curious. Let's watch," Ingraham said before cutting to a clip of the president discussing his border wall.

"A lot of wall has been built. We don't talk about that, but we might as well start. Because it's being built right now. Big sections of wall! And we will continue that," Trump claimed.

"I must have missed the wall being built. What wall?" Ingraham commented. After one of the guests began to defend Trump, Ingraham insisted that "that's not a wall. Stop saying it's a wall. There's no wall. If you want a wall, say we don't have a wall."

She later added, "I know it's bad cause he made the promise but they're not building the wall so you gotta stop saying that!"

Trump: "A lot of wall has been built."
Laura Ingraham: "I must have missed the wall being built... That's not a wall. Stop saying it's a wall. There's no wall... I know it's bad cause he made the promise but they're not building the wall so you gotta stop saying that." pic.twitter.com/N7r7Qkg6ZB

In a related story, Trump is also facing reports that his meeting with House Minority Leader Nancy Pelosi and Senate Minority Leader Chuck Schumer ended angrily over their refusal to agree to $5 billion for his border wall, which Trump has said will be necessary to avoid a government shutdown.

“And when the president left after Pelosi and Schumer left, a number of people saw him, he stormed out of the Oval, walked into an ante-room just off the Oval Office, and had in his hand a folder of briefing papers. And he just scattered them out of frustration, threw them across the room, and expressed frustration to the people who were present, mainly with Chuck Schumer," Los Angeles Times White House reporter Eli Stokols told MSNBC's Hardball on Tuesday night, according to Newsweek.

Stokols' comment refers to how Trump told Schumer in front of cameras that he would be "proud" if it became necessary to shut down the government in the name of "border security."