Ivanka Trump and Jared Kushner pushed "very hard" for a tax break that could benefit them: report

"Ivanka, would you like to say something?" President Trump publicly asked. "You've been pushing this very hard." 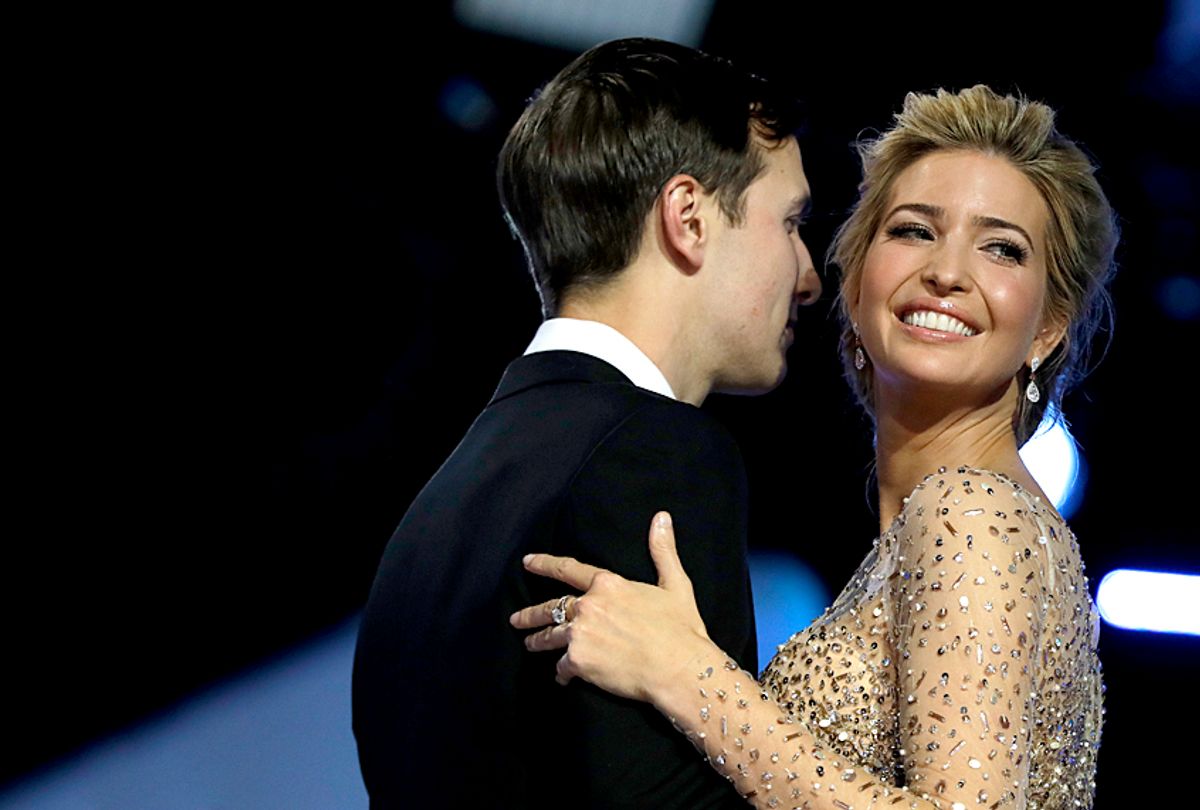 President Donald Trump's eldest daughter, Ivanka Trump, and her husband, Jared Kushner, could benefit financially from a federal program that offers huge tax breaks to property developers who invest in low-income communities across the U.S., an investigation from the Associated Press published Tuesday reveals.

The couple, who both serve as senior White House advisers, have promoted the Opportunity Zone program — a federal tax program that established more than 50 "opportunity zones" across the country. It is designed to create "the incentive to bring capital into communities that are currently being overlooked," Ivanka Trump said during a White House session Feb. 14.

Kushner owns a large stake in the real estate development firm, Cadre, which recently announced that it is planning to build projects from Los Angeles to Miami under the program that could qualify for tax breaks, according to the AP. Separately, the couple owns interests in at least 13 properties held by Kushner's family firm, Kushner Companies, in Maryland, New Jersey and New York that could qualify for the tax breaks in the opportunity zones, the AP reports.

The AP noted that there is no evidence that the couple had a role in selecting any of the nation's 8,700 Opportunity Zones, and Kushner Companies has not specified that it plans to seek tax breaks under the new program. White House spokesman Hogan Gidley told the AP that most of the zones were selected by state governors of both parties "based on what underserved areas would benefit most . . . The White House has nothing to do with these decisions." However, the news outlet notes, "the Kushners could profit even if they don't do anything — by potentially benefiting from a surge in Opportunity Zone property values amid a gold rush of interest from developers and investors."

Virginia Canter, chief ethics counsel for the nonprofit watchdog group Citizens for Responsibility and Ethics in Washington (CREW), told the AP that Ivanka Trump's push for the program "creates a direct conflict of interest with her spouse's investment in Cadre."

Financial analysts have said that the Opportunity Zone program is "one of the most generous tax benefits they have ever seen" and is driving developers to build major projects in the designated areas, according to the AP. The news outlet also highlighted comments made by the president during an Oval Office gathering earlier this year, in which he touted the new real estate investment program before turning to address his daughter. "Ivanka, would you like to say something?" Trump asked. "You've been pushing this very hard."