Javanka remain the true gatekeepers to Trumpland — and according to a new report, they wanted John Kelly gone 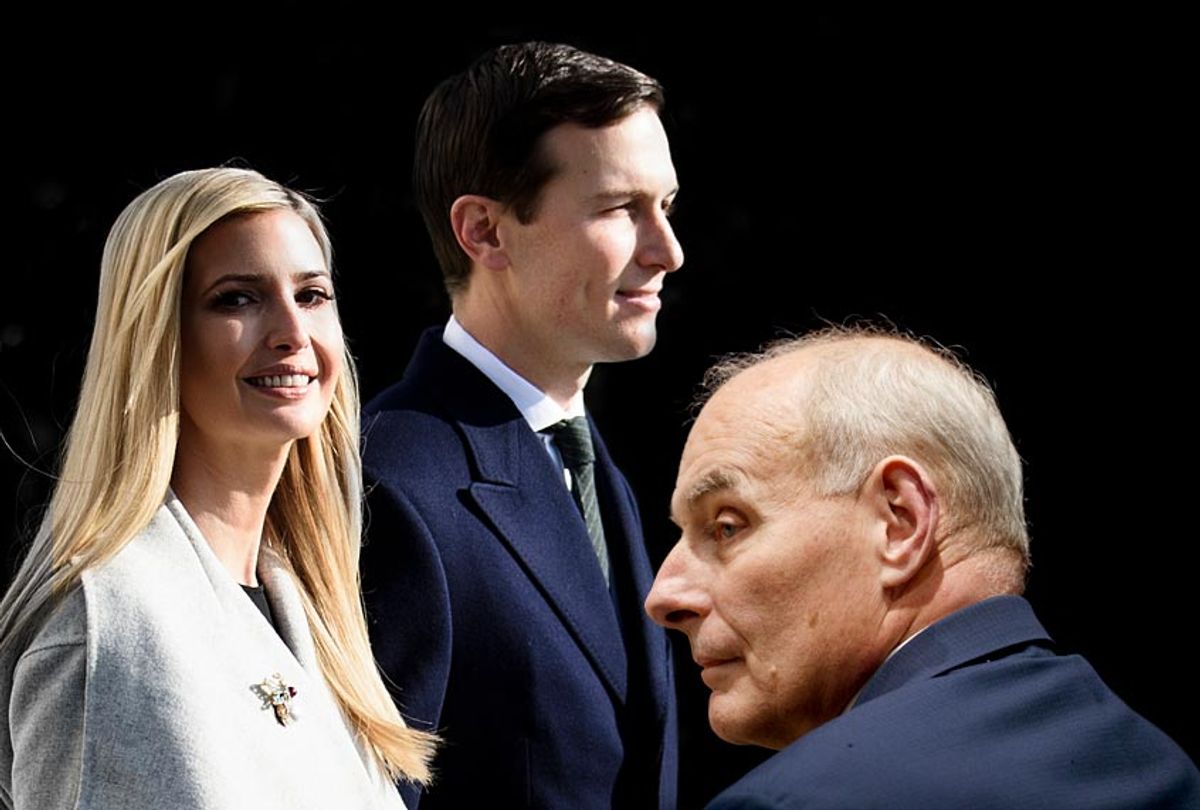 A new report suggests that while John Kelly has been White House chief of staff for the last 17 months, the gatekeepers to power have been and will always be President Donald Trump's powerful daughter and son-in-law, Ivanka Trump and Jared Kushner.

The Washington Post went into detail on the role played by the two Trump family members in a report on Monday. Nick Ayers' decision to turn down President Trump's offer to replace Kelly had left Trump "without a Plan B," the Post reported:

Several of his aides expressed frustration that months of intense campaigning to replace John F. Kelly — an effort led by Ivanka Trump and Jared Kushner, the president’s elder daughter and son-in-law — resulted in yet another chaotic staffing scramble in a White House splintered by factions and rife with turnover.

The Post also made it clear that the efforts by Ivanka and Jared to get rid of John Kelly reflected their deep dislike of the chief of staff. Because the First Daughter and her husband have the president's ear like literally no one else in the White House, their opposition to Kelly meant that they ultimately succeeded in getting rid of him — and then Ayers, their choice for a replacement, ultimately turned down the job.

Ms. Trump and Mr. Kushner’s efforts on behalf of Mr. Ayers were widely seen as a coup attempt, started on behalf of a president who was unhappy with Mr. Kelly but could not bring himself to fire him. Mr. Ayers’s rejection of the offer stunned the couple, who had long resisted Mr. Kelly’s attempt to bend them to a traditional White House hierarchy.

In an earlier New York Times report — this one published Saturday, before Ayers had officially spurned Trump — the extent of the Javanka-Kelly tension was also explored:

If Mr. Ayers accepts the job, his appointment would be seen inside the White House as a coup for Ivanka Trump, the president’s daughter, and her husband, Jared Kushner, who clashed with Mr. Kelly and are seen as close to Mr. Ayers. The view inside is that they are now “running the building,” one of the president’s allies said.

Mr. Kelly had long complained that Ms. Trump and Mr. Kushner, both top advisers to the president, were “playing government.” He had repeatedly tried to limit their influence amid complaints from others in the West Wing that they did not operate within the system.

With Kelly on his way out, other White House advisers who are viewed as part of Kelly's inner circle may also find themselves vulnerable. This includes Secretary of Homeland Security Kirstjen M. Nielsen, whose job has already been offered to other people by the president, and Zachary D. Fuentes, the deputy chief of staff who, along with Kelly, was blamed by the president for a faux pas in which Trump missed a World War I commemoration in France due to bad weather.