Trump warns Democrats against impeachment: "The people would revolt" 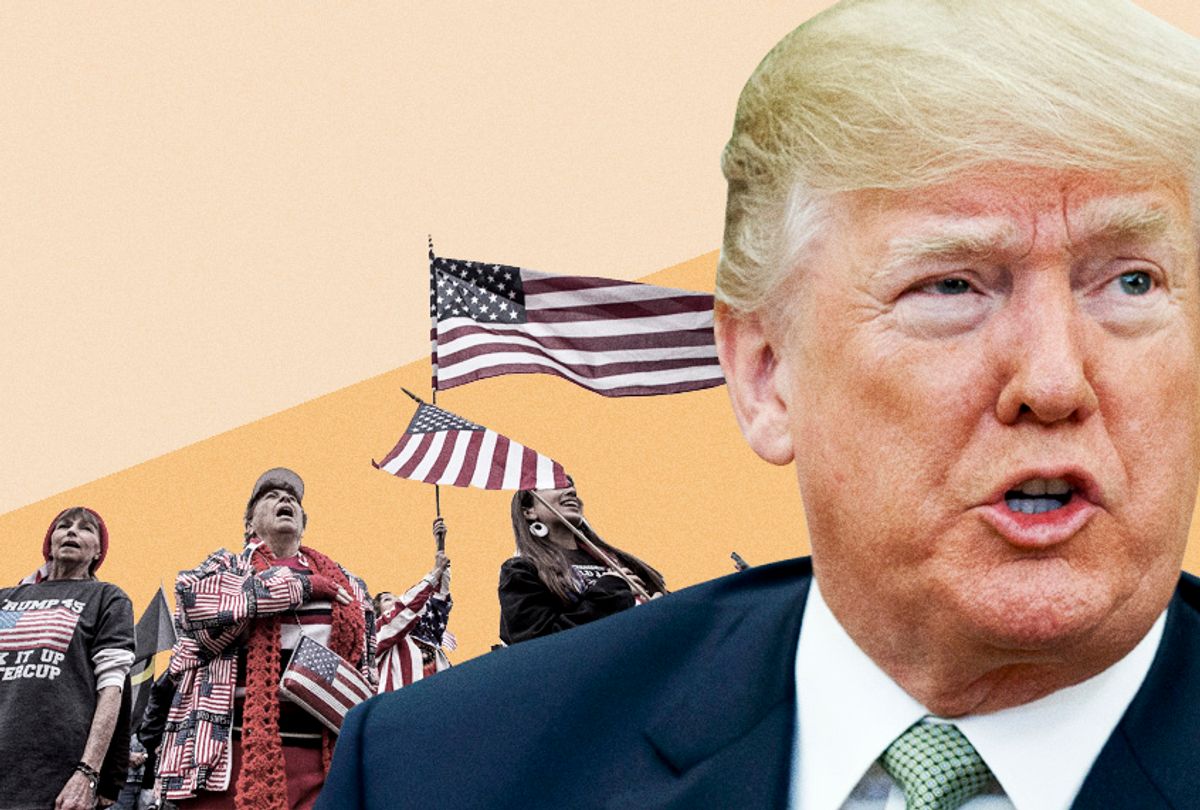 President Donald Trump expressed confidence that he won't get impeached because, if he does, people will "revolt" against the situation.

During an Oval Office interview with Reuters on Tuesday, Trump answered a question about whether he's worried about getting impeached by insisting that "it’s hard to impeach somebody who hasn’t done anything wrong and who’s created the greatest economy in the history of our country."

He continued: "I’m not concerned, no. I think that the people would revolt if that happened."

The reason Trump was asked about impeachment is that federal prosecutors from the Southern District of New York claimed that Trump instructed his lawyer, Michael Cohen, to make six-figure payments to two women so that they would not disclose his alleged affairs with them prior to Election Day 2016. If true, this could constitute a violation of campaign finance laws and theoretically put Trump in danger of being impeached.

Trump brushed off these possibilities during his Tuesday interview with Reuters.

"Michael Cohen is a lawyer. I assume he would know what he’s doing," Trump told Reuters when they asked about what he had discussed with Cohen prior to making the payments.

Trump's comments echoed remarks made by his adviser Roger Stone during an interview with TMZ last year.

"Try to impeach him. Just try it. You will have a spasm of violence in this country, an insurrection like you’ve never seen," Stone told TMZ in an interview on the possibility of Trump being forcibly removed from office, according to Politico.

Stone later attempted to mitigate any potential PR problems from his remark by insisting that he was "not advocating violence" but instead merely "predicting it." Nevertheless, Stone claimed that "both sides are heavily armed, my friend. This is not 1974. People will not stand for impeachment."

He also claimed that any member of Congress who voted to impeach Trump "would be endangering their own life."

Despite Trump's professions of confidence that he won't be impeached, a report by CNN earlier this week described the president as being "increasingly concerned in recent weeks about what his administration is facing come January, when newly empowered Democrats are expected to unleash the full force of their oversight powers on the Trump administration." House Democrats will be empowered to request the president's tax returns, force his Cabinet secretaries to testify and hold him accountable for unpopular, controversial and/or potentially illegal policies.