Austin is painfully, rapidly gentrifying — and new investment from Apple is poised to make things even worse 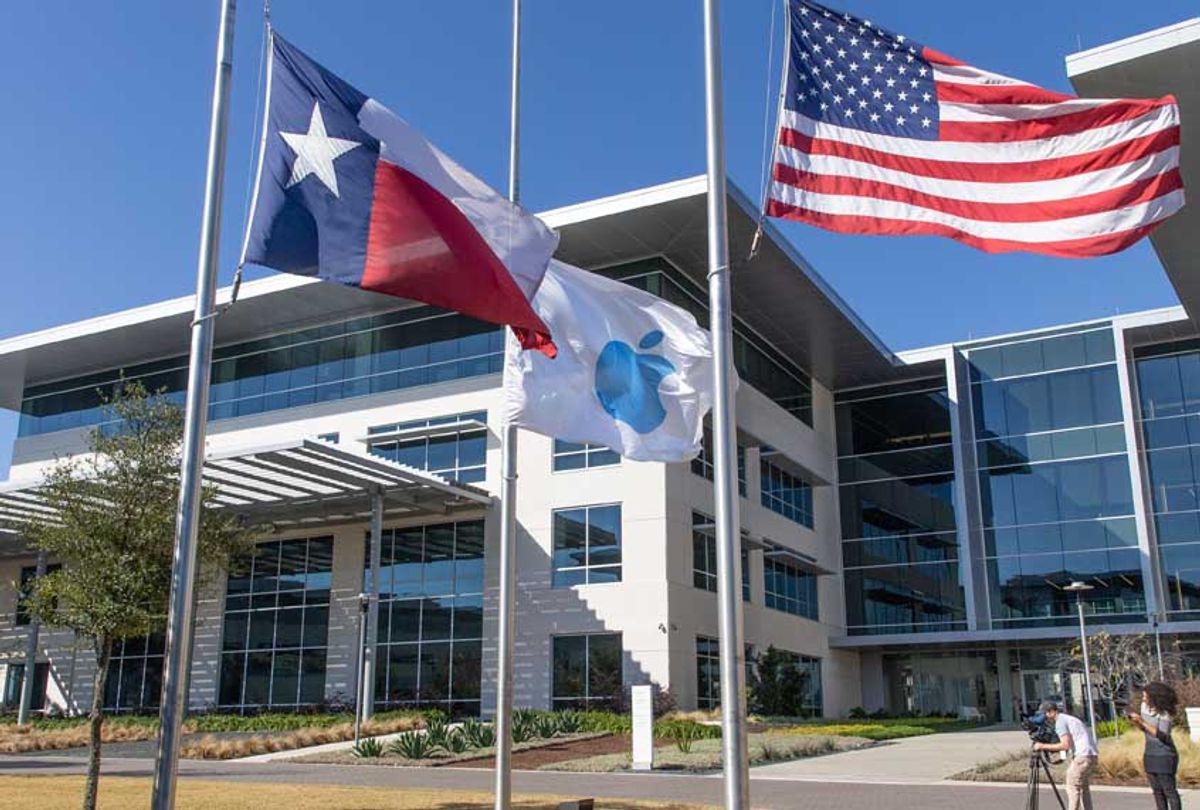 Tech giant Apple announced new expansion plans on Thursday, which included a $1 billion campus in Austin, Texas. The new campus will be less than a mile from its existing facilities and is planned to accommodate 5,000 additional employees — with the capacity to grow to 15,000, according to the announcement. This would make Apple the largest private employer in Austin. Yet while civic leaders and corporate boosters are celebrating the announcement, many locals are unhappy about the displacement and social havoc that wealthy white-collar programmers may bring.

“Apple is proud to bring new investment, jobs and opportunity to cities across the United States and to significantly deepen our quarter-century partnership with the city and people of Austin,” said Tim Cook, Apple’s CEO. “Talent, creativity and tomorrow’s breakthrough ideas aren’t limited by region or zip code, and, with this new expansion, we’re redoubling our commitment to cultivating the high-tech sector and workforce nationwide.” Apple Park, the famous circle-shaped office complex located in Cupertino, California, is Apple's largest corporate campus.

Austin Mayor Steve Adler praised the announcement in a statement.

“Apple has been a vital part of the Austin community for a quarter century, and we are thrilled that they are deepening their investment in our people and the city we love,” he said.

Following the tax bill signed into law in January by President Donald Trump, Apple vowed to bring back $252 billion in cash from overseas and reinvest a sizable amount of it back into the American economy. While the Austin news is positioned to paint a positive economic outlook for the city, the city's working-class residents are not apt to perceive it the same way. That's because Austin is a city that is becoming increasingly unaffordable to those who don’t work in tech, mirroring what has already happened in San Francisco.

“If I had to do a tech scale of gentrification, I would say Austin is similar to San Francisco — look at San Francisco and all the tech companies there and the affordability consequences that has created,” Fred L. McGhee, an urban and environmental anthropologist and author of "Austin’s Montopolis Neighborhood," told Salon. McGhee, who lives in the working-class enclave of Montopolis, said working-class Austinites were recently displaced by the opening of a new Oracle campus in the East Riverside Corridor. "The city’s facilitation of [the Oracle campus] has displaced thousands of people from an area that was affordable for decades," McGhee told Salon.

According to a report on residential displacement entitled “Uprooted,” from the University of Texas at Austin, redevelopment in Austin has happened at the expense of low-income residents — often people of color and especially in the city’s eastern area.

“Absent major interventions by the City of Austin and other stakeholders, these residents — who are largely low-income persons of color — will be pushed out farther away from opportunity and dislocated from their communities,” the report stated. “In the process, neighborhoods that have historically been home to African-American and Hispanic residents will lose their cultural character and become enclaves for largely white and wealthier residents.”

McGhee said the proposed Apple site is fortunately not located in East Austin, thus not posing a direct threat to the part of the city experiencing the worst of gentrification.  However, it does raise bigger questions around the direction the city is headed.

“Do we really need it? It’s a big picture thing as much as anything from standpoint of people here in Montopolis ... are they going to be able to get any of those jobs? Apple hasn’t reached out to us and neither has the city. Nobody has spoken to us to tell us where their priorities are,” he added.

Juan, an organizer for Defend our Hoodz in Austin, an organization fighting gentrification in the city, told Salon announcements like these can fray nerves in Austin — specifically among working-class people.

“The city is continuously becoming less affordable for anyone to live [in a] central [neighborhood] who doesn’t have one of these well-paying tech jobs,” said Juan, who preferred to keep his last name anonymous due to previous harassment from far-right groups. “We see these kinds of things as non-beneficial or great for working class people in Austin.”

He added that tech companies moving to Austin don’t serve the working class, despite liberal politicians such as Mayor Adler pushing for them.

“It’s a liberal bubble where liberals are celebrating tech companies that don't actually serve the working class,” he said.

Austin isn’t the only American city with ambivalence about big tech companies moving in. Amazon’s announcement that it would build a new headquarters in Queen, New York, led to protests in the Big Apple.

Nicole Joslin, Executive Director of the Austin Community Design and Development Center, told Salon in an email Apple’s new office could serve as “an opportunity for our leadership to have serious conversations with large employers in the city about supporting community benefits with their investment and to engage in conversations about employer assisted housing programs.”

“It would be fantastic to see this campus developed alongside the surrounding community to ensure its benefits are shared by all and its negative consequences such as displacement are minimized,” she added.