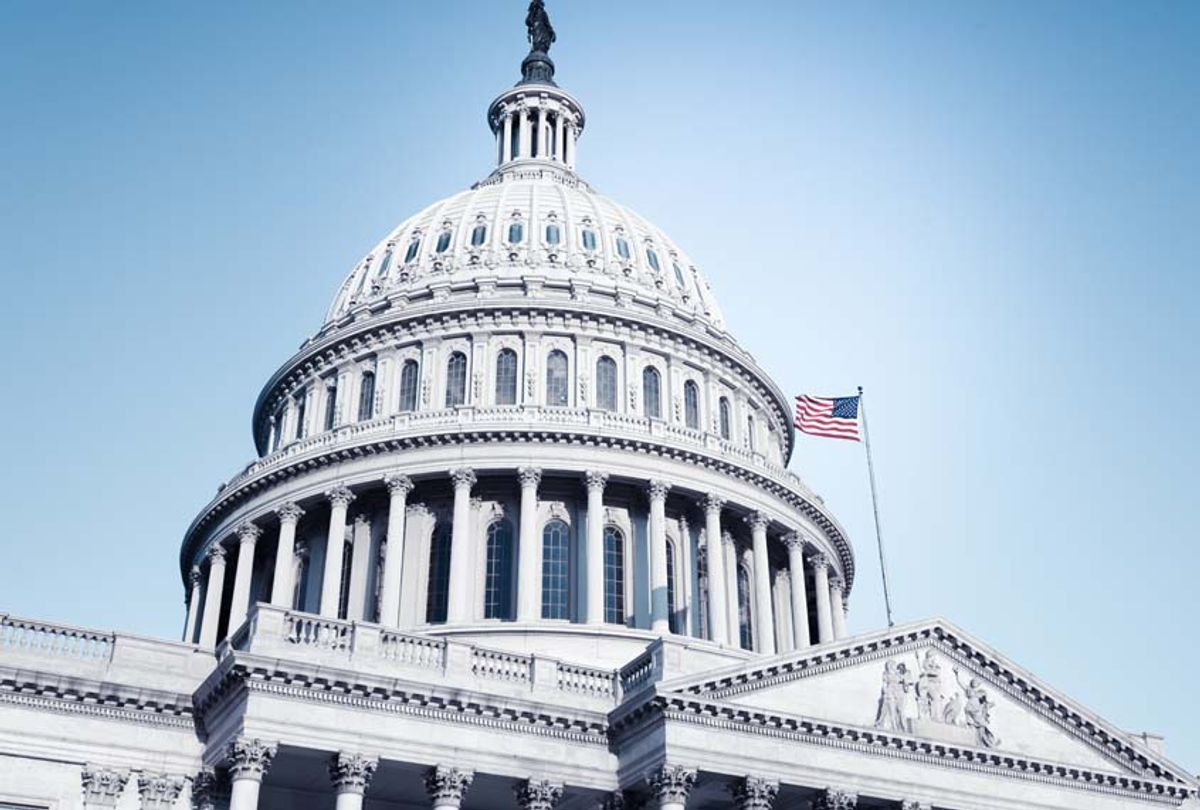 After months of negotiations, and more than a year after the #MeToo movement toppled a long list of powerful men accused of sexual harassment and abuse, the House and the Senate reached an agreement on Wednesday to reform Capitol Hill's policies in response to sexual harassment.

The legislation, which represents the first major response to Capitol Hill's sexual harassment problem (apart from mandatory anti-harassment training for lawmakers and staff), would hold members of Congress personally liable for their own misconduct and related retaliation in the workplace — including those who leave office.

"We have reached an agreement with the Senate on a strong package of reforms to the Congressional Accountability Act of 1995 that will focus on protecting victims, strengthening transparency, holding Members accountable for their personal conduct, and improving the adjudication process," House Speaker Paul Ryan (R-Wis.) and House Minority Leader Nancy Pelosi (D-Calif.), along with other key lawmakers, said in a joint statement.

"We believe this is a strong step towards creating a new standard in Congress that will set a positive example in our nation, but there is still more work to be done," the pair added.

The agreement follows nearly seven months of negotiations between the two chambers of Congress, who passed their own versions of the bills earlier this year, and arrives with just one week to spare before the congressional session is set to end. As NBC News notes, the legislation "comes as a reaction to a significant number of current and former legislative aids — mostly women — who revealed they were harassed by a member of Congress or a high-ranking aide." At least half a dozen individuals were forced to resign within the past year after allegations of sexual harassment or misconduct surfaced.

While exact language of the landmark legislation was not released, as of this writing, the Senate Rules Committee confirmed that "lawmakers will be required to reimburse the Treasury Department for settlements and awards resulting from harassment or retaliation they commit," the Washington Post reported. Currently, settlements are paid by taxpayers.

"Everybody will understand their personal liability and their personal responsibility – and that will be a good thing," Senate Rules Committee Chairman Roy Blunt (R-Mo.) told reporters Wednesday. Blunt also said that he expects the Senate to vote on the bill by the end of the week, according to NBC News,

The reform is a win for advocates, who have argued that changes to the way Congress handles sexual harassment and misconduct allegations is long overdue. Indeed, Capitol Hill's system for reporting harassment and discrimination in congressional offices has come under intense scrutiny amid claims that it favored lawmakers over staff. Under the new agreement, the Washington Post explains, the system will be more transparent, as "awards and settlements would be publicly reported, including whether a member of Congress was held personally liable, and a staff survey would be conducted each Congress about workplace culture."

Additionally, unpaid staff — including interns and fellows — would be extended protection and receive opportunities to work remotely or request paid leave, according to the newspaper. In regards to the free counsel available to accusers, the Post reports that "Senate staffers will have access to a confidential advocate who must be an attorney but cannot provide legal representation. House staffers will have access to full legal representation."

The Post adds that the sweeping legislation will be swiftly implemented in the House and the Senate, and the new rules would take effect before January when the new Congress convenes and as Democrats take control of the House.