State Sen. Barbara Bollier tells Salon she's had enough of the Republican Party: "I can no longer be complicit" 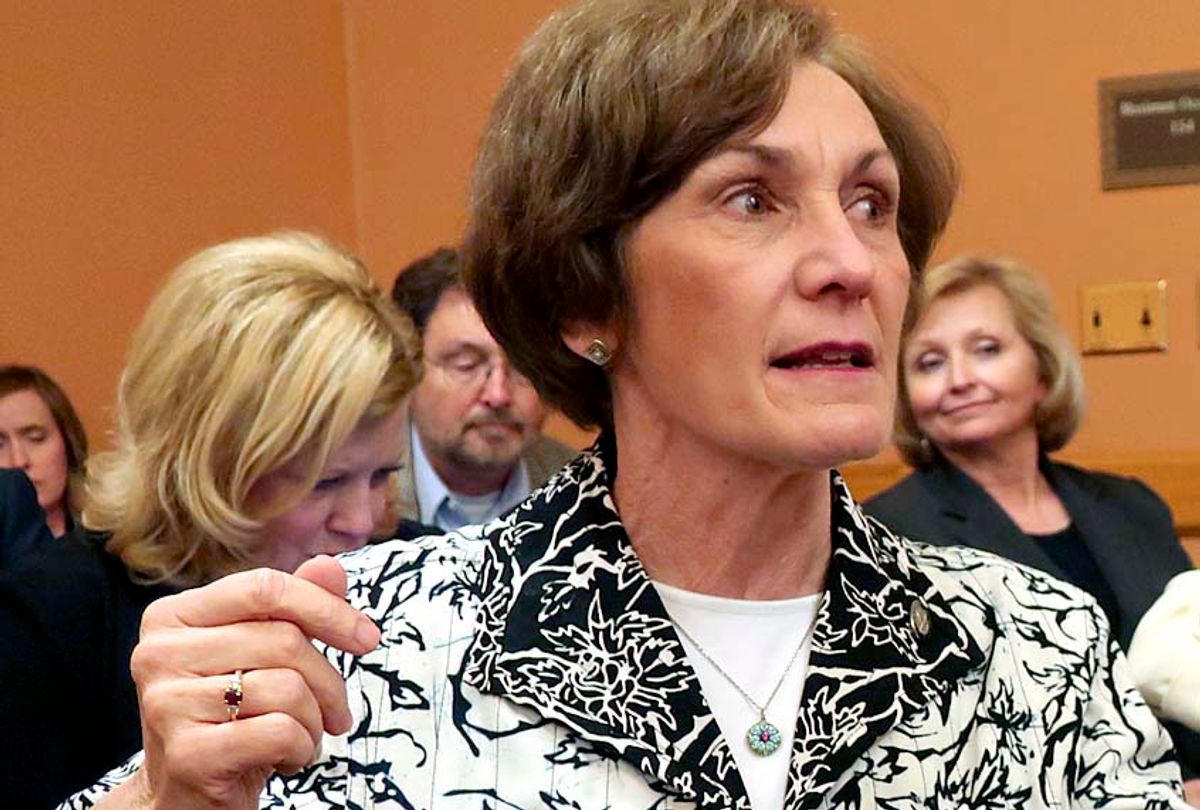 When Salon reached out to Sen. Barbara Bollier, a legislator in Kansas who recently left the Republican Party to join the Democrats, she didn't want to talk.

It wasn't because she was unfriendly. Quite to the contrary, she was incredibly gregarious ... but she was also returning from having a root canal.

"Yes, having a root canal was easier than finding people willing to work together on issues rather than railroading their own ideology through the Kansas Statehouse," Bollier told Salon by email when she was asked whether achieving bipartisan results or oral surgery was more painful. She added, though, that "Kansas has a Democratic/Moderate Republican coalition that I am certain will continue working together for the good of Kansas."

Bollier's decision to leave the Republican Party does not come as a complete surprise. The state senator from Kansas' District 7, which voted overwhelmingly for Democratic gubernatorial candidate Laura Kelly over Republican Kris Kobach last month, has disagreed with Republican leadership over the past few months, according to the Shawnee Mission Post. After she endorsed both Kelly and Tom Niermann, the Democratic candidate for Congress in her district, the party took away her senate committee assignments.

So what prompted Bollier to leave the GOP — and, for that matter, why did she become a Republican in the first place?

"When I registered to vote in 1976, Kansas was led by moderate Republicans; over the course of those forty plus years, the Republican Party has steadily moved away from the value system I stand for, particularly funding public education and government closest to the people," Bollier explained.

She also discussed the response she has received for switching parties.

"As for public reaction, I could have answered that question months ago when I endorsed Gov.-elect Laura Kelly across party lines: Those that prefer good government over politics support me," Bollier said.

"People are hungry for leadership that represents their value system, and the vast majority of my constituents want our public schools funded and Medicaid expanded. As a public servant, there will always be people who disagree with my decisions. This decision was not just about me, but was to show all Americans that when things are not right, we must courageously speak out. In the end, my own moral integrity had to be upheld and that was no longer possible within the Republican Party."

Bollier is notable for supporting an initiative by Scott Morgan, a former aide to Republican Sens. Nancy Kassebaum and Bob Dole, to create an independent Party of the Center in Kansas that will represent the moderate values she holds. As she explained to the Post, "I still support a movement like that for a moderate party, but I have found that the rules of the legislature are really set up for a two-party system. If you aren’t affiliated with one of the two parties, you can’t sit on committees. And until that changes, there isn’t going to be a way to make it work."