"Put down your male fragility": How men can talk about gender and sexism productively 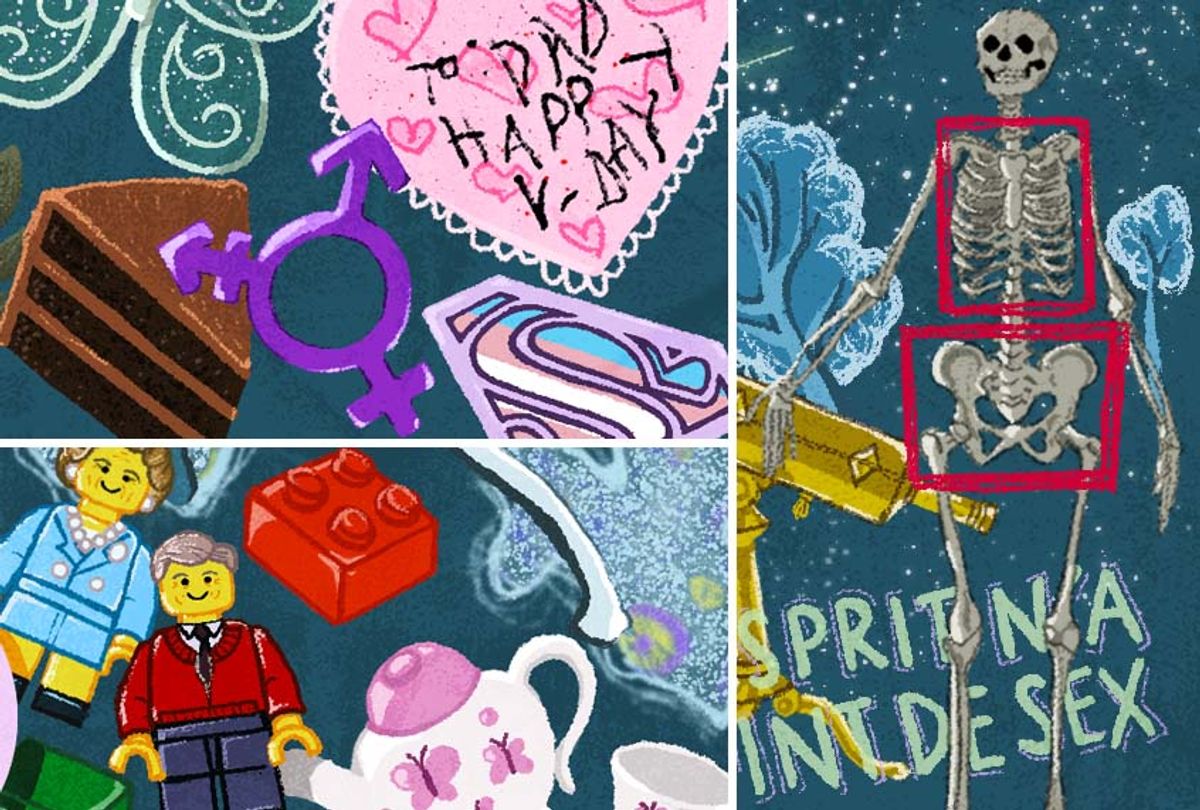 Artwork by Mara Guevarra, CDS Staff (Courtesy of the Center for Documentary Studies at Duke University)
--

While I’ve spent the past season of Inflection Point focusing on what women can do to have more real-world power, "Scene on Radio" host  John Biewen and his co-host, award-winning journalist Celeste Headlee, have been examining how the patriarchy we’re rising up against was formed in the first place — and what to do about it. But can we convince more men to see that it’s time for a change?

John Biewen isn’t new to exploring the many facets of systemic injustice or, for that matter, acknowledging his unearned societal privilege as a white male. Last season on "Scene on Radio," Biewen dove into the rabbit hole that is white supremacy for a series called Seeing White.

“I had in that case invited Chenjerai [Kumanyika] to come in and be my collaborator on that project,” Biewen told me in our conversation for "Inflection Point." “We had conversations that were part of each episode to kind of unpack things. And I made it a very transparent part of the of that project that I am a white middle class dude trying to look at whiteness and race . . . and I am inherently suspect as the person doing that, and I need someone to kind of check my work.”

For his latest season, called MEN, John knew he needed a woman’s voice to help guide him and the audience through the experience of living at the short end of the gender power stick. Bringing in award-winning journalist Celeste Headlee as a collaborator was, in Biewen's words, a "no-brainer."

The vulnerable, sometimes painful conversations the co-hosts have about their experiences living within the patriarchy are what make MEN so much more than a dry, academic exploration of gender inequality. And Biewen and Headlee couldn’t have had these moments without a strong foundation of mutual trust and respect.

“It could have very well been that I was just liability insurance. With different kinds of podcasts, that could have been my role: to just say ‘hey, we had a woman. She was a co-host,’” Headlee told me of her experience working with both Biewen and John Barth, PRX’s head of content. “But it was made clear by both Johns that that's not what they wanted from me. They wanted a full voice and a full partner, and I took them at their word.”

Biewen says getting more men on board with gender equality is less about women shaming men into giving up power, than it is teaching men that there’s more than enough room at the top of the ladder for everyone.

“It's a little bit hard to express, but there's a sense of investment that men have in our position at the top of the gender hierarchy that we just have to be willing to let go of,” said Biewen. “To just kind of soften that muscle and be willing to say: ‘OK I'm going to listen. I'm going to listen, and I'm not going to be so quick to flex that muscle--to swing back and say, “how dare you say something like that to me’--and not take it all so damn personally.”

Most of all, Biewen says, we need to show men that they may not be responsible for creating patriarchy, but they benefit from it at the cost of others. And for that reason, we’re all responsible for helping to make something better for future generations.

“We didn't invent this thing, you know. We all were born into, first of all, the bodies and the gender identities that nature and our brains gave us, but also the system,” Biewen said. “And I think we have a responsibility to look around and to say, ‘Is this is this actually fair and just and right? Do we need to change it?’ But we don't need to flagellate ourselves with with guilt just because we happened to be born male identified.”

Hear more of my conversation with John Biewen and Celeste Headlee, co-hosts of "Scene on Radio — MEN," on the latest episode of "Inflection Point."

If these voices matter to you, please support the Inflection Point podcast to keep the conversations going. Go to Patreon.com/Inflectionpoint to contribute today.