Trump officials now claim they can deport Vietnam War-era refugees who have lived in the U.S. for decades 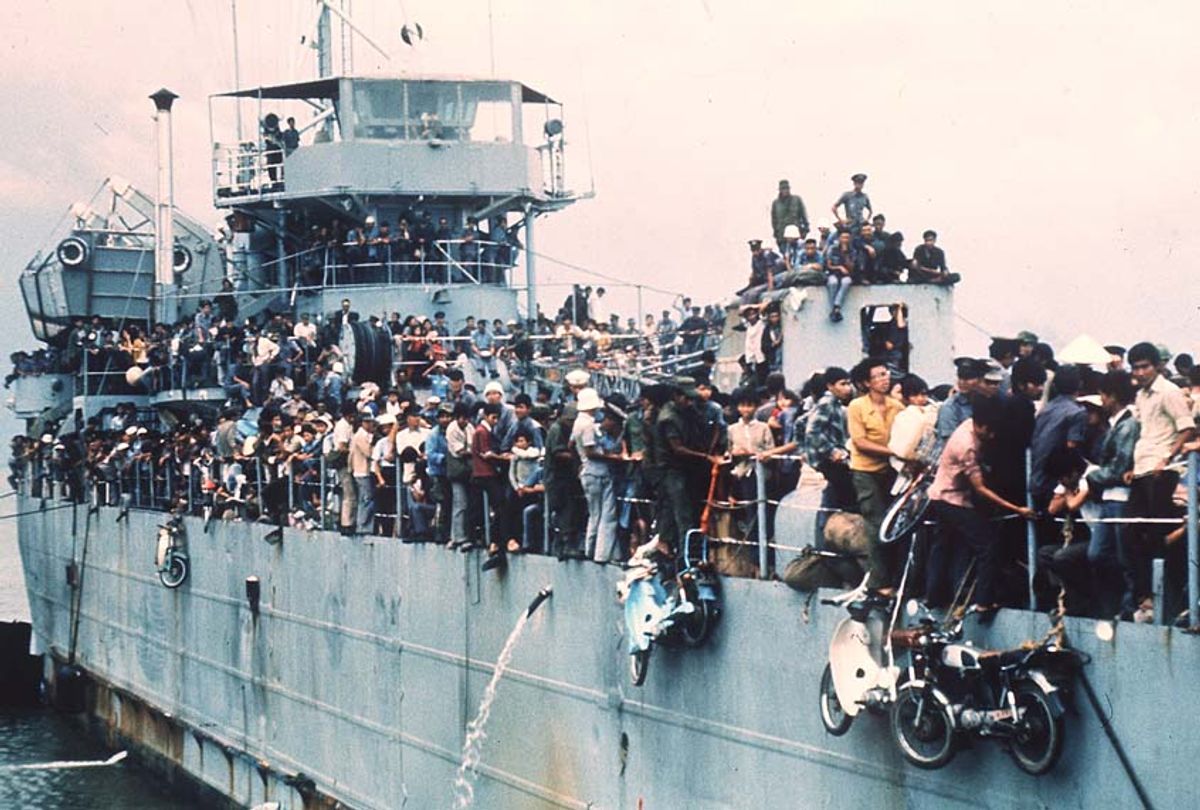 The Trump administration is targeting certain protected Vietnamese immigrants for deportation, including many who fled as refugees during the Vietnam War.

Last year, the New York Times reported that the Trump administration had decided to unilaterally reinterpret a 2008 agreement that all Vietnamese immigrants who arrived before July 1995, when Vietnam and the United States re-established diplomatic relations, could not be deported. The administration now takes the position that immigrants convicted of crimes were exempt from the protections in the agreement.

Homeland Security officials began to round up immigrants from Vietnam and Cambodia, who have lived in the country for decades, and prepared to deport them. DHS said that most of the 8,000 immigrants the administration targeted for deportation had committed crimes.

The Vietnamese government rejected the move despite pressure from the U.S., and only about a dozen people were actually deported.

Many of the remaining immigrants were held for months in ICE detention before the administration appeared to back down from the move while facing a class action lawsuit over the detentions.

The administration has now resumed its attempts to deport the refugees, The Atlantic reported.

James Thrower, a spokesman for the U.S. embassy in Hanoi, told the Atlantic that the administration now believes the 2008 agreement does not protect pre-1995 Vietnamese immigrants from deportation, and that the government will now move to deport any such immigrants who are undocumented or have committed crimes.

Katie Waldman, a spokeswoman for the Department of Homeland Security, confirmed that the administration has “5,000 convicted criminal aliens from Vietnam with final orders of removal.”

“These are non-citizens who during previous administrations were arrested, convicted, and ultimately ordered removed by a federal immigration judge,” she said. “It’s a priority of this administration to remove criminal aliens to their home country.”

Ted Osius, the former U.S. ambassador to Vietnam who resigned from the State Department last year when the Trump administration tried to change the terms of the deal, accused Trump of going back on the agreement.

“We understood that the agreement barred the deportation of pre-1995 Vietnamese. Both governments — and the Vietnamese-American community — interpreted it that way,” he told The Atlantic.

He told the New York Times last year that the administration was targeting “refugees from a war that we were prosecuting,” adding that “some of them were in [Communist] re-education camps; all of them were on the side of the South,” meaning the government in South Vietnam then supported by the U.S.

“Forty-three years ago, a lot of the Southeast Asian communities and Vietnamese communities fled their countries and their homeland due to the war, which the U.S. was involved in, fleeing for their safety and the safety of their families,” Kevin Lam, organizing director of the Asian American Resource Workshop, told the Atlantic. “The U.S. would do well to remember that.”